After each game, we have go through a lot of media questions. First, we talk to Colleen Jones and Devin Heroux with CBC, and then we go through another room of TV cameras for televisions networks from other parts of the world. 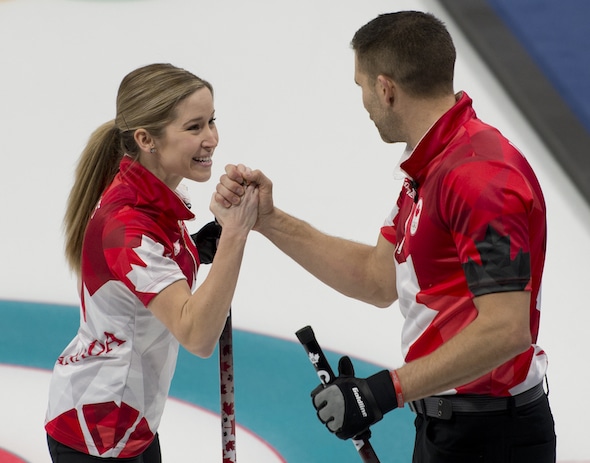 And finally, we got through ANOTHER room with newspaper and radio reporters who have even more questions.

After our win over Switzerland today, I was asked a really great question by a New York Times reporter. He asked me, ‘How to athletes avoid getting sick during the Olympics.’ And that’s right in my wheelhouse.

Teams bring doctors, physiotherapists — and that’s great, you need that. But what they’re bringing is people to help you after you get sick. It’s treatment after the fact, it’s not prevention. I’m a big believer in preventative treatment, boosting your immune system. I think it’s vital.

The trip over here was a great example. A thirteen-hour flight, and I felt myself getting a cold on the way here, I could feel it in my throat. But I always bring a package of immunity-boosting supplements (including Vitamin C, zinc and echinacea), and I started crushing them the next three days after we arrived in Seoul.

When I was younger, I would have gotten a full-on cold that would have lasted five or six days and could have impacted my performance here. A while ago, I took a nutrition program and really learned about the supplements that can help your body and boost your immune system.

Preparing for the Olympics goes beyond training in the gym and throwing rocks at the rink. You have to be prepared for being outside your normal environment, because the biggest problem you’ll be exposed to is getting sick. You’re around different air here, stagnant air on the plane, so you have to make sure you’re ready for that, and I’ve barely gotten sick in the last three or four years because of that kind of preparation.

We had a really good game today against Switzerland, but we had some issues with the pre-game last-shot draw measurements; it looked like the electric measurement device malfunctioned, and it seemed to affect the numbers on all four sheets. We had a long talk with the officials after the game, and we’re hoping they deal with this issue in a hurry. 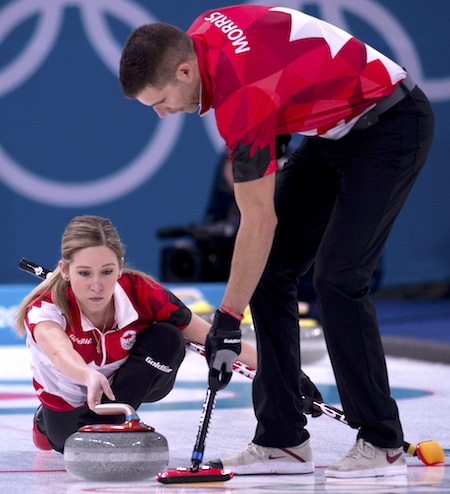 I see the merit in the attempt to make the measurement so precise; the problem is that it’s quite complicated, you need a calculus degree for a layman to figure it out, and it seems much more prone to error because of the complexity of the system.

We’ve seen it happen before, and that’s worrisome. If it were foolproof, I wouldn’t have a problem with it. But it’s not. This is Olympics, and you could have a team eliminated because of an error like this. Curling should boil down to who can play the best, who’s the strongest team, and we’re bringing in an X-factor that could potentially cost someone a medal and that worries me. The bottom line is that we want a system that’s fair and valid, and also fool-proof.

As for the game itself, Kaitlyn was really on fire. She made the shot of the game with her inturn freeze in the fifth end (that resulted in a steal of one for Canada). Just a dandy draw; they had us in a bit of heat, and that was a real game-clincher.

We’re back on the ice tonight (6 a.m. ET Saturday in Canada, TSN1, TSN3, TSN4) against the Olympic Athletes from Russia. They’re a very strong team; I would say (Anastasia) Bryzgalova is one of the best mixed doubles players I’ve seen; there’s a reason she’s throwing the middle three, because she’s a shooter. So we know they’ll be tough, but we like what we have going on right now.

(John Morris is half of Canada’s Olympic mixed doubles team, and is attending his second Winter Olympics. Keep checking curling.ca for blogs from Canadian athletes and coaches attending the Winter Olympics; you can watch a replay of the game by CLICKING HERE)