We were waiting for this morning for a long, long time, ever since winning at the Trials in December, and it was exciting — definitely exciting! 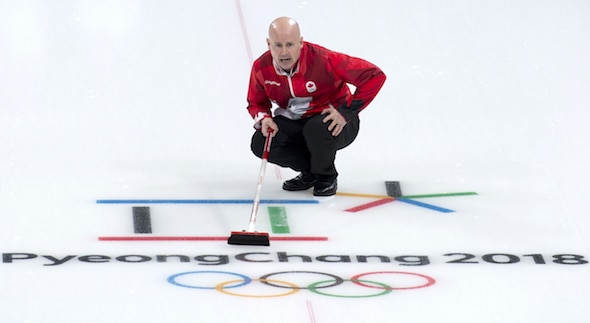 This is my second Olympics, and there were some similarities to 2010 when it comes to nerves. There was a lot of killing time over the last 10 days thinking about this moment of going out there finally to play. But I think I was more relaxed this time than in 2010.

I got a little more fired up last time. We actually needed a really good draw from the Bear to the four-foot to win that first one against Norway in the extra end in 2010. And today against Italy was close as well. Both really tight games.

We were really patient today, and we controlled our emotions really well. It would have been easy to get frustrated, and we didn’t. I thought we actually played pretty well. I said to Brent after the fifth end that we’ve played a lot worse and had bigger leads after five. So, for ourselves, it was a really good game. And the talent pool around the world right now is deep; teams are very good. So we have to keep that in mind for every game that we play here.

Of course we were watching the mixed doubles gold-medal game last night, and it was amazing to see Kaitlyn and John on top of the podium. We watched at the Athletes’ Village; I would have loved to be here, but we were just worried about not getting enough rest for this morning. But they knew that we were with them in spirit. I take a lot of inspiration from John; personally, he’s been a huge part of my career, so to see him put his mind to mixed doubles and succeed the way he did is inspiring and motivating. I love the guy, so I was pretty happy for him. 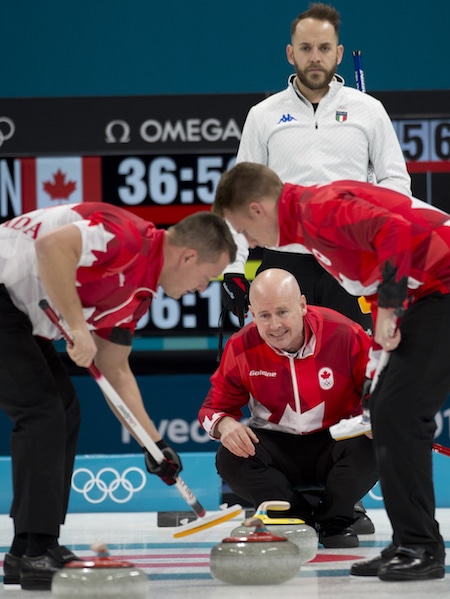 They set the tone for the Canadian curling teams, and we need to follow through. We have lots of really tough games coming up, but I think we gained a lot from watching Kaitlyn and John manage the ice and rocks. I think we got a pretty good idea of what to expect when we got out there today, and they were able to help us from a tactical standpoint, too.

We’re only one game in, but this experience has been beyond expectations. Honestly, it’s just always humbling to be wearing the Maple Leaf, and having the opportunity to do it this many times now is unbelievable. I don’t take one second of it for granted. I know it’s probably my last Olympics, so I’m just trying to enjoy every single minute of it.

We’re going to get some rest now, and we’ll back on the ice tonight against Great Britain. It should be a great game; hope you enjoy it back home!

(Marc Kennedy is the vice-skip of Kevin Koe’s Canadian men’s Olympic curling team, and is playing in his second Winter Olympics. Keep checking curling.ca for blogs from Canadian athletes and coaches attending the Winter Olympics; you can watch a replay of the game by CLICKING HERE)