The round robin wrapped up on Thursday night, and sixteen teams – eight boys’, eight girls’ – will now move on to the Championship double-knockout round of the 2018 Canadian Under-18 Curling Championships in St. Andrews, N.B. 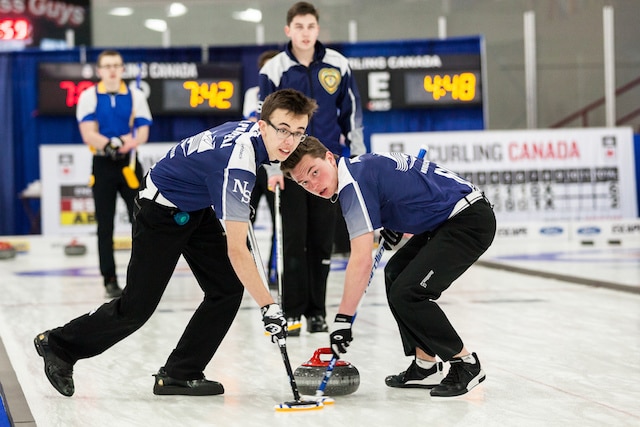 Leading the way on the boys’ side is Northern Ontario’s Jacob Horgan, the 2017 Under-18 champion, who finished at the top of Pool B with a perfect 5-0 record. Horgan is joined by three teams from Pool B, Newfoundland and Labrador (4-1), Quebec (3-2) and New Brunswick (2-3), as well as the top four teams from Pool A, including Manitoba (4-1), and Nova Scotia, Ontario and Alberta, who all finished with 3-2 records. On the women’s side, the top four Pool A teams – Ontario and New Brunswick (5-1), Saskatchewan (4-2) and B.C. (3-3) – will join the top four from Pool B – Alberta (5-1), Northern Ontario and Quebec (4-2) and Nova Scotia (3-3) – in the Championship double-knockout round to determine who will move on to the semifinals on Saturday. 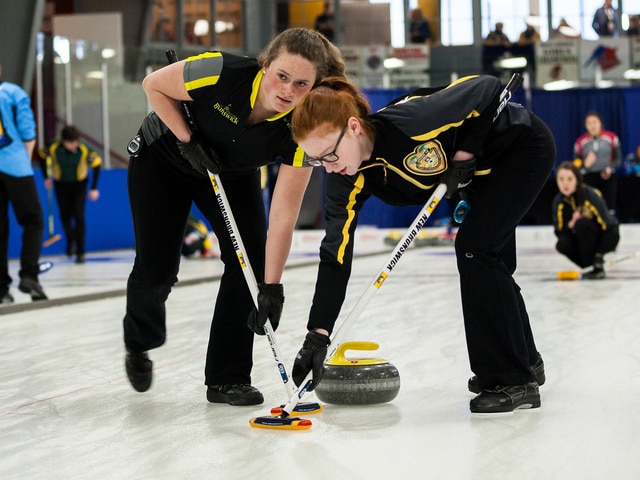 The playoff match-ups look like this: Boys Manitoba vs New Brunswick Nova Scotia vs Quebec Newfoundland and Labrador vs Ontario Northern Ontario vs Alberta Girls Ontario vs Nova Scotia New Brunswick vs Quebec Northern Ontario vs Saskatchewan Alberta vs British Columbia Teams that didn’t make the playoff round will be paired up for a mixed doubles competition. The championship round will take place on Friday in the W.C. O’Neill Arena, with the boys’ games taking place at 9 a.m. and 4 p.m. (ADT), and girls’ matches at 12:30 p.m and 7:30 p.m. (ADT). Mixed doubles will be played in both the arena as well as the Heather Curling Club with draws at 9 a.m., 10:30 a.m., 4 p.m. and 7:30 p.m., all times ADT. Selected games from the 2018 Canadian Under-18 Championships will be streamed live for viewing on-line. Go to the event website, www.curling.ca/2018under18/, for links and more information about scoring, live streaming, teams and results.