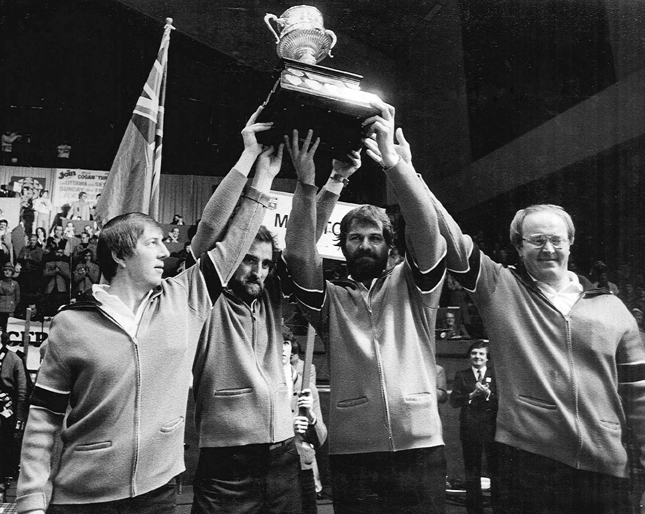 After 16 unsuccessful attempts, Barry Fry finally won a Manitoba provincial men’s title in 1979, with his rink of Bill Carey, Gordon Sparkes and Bryan Wood. The team then represented Manitoba at the 1979 Macdonald Brier in Ottawa, ON.

At the Brier, the team prevailed through poor playing conditions using a conservative hitting style to win the championship. The team suffered just one loss at the Brier, to Saskatchewan’s Rick Folk. Fry’s 10-1 record was enough to finish first place, while Folk’s Saskatchewan team finished tied for second with an 8-3 record.

The Brier win sent the Fry rink to the 1979 Air Canada Silver Broom, the World Curling Championships in Switzerland, representing Canada. At the Silver Broom, the team wrapped up the round robin with a 6-3 record, tied with three other countries in 2nd. The team lost to Norway’s Kristian Sørum in their semi-final match up, settling for a bronze medal.