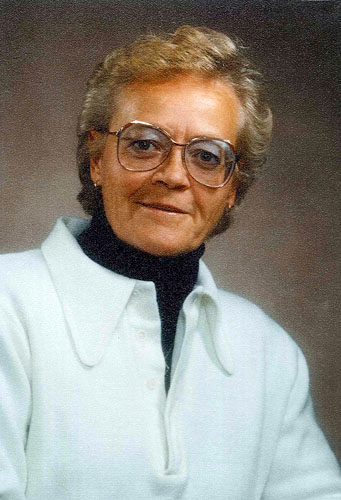 After winning the Northern Saskatchewan playdowns they went on to win the right to represent Saskatchewan in the Canadian championships. Victoria was hosting the national championship and the team was greeted warmly by a crowd that seemed to be made up of mostly retirees from Saskatchewan. Soon, the team was treated as the overwhelming fan favourites.

The Farnham rink saved some of their best curling for the national championships. They had nine straight victories without a loss, including final day victories over British Columbia and Ontario.

Emily has also been prominent in many aspects of Saskatchewan curling administration including president of the Nutana Curling Club, Saskatchewan representative to the Canadian ladies association and a member of various championship host committees in Saskatoon.

The lineup started to fall into place when Farnham and Emily Heidt were teammates on a 1988 team, which won the province and posted a 5 and 5 record in the national tournament at Peterborough, Ont. For the 1989 season, Mary Todarchuk and Arlie Ellsworth joined Farnham and Heidt. The Saskatoon team won the Saskatchewan championship, by beating Marg Hoff of Weyburn in the finals at Carnduff.

In the semifinals, Farnham drew to the button for an 8-7 victory over New Brunswick.

In the final game, Saskatchewan faced Alberta. They stole two on the third end to take a 3-0 lead, stole singles again on the seventh and eighth and won the match, 6-2, in nine ends. Saskatchewan’s ability to hit made it difficult for Alberta to get back into the game.

Farnham was voted the all-star skip by her competitors.