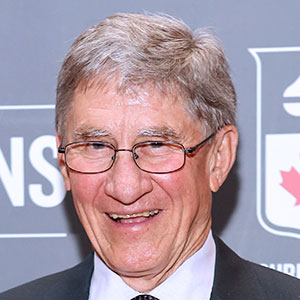 Curling Canada’s longtime director of event operations, Warren Hansen has devoted his career to building the sport of curling in Canada and around the world for the past 42 years.

Hansen, a competitive player himself who won the 1974 Macdonald Brier throwing second rocks for Edmonton’s Hec Gervais, had numerous roles over the years with Curling Canada, including in the areas of coaching, officiating and technical development. He was also active in putting together clinics around the world to get new curlers involved in the sport outside of Canada.  That, in turn, would help bring more countries into the curling fold, with a long-term ambition of adding curling as a medal sport to the Olympic Winter Games — a dream Hansen and others would finally see come true in 1998 in Nagano, Japan.

But it was his constant desire to build Canada’s national men’s and women’s curling championships — the Tim Hortons Brier and Scotties Tournament of Hearts — into major sports and entertainment properties that not only determined national champions but also provided ticket-buyers with a show, on and off the ice, for which he may be most remembered. Additionally, he fought to modernize the image of the game to bring it in line with other Olympic sports, putting the emphasis on athleticism.