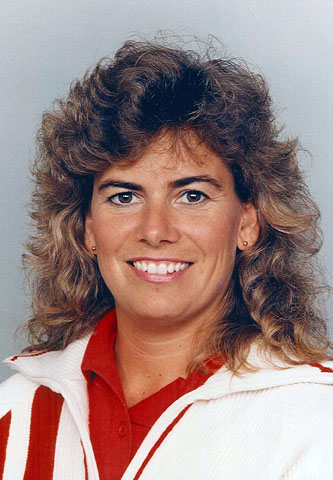 Debbie started her curling career in Manitoba and first enjoyed success in 1977 as lead on the Canadian mixed championship team. In the early eighties, Debbie moved to Vancouver and teamed up with Lindsay Sparkes and Linda Moore. The trio participated in the Scott Tournament of Hearts for three consecutive years (1984-’86) and in 1985 took both the Canadian and world titles.

In 1987 Jones-Walker was selected, through the Olympic process, to be second for Moore in the Olympic Trials. The Moore foursome won the women’s trials and the Olympic gold medal 10 months later. Debbie Jones-Walker is an honorary member of the North Shore Winter Club and was inducted int the B.C. Sports Hall of Fame in 1990.