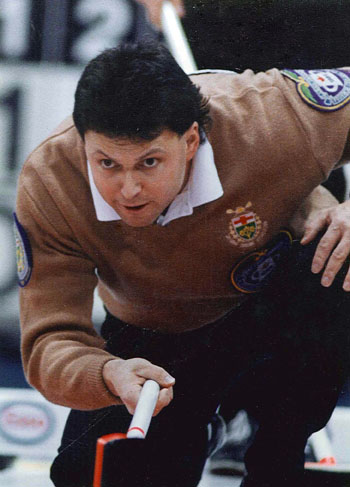 John made his first mark on the curling world in 1980 when he finished runner-up at the Pepsi Juniors in Sault Ste. Marie. It was in the same city, 10 years later that John became a Canadian men’s champion for the second time as a third for Ed Werenich. The team went on to win the world title in Vasteras, Sweden, in April of 1990. Kawaja has appeared in the Labatt Brier three times (1983, 1984 and 1990). In his first appearance as second, with Ed Werenich the team won the Labatt Brier and the Air Canada Silver Broom.