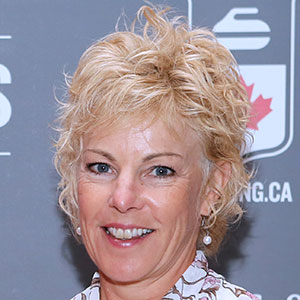 The Halifax-based team of Jones — who was inducted into the Curling Canada Hall of Fame in 1989 — third Kelly, second Mary-Anne Arsenault and lead Nancy Delahunt is one of the finest women’s teams ever put together. The foursome won its first of five Canadian women’s titles in 1999, missed the playoffs in 2000, and then began a record winning streak of four straight national titles in 2001 in Sudbury, Ontario.

The team claimed world championship gold medals in 2001 in Lausanne, Switzerland, and 2004 in Gävle, Sweden, and a silver in 2003 in Winnipeg.

Although the team disbanded after the 2006 season, the players continued to compete at the highest level, with Arsenault skipping Kelly and Delahunt to a provincial title in 2008, and Kelly and Jones in 2013.

Jones, Kelly and Delahunt reunited this past season to play seniors, finishing with a silver medal at the Everest Canadian Seniors in Edmonton. Meanwhile, Arsenault, who is not yet eligible for senior play, skipped a young Nova Scotia team to the Scotties Tournament Hearts, finishing out of the playoffs.