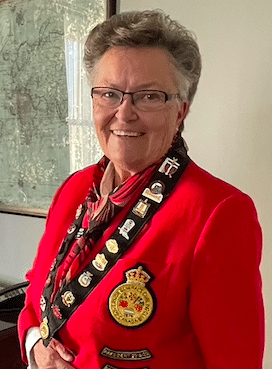 Pat Reid’s involvement in the sport of curling went well beyond her time with the Curling Canada Board of Governors, which she chaired (then with the title “President”) for the 1996-97 season.

Reid also was an accomplished coach, having guided teams at three Olympic Curling Trials as well as numerous editions of the Scotties Tournament of Hearts. She also was a member of the Curling Canada High Performance Staff, working alongside the likes of Gerry Peckham and Elaine Dagg-Jackson. Additionally, she is a long-time coach at the Trillium and Amethyst summer junior camps, and has worked with numerous junior Ontario teams. She also was the Team Leader for the Sandra Schmirler team that won gold for Canada in curling at the 1998 Winter Olympics in Japan.

Reid also served on the Executive Committee of the Canadian Olympic Committee, and was Vice-Chair of the Winter Sport Caucus and Chair of the Women in Sport Caucus, advancing the interests of women athletes, coaches and sport administrators involved with high performance.