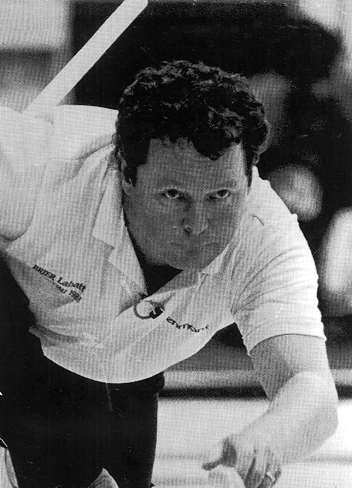 In March of 1988 it was announced that Paul Savage of Toronto had been inducted into the Curling Hall of Fame. The curling record of Paul Savage speaks for itself. He appeared at the Brier seven times between 1970 and 1988, five times as a skip and twice as a third for Ed Werenich. In 1983 Werenich and Savage won the world curling championship and Savage was also a member of the runner-up team at the Brier in 1973, 1977 and 1984.

Paul Savage had lived half a century, with 38 of those years spent curling, when he was called upon to help represent Canada at the 1998 Winter Olympics as the alternate on the Canadian rink (team). Prior to this his most notable appearance on the international stage had been in 1983, when he was a member of the Ed Werenich team that won the gold medal at the World Curling Championships. His team had earned the right to represent Canada by first winning the Ontario Provincial Championships, and then the Labatt Brier in Sudbury.

This feat earned the team the Dick Ellis Trophy as True Sport Foundation Canada’s Male Team of the Year. Nationally, he had been winning championships since 1968, when his team won the Ontario Curling Association’s Colts championship.

In total he was on seven Ontario Provincial Championship teams during his career. Prior to the Olympic tournament he got a tattoo that depicted a curling stone nested inside the Canadian flag. At the event his rink took home the silver medal, losing to the Switzerland in the final.

Since his Olympic appearance, Savage has worked as a curling commentator and had a cameo in the 2002 curling comedy “Men With Brooms”, where he played a television announcer. He is a recipient of the Asham World Curling Tour Ambassador Award and was inducted into the Ontario Sport Legends Hall of Fame in 2009. In 1974 he wrote a book entitled “Canadian Curling: Hack to House” detailing the history of the sport in Canada and updated it after his 1983 World Championship victory. He continues to curl in masters’ tournaments in Ontario and across Canada and has been a celebrity skip for The Sunshine Foundation’s annual Heart to Heart Celebrity Bonspiel.