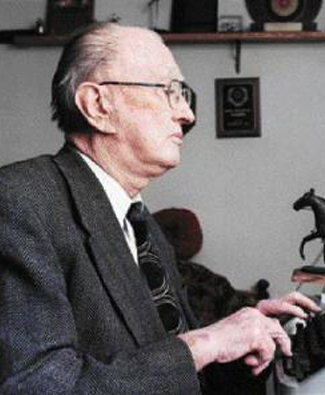 Don Fleming was for many years the beloved and knowledgeable curling writer for the Edmonton Journal. Better Known as ‘Buckets’, Fleming began to cover curling in the 1950s and became known for his writing about curling giants Matt Baldwin, Hector Gervais and other notable Northern Alberta shot-makers.

Fleming invented a system to measure a curler’s shot-making prowess long before anyone thought of keeping game statistics.

For many years Fleming was the editor of the NACA News, which provided coverage of curling in Northern Alberta. All of the Canadian curling community got to know him thanks to his articles in the Canadian Curling News, a national publication founded in 1957 by Fleming’s Calgary friend Ted Thonger.