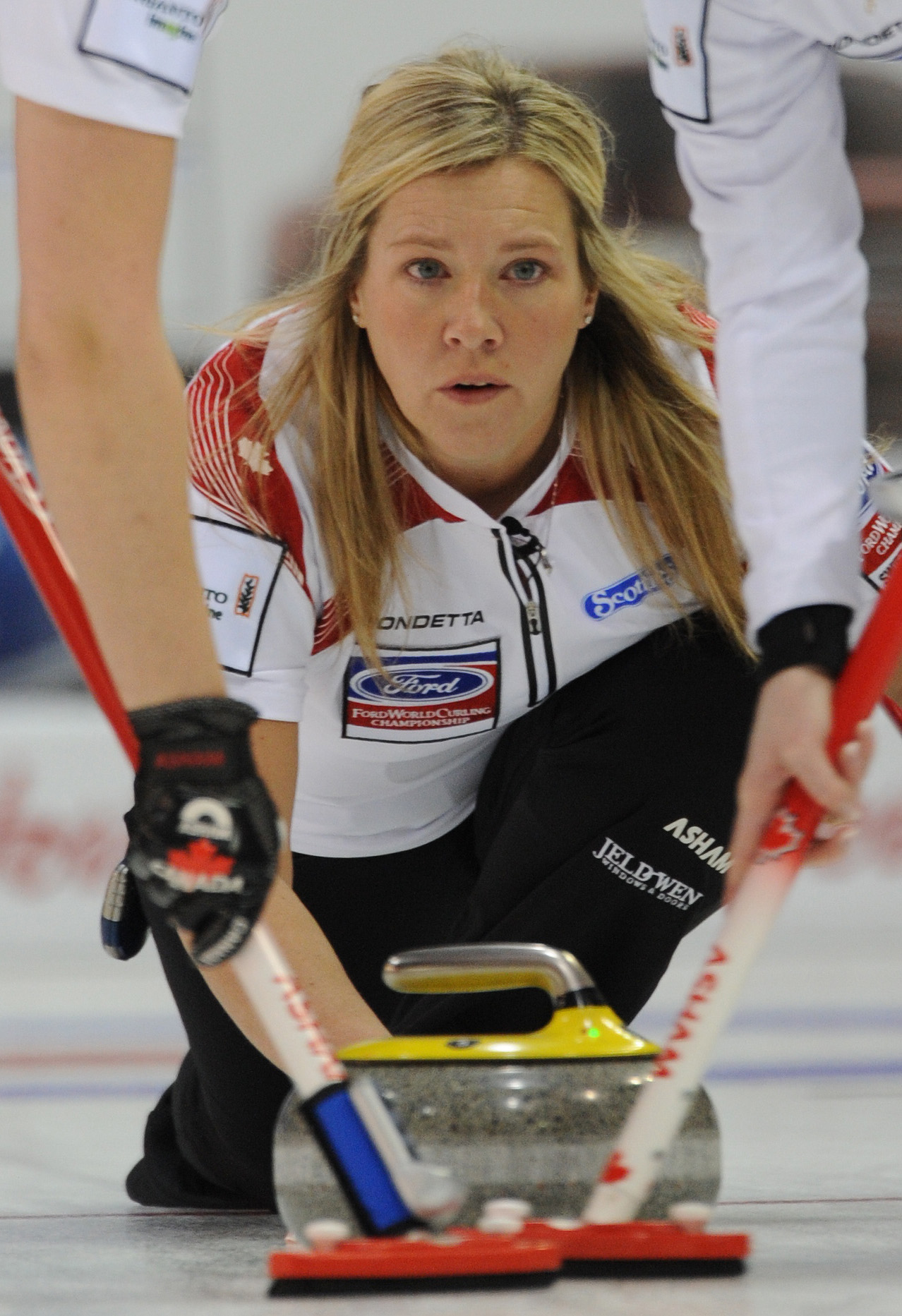 “To have received the news from the Canadian Curling Hall of Fame about my induction was an absolute honour and a humbling experience at the same time” said Overton-Clapham. “Curling has provided me the opportunity to build relationships and experience culture around the world. It’s been a privilege to compete against my peers on ice and share experiences with them off the ice.  This honour is not mine alone,  I am very grateful to have my family on this ride with me the entire time.”

From Wikipedia, the free encyclopedia

Cathy Overton-Clapham (born Cathy Overton, July 19, 1969) is nicknamed “Cathy O” and is one of Manitoba’s most decorated female curlers, with one world championship, five national championships, and twelve Scotties Tournament of Hearts appearances.

1991 was Overton-Clapham’s first trip to the Scott Tournament of Hearts, Canada’s national women’s curling championship. She played third for Kathie Allardyce and the team finished with a 5-6 record.

In 1995 she returned to the Hearts, this time as a third for Connie Laliberte. The team won the Hearts that year, and went on to win the silver medal at the 1995 Ford World Curling Championships, losing to Sweden’s Elisabet Gustafson in the final. Overton-Clapham would also play at the 1996, 1999, and 2000 Hearts for Laliberte, finishing third each time. 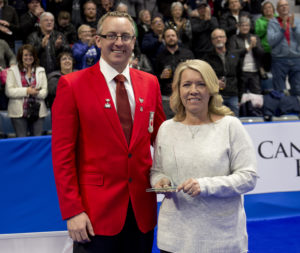 Jones partnership success – Overton-Clapham would again return to the Hearts in 2005, but as a third for Jennifer Jones. There at the 2005 Scott Tournament of Hearts, the team won the championship, defeating Jenn Hanna of Ontario in the final with one of the most memorable championship final stone ever delivered. The team would go on to finish fourth at the 2005 World Women’s Curling Championship.

Together the team would participate in the 2005 Canadian Curling Trials, but would finish 5-4 failing to reach the playoffs.

The Jones team went to the 2009 Scotties Tournament of Hearts as the reigning champions (Team Canada). They again reached the finals where they faced British Columbia and won thanks to a steal of two in the seventh end. The team went on the 2009 World Women’s Curling Championship again as the returning champions but were unable to repeat there, losing to Denmark in the Bronze medal game.

The team would again participate in the 2009 Canadian Curling Trials, and with many expecting them to take the championship, disappointed many along with themselves. The team would only win 2 games, tied for second last place, with a 2-5 record.

Returning to the 2010 Scotties Tournament of Hearts again as part of the Jones team and Team Canada, Cathy Overton-Clapham won the national title for the third year in a row. The win was Overton-Clapham’s 5th Scotties title in total and moved her one off of Colleen Jones in the record book and alongside the legendary Joyce McKee of Saskatchewan and Nova Scotians Mary Anne Arsenault, Nancy Delahunt, and Kim Kelly.

2010-2011
After playing third for Jennifer Jones’ rink for many years, this partnership came to an end after the 2009-10 curling season. The Jennifer Jones team decided to replace her with young former Canadian Junior Champion Kaitlyn Lawes.

Personal life
Overton-Clapham is married and has two children. She owns RSC Inc.