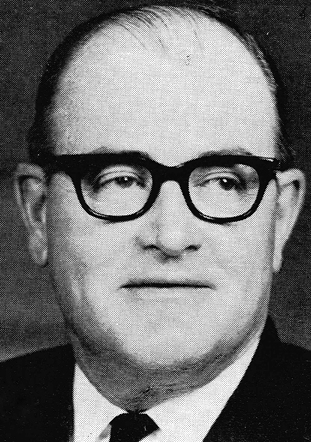 Frank Forest Sargent was a Canadian sports executive in ice hockey and curling.

Sargent served multiple terms as president of the Port Arthur Curling Club, and led its effort to affiliate with the Manitoba Curling Association. He later assisted in founding the Northwestern Ontario Curling Association, became its inaugural president in 1947, and sought for recognition as its own branch within the DCA to compete for the Brier as national champions. He played second on the rink that won the 1953 Northern Ontario Men’s Provincial Curling Championship, and placed third at the 1953 Brier championship. As a member of the DCA executive, he assisted in establishing both the Canadian Mixed Curling Championship and the Canadian Senior Curling Championships in 1964. He was an original member of the senior championship committee, and believed the event would attract former Brier competitors and give seniors place to compete which had not existed.

Sargent’s career in sports was recognized with the Canadian Centennial Medal in 1967, and the Queen Elizabeth II Silver Jubilee Medal in 1977. He also received awards, citations and life memberships from multiple sporting and service organizations. When hockey and curling established a Hall of Fame for their respective sports, he was named to the selection committees to choose the inaugural group of inductees for each sport. He was inducted into the Canadian Curling Hall of Fame in 1974, and inducted into the Northwestern Ontario Sports Hall of Fame in 1982.