In 2011, a recreational curler at the Calgary Winter Club fell during her weekly league game and hit her head on the ice. Her life changed that day. (You can read that story by Kim Perkins here: House Call: Curl smarter – consider a helmet.) 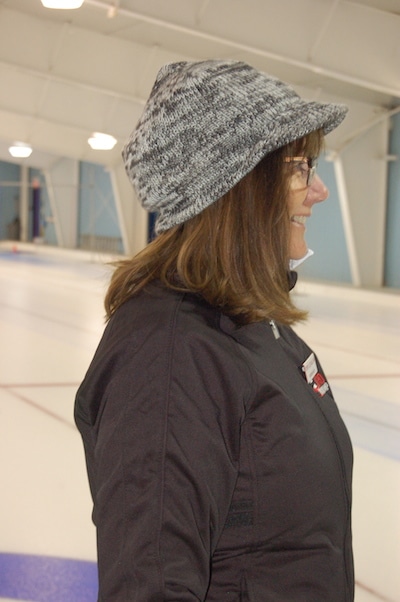 Terry Milligan: Wearing head protection on the curling ice is like “putting on a seatbelt.” (Photo J. Mills)

Let’s face it: curling ice is slippery and the possibility of falling is real, so protecting ourselves from head injury is a consideration when taking part in any sport activity. “I was thinking about the most dangerous thing I do,” says Peter Milligan, who curls at the Mississaugua Golf and Country Club. “I decided it’s probably curling without a helmet on. You’re standing on a sheet of ice wearing a Teflon shoe.” “We wear bike helmets,” says his wife, Terry, adding that wearing head protection on the curling ice is like “putting on a seatbelt.” In other words, curlers of all ages need – and want – to be safe. Some products already on the market, such as the Ice Halo and traditional hockey and bike helmets, can be used in any potentially slippery environment, but what about a product designed specifically for curlers? That’s exactly what prompted Doug Flowers, the president of Goldline Curling Supplies, to initiate the development of Head First, a protective pad of dense foam that fits inside a variety of specially designed curling-friendly hats, caps, headbands and toques. “People fall in different ways when curling,” says Flowers. “It is the fall when your feet come out from under you and you land on the back of your head that is the particularly serious fall that results in concussion and head injury.” Flowers says Head First can reduce that risk by working the same way a bicycle helmet does: the strategically placed hard foam panel “crushes” when it makes contact with the ice, absorbing and reducing the impact on the skull. For four years, Goldline worked with Ottawa-based Biokinetics, known for developing and testing helmets for other sports such as hockey and cycling. Using a “drop test”, Biokinetics measured the impact on the protective pad, ensuring that it reduced impact to less than 275 g’s. 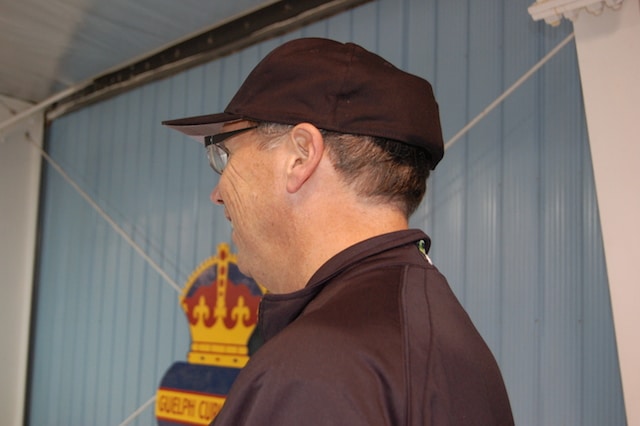 “The initial idea came out of a growing awareness of falls and injuries from our own play and from sales calls with club managers,” says Flowers. “It was convincingly brought home to us at a Goldline charity event when one of our guests fell onto the back of her head and ended up in the hospital.” While kids think nothing of donning a helmet for hockey, biking or curling, adults – especially adults coming to the sport for the first time – are more self-conscious about stepping onto ice wearing a helmet. Safe or not, appearance can often influence decisions. “I saw [Goldline’s Head First] at the Road to the Roar and I thought they looked more attractive than what I was able to purchase before,” says Terry, who is no stranger to safety head gear, thanks to a couple of concussions in her past. “Instead of playing 20 years and then having to make an adjustment, I started wearing head protection when I started curling.” “And it’s warm and cozy,” she says. “I am eventually going to fall down,” says her husband and teammate, Peter. “It’s going to happen. So why not have a head protector on?” 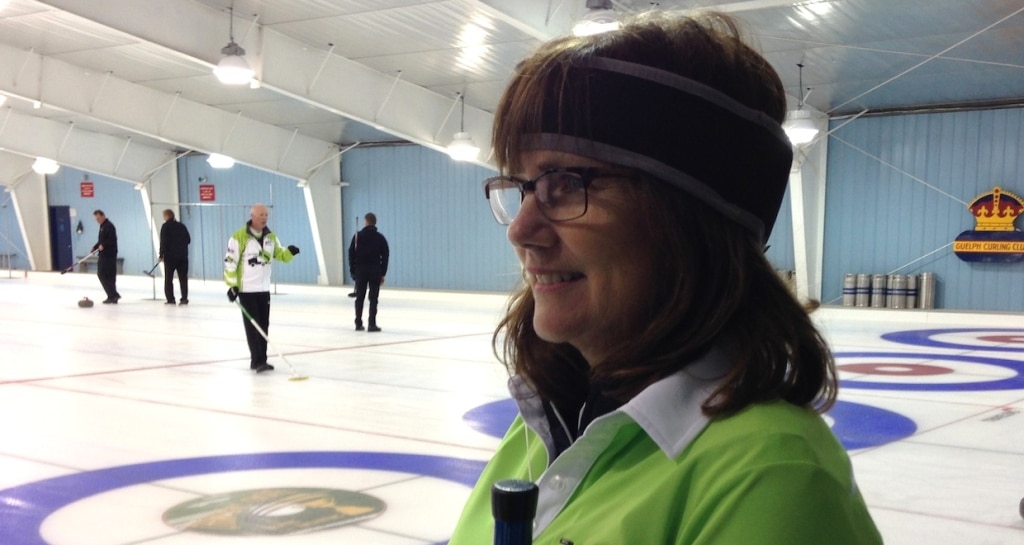