In the end it was sorted out on the ice Friday evening at the Home Hardware Canada Cup, presented by Meridian Manufacturing. Going into the final draw of the round-robin all the discussion was about tiebreakers. But the on-ice results eliminated the need for any of those. Wins by Rachel Homan of Ottawa, Heather Nedohin of Sherwood Park, Alta., and Kevin Koe of Calgary ended the possibility of tiebreaker games and left Homan and Brad Jacobs of Sault Ste. Marie, Ont., advancing to Sunday finals. 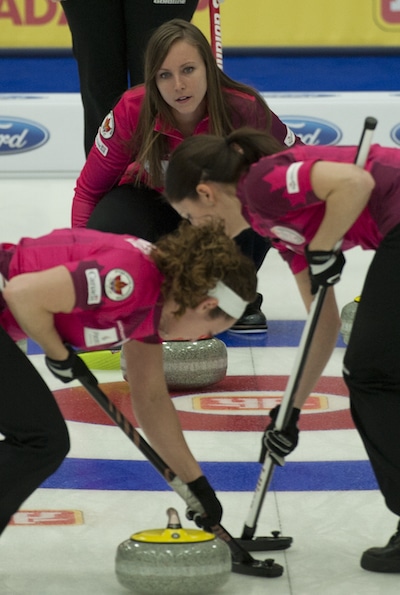 Homan’s come-from-behind 7-4 win over Olympic champion Jennifer Jones of Winnipeg gave her first place on the women’s side with a 5-1 record. Heather Nedohin of Sherwood Park, Alta., beat Sherry Middaugh of Coldwater, Ont., 7-4 to finish tied for second with Val Sweeting of Edmonton. They will play in the women’s semifinal Saturday at 1:30 p.m. When Mike McEwen of Winnipeg beat John Morris of Calgary 7-4, Koe beat Brad Gushue of St. John’s, N.L., and Jim Cotter of Vernon, B.C., upset Glenn Howard of of Penetanguishene, Ont., 7-4 that left Howard, McEwen and Jacobs tied with 4-2 records. Their results against each other gave Jacobs first place and sends Howard and McEwen to Saturday’s semifinal at 6:30 p.m. The finals go Sunday at 10 a.m. for the women and 5 p.m. for the men. The biggest shock of the evening draw was Homan and her team of third Emma Miskew, second Joanne Courtney and lead Lisa Weagle recovering from a 4-0 second-end deficit to steal seven points in five ends against Jones. 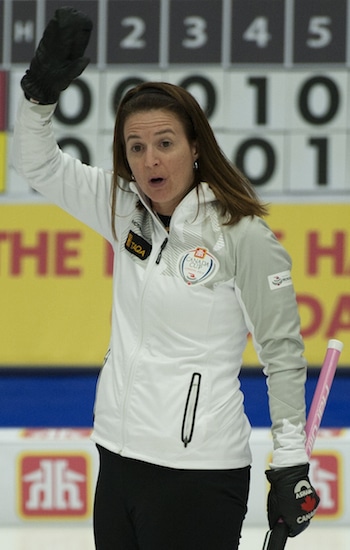 “We just had to erase what had happened,” Homan said of her team’s thinking after giving up deuces to Jones in the each of the first two ends. “We needed to make sure we were making our shots the next end … you look at the scoreboard it’s a little overwhelming. We’re excited we got to the final of the Canada Cup, we’ve never that before.” An obviously disappointed Jones said it was Homan’s steal of three in the sixth end, after stealing one in the fifth, that turned the game around. “We could never figure it out … Rachel made a couple of nice freezes and didn’t really leave me a shot to score in those ends.” The eventual winning teams receive $14,000. The runners-up get $9,000 while the third-place finishers earn $5,000. Teams also receive $2,000 for each round-robin win. The two winners are assured a berth in the Road to the Roar Pre-Trials, meaning they will be among the final 18 in contention for a 2018 Olympic berth, and becomes part of Team Canada for the 2015 World Financial Group Continental Cup Jan. 8-11 in Calgary. 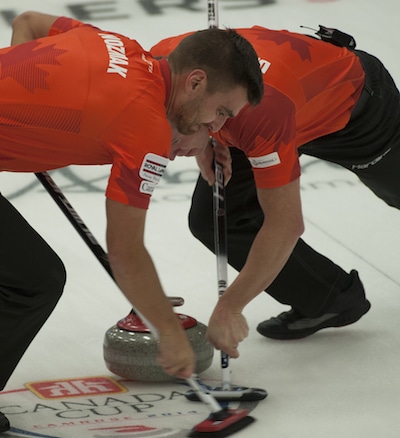 Should Homan — who has already qualified for the World Financial Group Continental Cup — win Sunday’s women’s final, the berth would go to the next highest team on the Canadian Team Ranking System, which would be Team Sweeting. The Jacobs team also has its Continental Cup berth clinched, so if it wins on Sunday, the berth would go to Team McEwen. TSN/TSN2 and RDS2 will provide complete coverage of the Hardware Canada Cup. Click here for the broadcast schedule. For ticket information for the 2014 Home Hardware Canada Cup, go to https://www.curling.ca/2014canadacup-en/tickets/.