Inside Junior Curling: Finding the next Brad Gushue

After years of watching the Brier on television, a young Brad Gushue was finally able to convince his family to let him try out the sport for himself. He didn’t know it then, but the moment his young feet hit the ice, a legend was born. 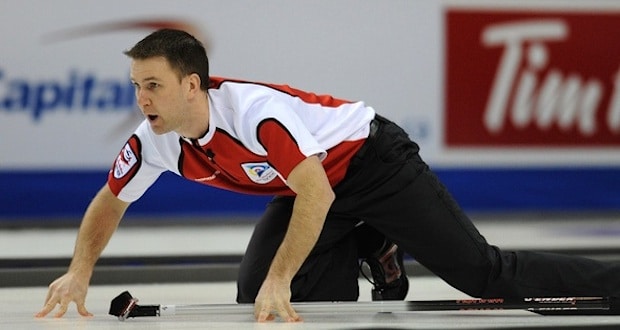 Brad’s quick rise to curling stardom began with his 2001 Canadian junior and world junior championships, which quickly turned into an Olympic gold medal in 2006. But here’s the interesting part: Brad, unlike many champion curlers, did not grow up in a curling family. Brad was attracted to the sport through its multimedia coverage, which shows us that people young and old can fall in love with the game, as long as we give our sport the exposure it deserves. When I asked Brad Gushue what he thought was the best way to reach out to kids across Canada, this father of two explained that television was our athletic community’s best asset: “We need to make sure we keep the game entertaining to a younger generation. We must also make sure we clearly explain how they can get involved and make it easy for them to get involved.” I have spent the greater part of the last two years attempting to develop the roaring game of curling, both in my home province of New Brunswick and across Canada. It’s been both an exciting adventure and a frustrating endeavor. As the only Curling Canada Rocks & Rings instructor in New Brunswick, I have been in elementary schools across the province, visiting with children of different cultures, ethnicity and languages, but the reception I receive at every school is the same: kids love curling, teachers love curling, communities love curling. As our sport grows we are faced with a new and exciting problem! Once we attract newcomers, including new junior curlers involved to our sport, how do we keep them? How do we keep kids in a non-mainstream sport that their parents might not know anything about? How do we keep kids involved in a sport that they didn’t “grow up” in? The answer could be as simple as this: we need to find more Brad Gushues. 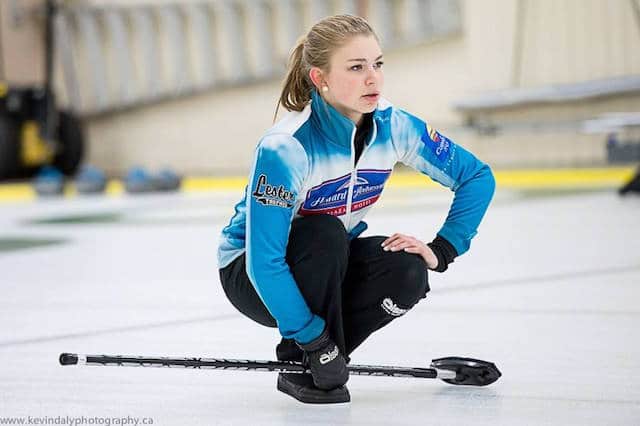 I have been lucky enough to play throughout my entire junior curling career with a young lady who knew nothing about the sport until she was eight years old, when she received a phone call from a friend asking her if she wanted to try curling. Katie Forward grew up horseback riding; curling was never on the radar. Ten provincial titles later – a Canada Games appearance (2011) and two Canadian Junior appearances (2013 and 2014) – Katie is New Brunswick’s Brad Gushue. Through Katie’s curling success, she has not only found a passion within herself, but she has created a brand new fan base for our sport – her family. Katie brought curling into a home where it was rarely watched on television, but now it’s at the forefront of many conversations. Katie’s family sits and watches curling together, and they have even attended World Curling Championships that have been held in New Brunswick over the last few years. The Forwards are now life-long fans of the sport, and all it took was one quick phone call from a friend. As athletes, coaches and fans of curling, we are ambassadors for our sport. As ambassadors, the responsibility lies with us to go into our communities and find the next Brad Gushue. Tell your friends about curling, tell your friends’ children about curling. Invite new people down to the curling club with you to try it out and share in the post-game socializing. Across our country are hundreds, maybe even thousands of Brad Gushues. We just need to go find them. 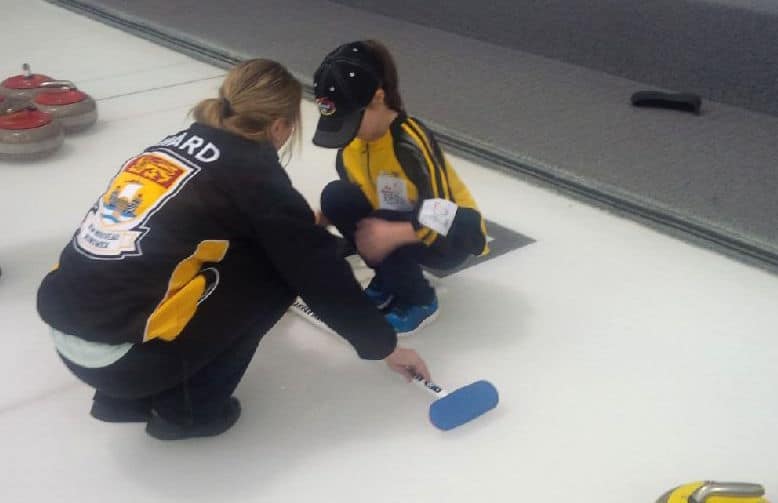