Canada through to quarter-finals at World Mixed Doubles

Team Canada’s Kalynn Park and Charley Thomas are headed for the playoffs at the 2015 World Mixed Doubles Curling Championship in Sochi, Russia. 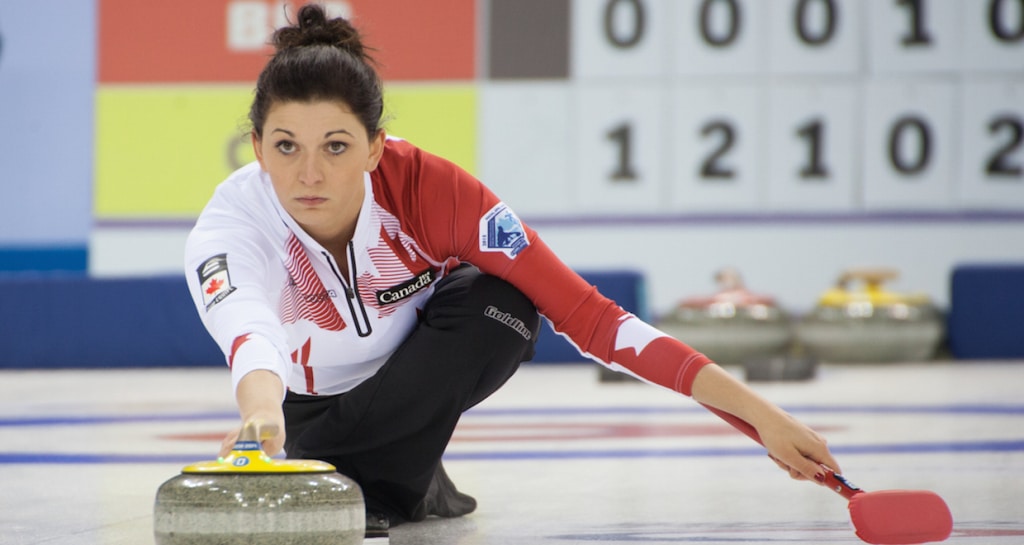 The Calgary duo, backed by coach Jim Waite, finished the round robin on Thursday with a 12-3 win over Korea’s Lee Hyain and John-Chul Beak. Leading 7-2 at the break, they put the game away with a steal of four in the final end when Beak’s draw came up short of the four-foot. It was another strong performance from the Canadians, who lost only one game during the round robin, finishing with an 8-1 record. “Charley’s playing really well so that’s helping, and I seemed to get my first rock in place a little bit better this game,” said Park after the game. “That always plays in well with our strategy, so that really helps if I make that first shot. And we’re just getting the draw weight as soon as possible so that always helps.” Park said she and Thomas will prepare for Friday’s quarter-finals by reviewing a few games online, then head to the rink. “We’re going to come practice at 11 a.m. to keep ourselves fresh and feeling good and then go into the quarter-finals really confident,” she said. “We don’t have a preference (of opponent). They’re all good. We’re going to be expecting 100 per cent from anyone we play, so we’ve just got to focus on ourselves and hope for the best.” On Friday, playoffs get underway with tie-breakers at 1 a.m. ET, qualification games (if necessary) at 8:30 a.m. ET, and quarterfinals at 1 p.m. ET. Semifinals (3:30 a.m. ET) and medal games will take place on Saturday at 8:30 a.m. Selected games from the World Mixed Doubles Championship will be streamed live online. Go to the event website, wmdcc2015.curlingevents.com/, to see the games and broadcast schedule.