Curling’s biggest rock stars will be heading to the Rock in 2017 for the Tim Hortons Brier, it was announced today by Curling Canada. 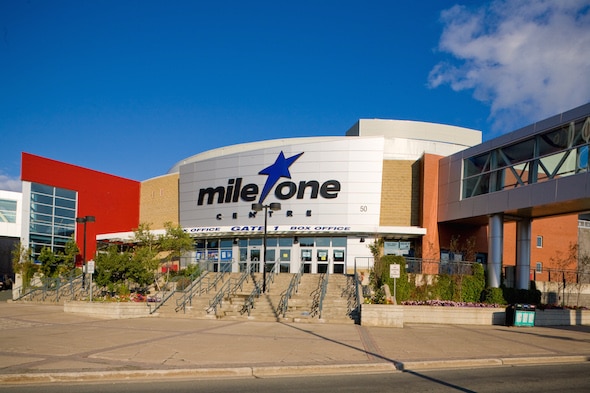 Mile One Centre in St. John’s, N.L., will host the 2017 Tim Hortons Brier, it was announced today. (Photos, courtesy Mile One Centre)

The 2017 Canadian Men’s Curling Championship will be played March 4-12 at Mile One Centre in St. John’s, and will be just the second time the Brier has been played in Canada’s easternmost province. The 1972 Macdonald Brier was held at Memorial Stadium in St. John’s and won by Manitoba’s Orest Meleschuk. Forty-five years later, after a rousing campaign put together by local organizers that saw Newfoundland and Labrador curling fans put deposits down on nearly 2,200 event passes, curling’s biggest show is making a long-awaited return. “While there were some very attractive bids submitted to host the 2017 Tim Hortons Brier, the enthusiasm shown by St. John’s and Newfoundland and Labrador and the local organizers made this a natural choice,” said Pat Ray, acting Chief Executive Officer for Curling Canada. “St. John’s has wonderful facilities that will work perfectly, both for our athletes and the fans from across the country who will be eager to see what a St. John’s curling party is all about.” Mile One Centre, with a seating capacity of around 7,000, opened in 2001, and is home to the St. John’s IceCaps — the Montreal Canadiens’ American Hockey League affiliate. It also played host to the 2005 Scotties Tournament of Hearts, won by Winnipeg’s Jennifer Jones with a dramatic 10th-end in-off takeout to score four and beat Ontario’s Jenn Hanna. 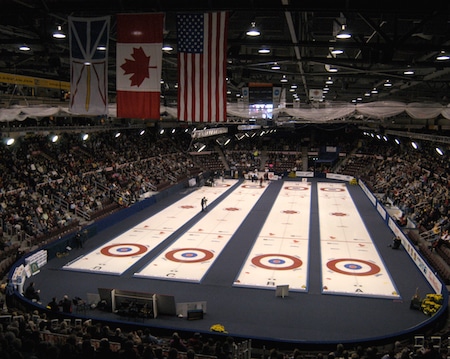 Mile One Centre played host to the 2005 Scotties Tournament of Hearts.

“As a proud Newfoundlander, this really is a dream come true for all of us,” said 2006 Olympic gold-medallist and 12-time Tim Hortons Brier participant Brad Gushue. “My hometown will put on a great show for the curlers and curling fans from across Canada, and I know our team will be working extremely hard for the chance to be able to represent our province in 2017.” The 2017 Brier will mark the 13th year of title sponsorship by Tim Hortons, one of North America’s largest restaurant chains in the quick-service segment. “We are honoured to be back for the 13th year as title sponsor of Canada’s prestigious Brier,” said Peter Nowlan, Chief Marketing Officer, Tim Hortons. “The Brier is an exciting tradition for all of us curling fans and St. John’s will make a great home to what we’re sure will be another spectacular event.” In addition to the curling action at Mile One Centre, the World Famous Patch will be set up in the adjacent St. John’s Convention Centre, which is connected to the arena by a covered pedway. 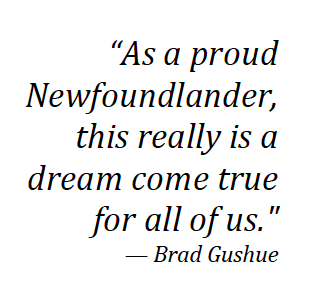 “We got it! The City of St. John’s is thrilled the Tim Hortons Brier will be coming to our capital city,” said Dennis O’Keefe, Mayor of the City of St. John’s. “Events such as these highlight all that St. John’s has to offer to a national and international audience, and we are proud to be an event sponsor. We believe in the importance of high-calibre sport and we look forward to showing Canada’s best curlers a fine time.” The winner of the 2017 Tim Hortons Brier will represent Canada at the 2017 Ford World Men’s Curling Championship on home soil (host city and dates to be announced). As well, should the Brier champs win a medal at the Ford Worlds, they also will secure direct entry into the 2017 Tim Hortons Roar of the Rings Canadian Curling Trials in Ottawa. “Congratulations to the 2017 Brier Bid Committee and to STEP St. John’s on the successful bid to host this first-class sporting event,” said the Hon. Paul Davis, Premier of Newfoundland and Labrador. “Our government is proud to support the Brier, which will provide significant economic benefits to the region. It will also draw attention to the benefits of an active, healthy lifestyle, as curling is a sport that welcomes participants of all ages. This is a fabulous economic and athletic opportunity, as we showcase to the country, our province’s sportsmanship and love of curling.” Tickets for the 2017 Tim Hortons Brier, the 88th edition of the championship, are expected to go on sale early in 2016. The Brier has been played in 31 cities across Canada, from Victoria to St. John’s. Manitoba has won a leading 27 Briers, while Alberta is just behind with 26 victories. New Brunswick, Prince Edward Island, the Yukon, Northwest Territories and Nunavut have yet to win. Newfoundland/Labrador’s lone Brier championship was in 1976 when Jack MacDuff prevailed in Regina. The 2016 Tim Hortons Brier is scheduled for March 5-13 in Ottawa. Tickets are available at www.curling.ca/2016brier/tickets/