Youth Olympics Journey: “We’re coming together as a team!”

Karlee Burgess is a 17-year-old curler from Nova Scotia who will compete for Canada at the 2016 Youth Olympic Games in Lillehammer, Norway, next February with teammates Tyler Tardi, Mary Fay and Sterling Middleton. This story is the third in a series, as Karlee shares her experiences on the road to the Youth Olympic Games. Karlee writes: Our summer training ended with the West Coast boys travelling to the East. We started our Saturday with fitness testing to evaluate and celebrate the success of the training we had committed to all summer. It was a great start. As soon as Mary and I saw Tyler and Sterling, we all shared big hugs and were glad to be together again. We supported each other throughout the testing with lots of cheers and pushed each other to achieve the best results possible. During this session I began to realize that we were really coming together as a team. 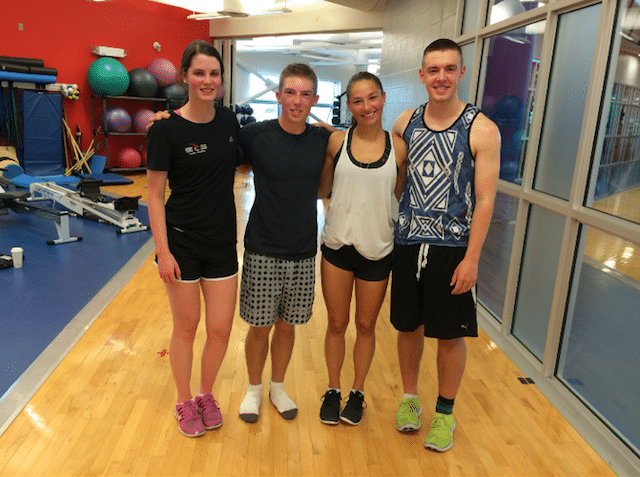 After lunch we joined some of our families and took the boys to see the Halifax waterfront. They had the chance to meet the other two players on our women’s team (Team Fay) at the Halifax Seaport Farmers’ Market. We did the typical tourist events: took a ride on the Harbour Hopper, ate dinner at Murphy’s on the waterfront and, of course, made a stop for Cows ice cream. Sunday morning we set out for the Whitecap Curling Camp in Cornwall, Prince Edward Island. Road trips are always fun with teams and this was no exception. The boys thought the Confederation Bridge was different; they’d never seen a bridge so long. Mary and I have travelled it often but still find it neat. Once we had checked into the University of Prince Edward Island campus, the boys surprised me with a birthday cake – chocolate, of course – and we celebrated my birthday (early). Our week at Whitecap, as members of the Gold Group with 13 other curlers, was awesome. Spending all day with them on the ice and in class sessions, playing fun games together and eating our meals together – it couldn’t get any better. During the week we really got to know each other and had a lot of laughs; however, it got serious when it was time for our first competition, the Cheer Off. I didn’t expect it to be so competitive. Our team practiced and practiced until we could do our cheer perfectly. Finally it was time to shine and show the other groups who we were. The lead-off consisted of Tyler throwing our gold hat to Zoe (coach Helen Radford’s daughter, who was the guest judge of all the cheers). The other groups had very creative cheers and the competition was steep; however, not long after, it was announced that our group, the Gold Group, had won! What an amazing feeling to know everyone in our group was not only thrilled but had also worked so hard and well together. 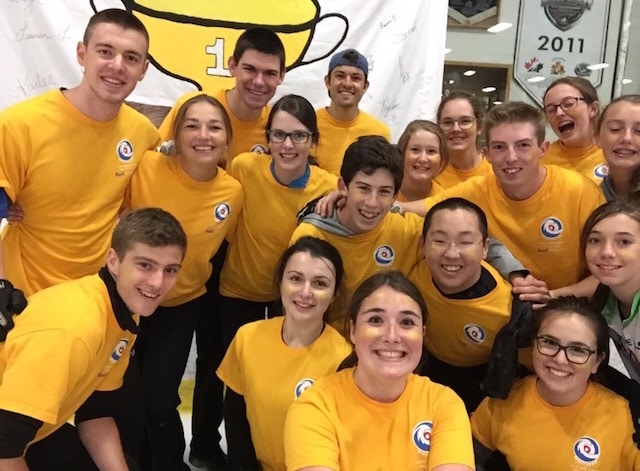 The week culminated in an extremely competitive, extremely intense Great Shoot-Out. The atmosphere was absolutely electric, and it was hard to keep track of each team’s points. The final shot of the team event was a draw to the button for five points. Tyler threw the draw, Mary held the broom and Sterling and I swept – a complete team effort. As the rock approached the rings, Sterling was deflated: he thought we had overswept the stone… But the rock stopped at the back of the button, and after that it was crazy! Team Gold had won the Great Shoot-Out! We were all so excited as a large group, I can’t even imagine how it will feel after all this hard work comes together in Norway, where we will represent Canada with the as much pride as we represented our Team Gold at Whitecap Curling Academy. 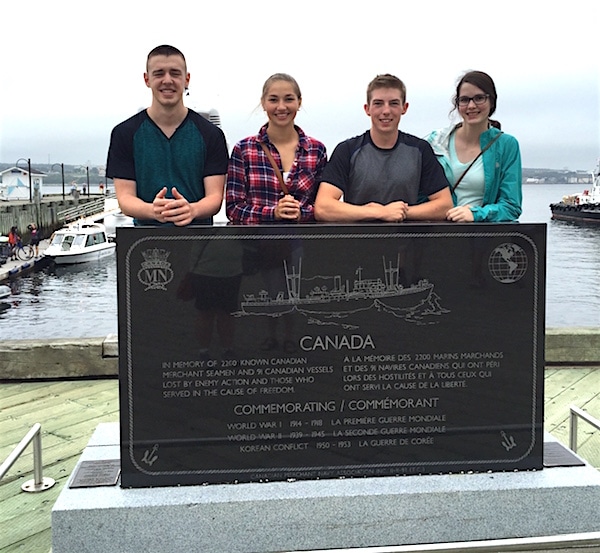 The week concluded with an overnight experience at my family’s Wild Blueberry Farm. We all took a turn on the cleaning line, where Zoe (Helen’s daughter) was by far the best at picking out the bad berries, and Tyler quite enjoyed standing and picking out the bad berries, too. That night we took rides on the gator and played a great game of Pictionary – of course the teams were front end versus back end. But finally, the week came to an end and the boys had to fly out in the morning. After having such a blast all week, it was hard to say goodbye. Our summer training is now complete, and we won’t see each other again until October 29 in Ottawa. We are fortunate to be entered as a mixed team in the Ottawa Valley Curling Association Junior Superspiel, where we’ll get more time with each other in game situations. The challenge is that we will be playing in the men’s draw; in fact, it worked out that we meet my brother’s team from New Brunswick in our first game! It’s starting to feel real now – only four months away from our biggest event yet. I couldn’t be any more excited to represent my country with three of my best friends. “Alone we can do so little; together we can do so much.” – Helen Keller 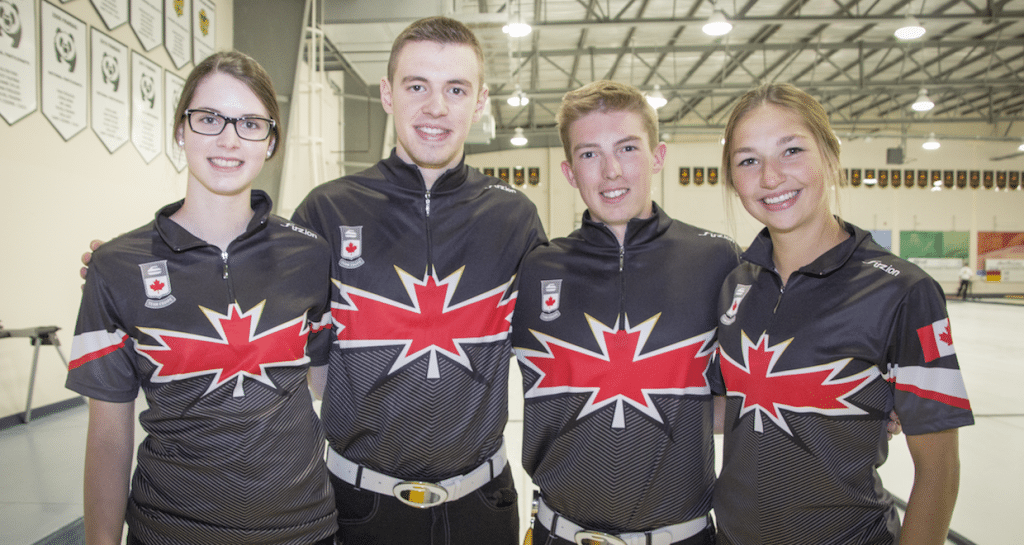 “We are really beginning to come together as a team,” says Karlee Burgess of Canada’s Youth Olympics team after the end of summer training. From left to right, Mary Fay, Tyler Tardi, Sterling Middleton and Karlee Burgess (Photo courtesy H. Radford)