The 13th Canadian Wheelchair Curling Championship is underway at the Callie Curling Club in Regina, and Manitoba’s Dennis Thiessen, the 2014 champion, got off to a strong start with two wins on the first day of the round robin on Monday. 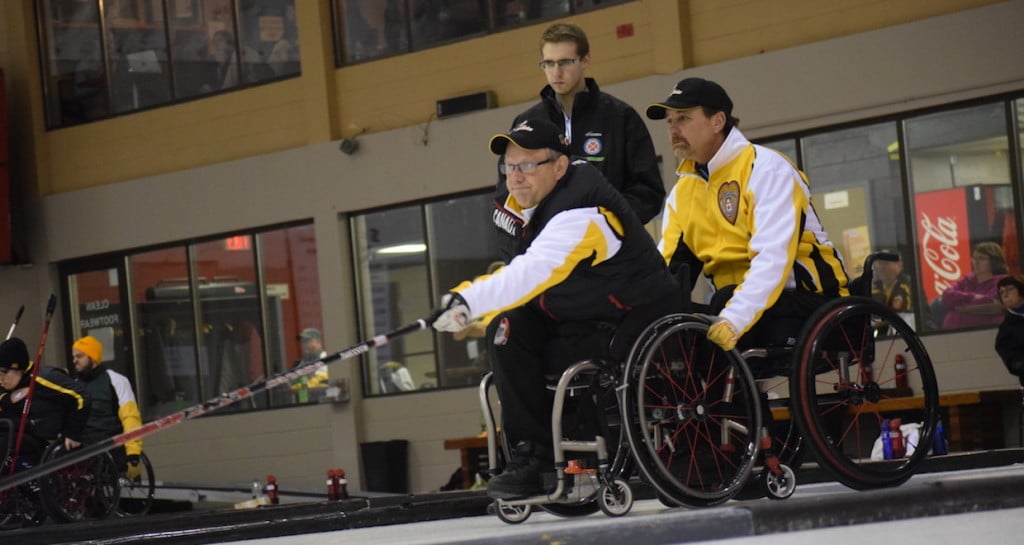 Thiessen and his Assiniboine Memorial Curling Club team of Mark Wherrett, Jamie Anseeuw, Patricia Blanchard, fifth Melissa Lecuyer with coach Tom Wherrett scored 11 straight points in the opening draw to defeat New Brunswick’s Mike Fitzgerald 11-0. Thiessen, the 2014 Paralympic gold medallist in Sochi, finished off the day with a 9-6 extra-end victory over Ontario. Saskatchewan’s Darwin Bender and his team of Gil Dash, Marie Wright and Larry Schneider, also won both games in front of their hometown crowd: a 4-2 win over Ontario’s Colinda Joseph, and a 7-4 win over Nova Scotia’s Trendal Hubley-Bolivar. 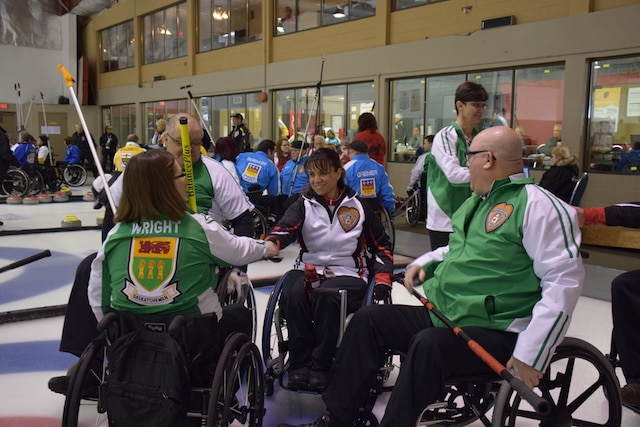 Alberta’s Jack Smart joins Manitoba and Saskatchewan at the top of the standings with two wins. Last year’s champion, B.C., skipped by former second Frank Labounty, is still looking for its first win after losing the opening game to Nova Scotia, then giving up a steal in the final end for a 5-4 loss to New Brunswick’s Fitzgerald in the evening draw. Action continues on Tuesday with draws at 2 p.m. and 7 p.m. (MDT). Ten teams, representing nine provinces plus Northern Ontario, play a round robin from Monday to Friday, April 8, followed by the Page playoff games — 1 vs. 2 on Friday at 7 p.m. (all times MDT) and 3 vs. 4 on Saturday at 10 a.m. The semifinal (loser of 1-2 vs. winner of 3-4) goes Saturday, April 9, at 3 p.m. On Sunday, April 10, the bronze-medal game (loser of 3-4 vs. loser of semifinal) will be played at 11 a.m. while the championship gold-medal final (winner of 1-2 vs. semifinal winner) is scheduled for 2 p.m. Live-streamed broadcasts of the 2016 Canadian Wheelchair Curling Championship will be available at www.wcblog2.com/. Draw results and event information can be found at www.curling.ca/2016wheelchair.