There will be a distinctively green flavour to the Tim Hortons Brier in approximately 17 months.

The 2018 Canadian Men’s Curling Championship will be staged at the Brandt Centre in Regina from March 3-11, it was announced today by Curling Canada. 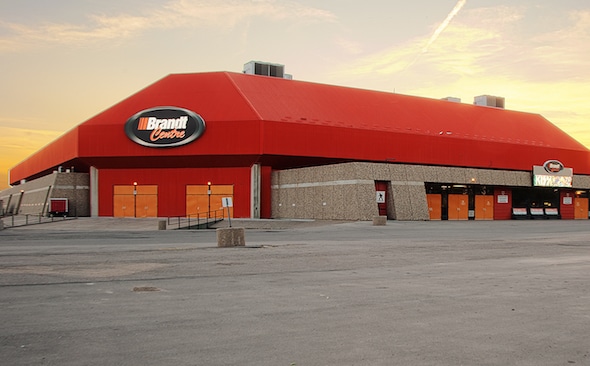 “Curling’s roots go deep in the province of Saskatchewan, and based on past history, I have no doubt that the city of Regina will embrace the 2018 Tim Hortons Brier,” said Peter Inch, Chair of the Curling Canada Board of Governors. “The Tim Hortons Brier is the world’s most famous curling championship, and Regina is in for a memorable nine days of thrilling action, on and off the ice.”

The Tim Hortons Brier has been played at the Brandt Centre twice — in 2006 (won by Quebec’s Jean-Michel Ménard) and 1992 (won by Manitoba’s Vic Peters). Previous Regina-hosted Briers took place in 1976 (the memorable victory by Newfoundland/Labrador’s Jack MacDuff) and 1955 (equally memorable as Garnet Campbell of Avonlea and his three brothers won Saskatchewan’s first Brier title).

Other major past events at the Brandt Centre include the 2008 and 1998 Scotties Tournament of Hearts, the 2002 World Financial Group Continental Cup, the 2001 Tim Hortons Roar of the Rings Canadian Curling Trials and the 1983 World Men’s Championship (won by Canada’s Ed Werenich). The 1973 World Men’s Championship also was played in Regina (won by Sweden’s Kjell Oscarius).

“We are thrilled to have the Tim Hortons Brier return to Regina,” said Mayor Michael Fougere. “Our city loves curling, but this event has a very special history in our community and I know there will be no shortage of enthusiasm and excitement when the brooms and rocks start flying.”

“Saskatchewan people are the most avid curling fans on the planet, and our renowned brand of hospitality will make it a Brier to remember,” added Minister responsible for Tourism Saskatchewan Jeremy Harrison. “The 2018 Tim Hortons Brier will bring visitors to our province who will contribute to our economy by shopping at stores, dining at restaurants, and staying in hotels.” 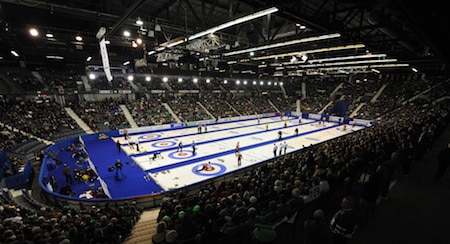 Saskatchewan teams have prevailed seven times in the Tim Hortons Brier, starting with Campbell’s 1955 triumph. The legendary Ernie Richardson foursome won four titles in five years (1959, 1960, 1962, 1963), while Harvey Mazinke won in 1973. Rick Folk’s 1980 victory is the most recent for a Saskatchewan entry.

“This is an exciting time for Saskatchewan curling, and the 2018 Tim Hortons Brier will be a great opportunity to continue building our sport in this province,” said Ashley Howard, Executive-Director of CurlSask. “The bid committee did a wonderful job behind the scenes in convincing Curling Canada to bring the Tim Hortons Brier to Regina, and I can’t wait to see what’s in store, on and off the ice, in 2018.”

A 16-team field will make its Tim Hortons Brier debut in Regina. The expanded field is being utilized as a pilot after the format was approved at Curling Canada’s Annual Meetings this past summer in Cornwall, Ont.

The field will feature the 14 provincial/territorial champions of Curling Canada’s Member Associations, along with the defending champion Team Canada. The qualifying process for the 16th team is still being determined and will be announced later.

While more teams will be competing, the Tim Hortons Brier will be played over its traditional nine-day, 22-draw schedule, using a two-pool, two-stage round-robin format similar to that used at the Canadian Juniors and Canadian Mixed championships.

The 2018 Brier will mark the 14th year of title sponsorship by Tim Hortons, one of North America’s largest restaurant chains in the quick-service segment.

“Tim Hortons is a proud supporter of Canadian curling and we are honoured to return as the title sponsor of the 2018 Brier,” said Sami Siddiqui, President of Tim Hortons Canada. “We look forward to celebrating this exciting event alongside the Regina community.”

The winner of the 2018 Tim Hortons Brier will represent Canada a month later at the World Men’s Curling Championship in Las Vegas. Additionally, the winning team will qualify for the 2019 World Financial Group Continental Cup, and will return to defend its title as Team Canada at the 2019 Tim Hortons Brier.

“It was a long process, and our bid committee put in a lot of hours, however the end result was worth it,” said Bid Committee Chairperson Bernadette McIntyre. “We were ecstatic to hear that Curling Canada had faith in our committee, and our city, to host the 2018 Tim Hortons Brier, and we’re going set our sights on putting together an amazing event for the players, fans and visitors from across the country.”

Tickets for the 2018 Tim Hortons Brier, the 89th edition of the championship, are expected to go on sale early in 2017.

The 2017 Tim Hortons Brier is scheduled for March 4-12 in St. John’s. Tickets are available at www.curling.ca/2017brier/tickets/.