An intriguing blend of new faces and veterans will take to the ice on Saturday at the Meridian Centre when the  2017 Scotties Tournament of Hearts gets underway in St. Catharines, Ont. 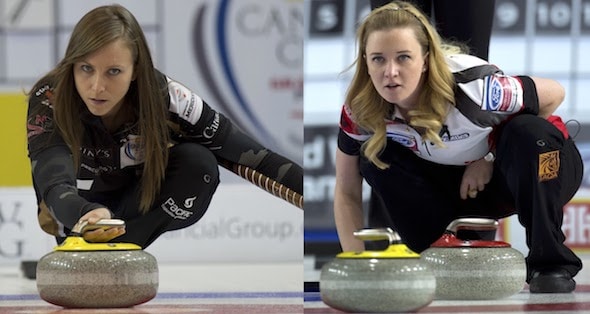 Of the 48 players (not counting alternates) who will comprise the main round-robin field of the Canadian Women’s Curling Championship, only seven are past champions at the Scotties. It should make for an entertaining and unpredictable nine days of curling, culminating with the nationally televised gold-medal game on Feb. 26 in prime time at 7:30 p.m. (all times EST). But it kicks off Saturday with all seven former winners being on the same sheet of ice in the opening draw of the 2017 Scotties at 2:30 p.m. Defending champion Chelsea Carey and her team from Calgary (vice-skip Amy Nixon, second Jocelyn Peterman, lead Laine Peters, alternate Susan O’Connor, coach Charley Thomas) will wear the Maple Leaf as Team Canada. They’ll be taking on Ontario’s Rachel Homan (Ottawa) in an early clash of favourites. Homan, vice-skip Emma Miskew and lead Lisa Weagle won back-to-back Scotties titles in 2013 at Kingston, Ont., and 2014 at Montreal. Joanne Courtney replaced Alison Kreviazuk at second following the 2014 triumph. The team is rounded out by alternate Cheryl Kreviazuk and coach Adam Kingsbury. While Teams Carey and Homan feature the only former Canadian women’s champions in their starting lineups, two other former Scotties winners are in St. Catharines as alternates: Heather Nedohin (1998, 2012) with Alberta’s Shannon Kleibrink (Okotoks), and Amber Holland (2011) with the all-rookie Saskatchewan team skipped by Penny Barker (Moose Jaw). The team Carey’s Alberta champs defeated in the 2016 Scotties final at Grande Prairie, Alta., is back for another shot at gold as Northern Ontario’s Krista McCarville (Thunder Bay) looks to take another step higher on the medal podium. There is no shortage of other event champions, however. Kleibrink won gold at the 2005 Tim Hortons Roar of the Rings in Halifax, and followed up with a bronze medal at the 2006 Winter Olympics in Torino, Italy. 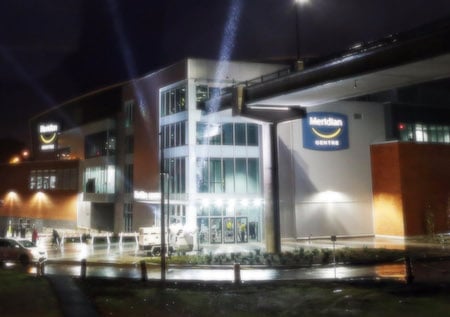 Two other skips — New Brunswick’s Melissa Adams (Fredericton) and Prince Edward Island’s Robyn MacPhee (Charlottetown) — are former world junior champions. Adams (then Melissa McClure) skipped Canada to a gold medal at the 1998 World Juniors in Thunder Bay, Ont., while MacPhee was a gold-medallist three years later in Ogden, Utah, playing second for Suzanne Birt. Newfoundland/Labrador skip Stacie Curtis (St. John’s), meanwhile, was a World Juniors silver-medallist in 2007 at Eveleth, Minn. Rounding out the main round-robin field in St. Catharines are 2009 Scotties runner-up Marla Mallett of B.C. (Maple Ridge); Manitoba’s Michelle Englot (Winnipeg); Quebec’s Eve Bélisle (Mont-Royal) and Nova Scotia’s Mary Mattatall (Windsor). There is more than just a Canadian championship on the line in St. Catharines. The gold-medal winning team will earn a variety of perks, beginning with a trip to Beijing to represent Canada at the 2017 CPT World Women’s Curling Championship, presented by Ford of Canada, beginning March 18. Should Team Canada win a medal at the World Women’s, it will qualify automatically for the 2017 Tim Hortons Roar of the Rings Canadian Curling Trials in Ottawa — the event that will decide Canada’s four-player teams for the 2018 Winter Olympics in PyeongChang, South Korea. As well, the 2017 Scotties winner will qualify for the 2018 World Financial Group Continental Cup in London, Ont., and will return to next year’s Scotties Tournament of Hearts in Penticton, B.C., as Team Canada. The Scotties will be preceded by a pre-qualifying round to determine the final entry into the 12-team main draw — the final year the pre-qualifying format will be used. The 12th-place team from the 2016 Scotties, New Brunswick, is joined in the pre-qualifying round by the three teams that didn’t advance from last year’s pre-qualifying round — the Yukon, Northwest Territories and Nunavut. New Brunswick, the Northwest Territories’ Kerry Galusha (Yellowknife), the Yukon’s Sarah Koltun (Whitehorse) and Nunavut’s Geneva Chislett (Iqaluit) will play a single round-robin at the Meridian Centre, with the teams with the two best records advancing to the play-in game, which will be contested Saturday, Feb. 18, at 2:30 p.m., concurrent with the opening draw of the Scotties main round-robin. A tiebreaker, if necessary, would be played Saturday, Feb. 18, at 8:30 a.m. Admission to the pre-qualifying rounds is free. The schedule for the pre-qualifying round: Thursday, Feb. 16 6:30 p.m. — Nunavut vs. New Brunswick; Northwest Territories vs. Yukon Friday, Feb. 17 8 a.m. — New Brunswick vs. Yukon; Nunavut vs. Northwest Territories 4 p.m. — Yukon vs. Nunavut; New Brunswick vs. Northwest Territories Saturday, Feb. 18 8:30 a.m. — Tiebreaker (if necessary) 2:30 p.m. — Pre-qualifying final The teams in the main draw will play an 11-game round-robin draw that will conclude on Friday, Feb. 24. The top four teams will make the Page playoff round, which sees the first- and second-place teams playing for a berth in the final, which is scheduled for Sunday, Feb. 26 at 7:30 p.m. The third- and fourth-place teams will also meet, with the winner moving onto the semifinal on Feb. 25 at 7:30 p.m.. The loser of the three-four game will play the semifinal loser in the bronze-medal game on Feb. 26 at 2:30 p.m. TSN/RDS2, the official broadcaster of Curling Canada’s Season of Champions, will provide extensive coverage of the 2017 Scotties Tournament of Hearts, with 66 hours of live broadcasts scheduled. The 2017 Scotties marks the 36th year of Kruger Products Limited’s sponsorship of the Canadian women’s championship. For ticket information, go to: www.curling.ca/2017scotties/tickets/ For schedule information, go to: www.curling.ca/2017scotties/draw/