Team Canada to play for gold in Beijing

BEIJING — A Canadian gold medal — the first since 2008 — is tantalizingly close for Rachel Homan’s Ottawa team at the 2017 CPT World Women’s Curling Championship, presented by Ford of Canada. 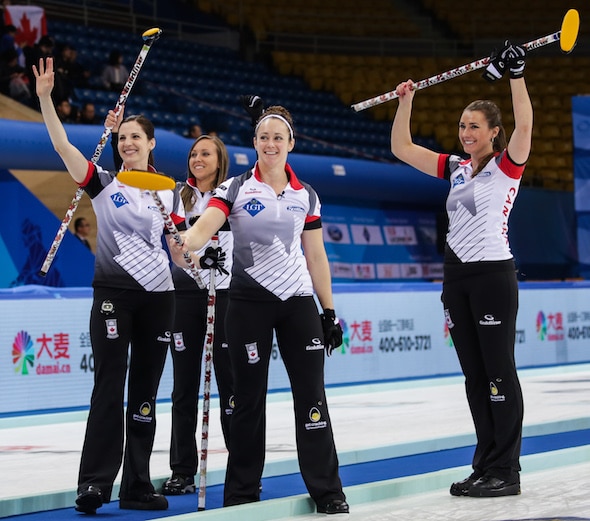 Now, Canada has a chance to make history as the first team ever to go unbeaten through the world women’s championship; additionally, Homan and Co. can end a nine-year gold-medal dry spell at the world women’s that goes back to Jennifer Jones’s triumph in 2008 at Vernon, B.C. 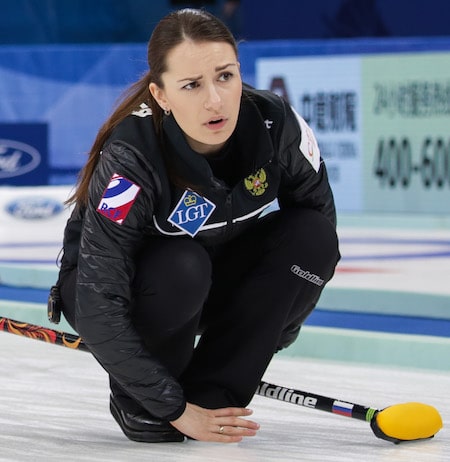 But for Homan, the historic aspects of Sunday’s gold-medal final (3 p.m. local, 3 a.m. ET) aren’t as important as simply putting together another solid performance and maintaining the level of play that has brought her team to where it is today.

“We’ve played in lots of finals, we’ve played in big games and we’ve come out some big games,” said Homan, who is one of just one of two skips to have won the Scotties Tournament of Hearts with an unbeaten record (she did it in 2014; Linda Moore did it in 1985). “If the other team plays a hundred per cent, they’re going to be tough to beat. But we’re ready.”

Canada didn’t start out as effectively as it had been in the round robin; Homan had an open draw for a deuce in the second end, but was heavy and settled for a single — perhaps her only outright missed draw of the week.

“It was definitely different (ice conditions); it was the quickest we’ve seen it, obviously,” said Homan. “And it’s all stuff that we’ll learn from and take forward into the final.”

But after Russia — world championship bronze-medallists the past three seasons — struck back with a go-ahead deuce in the third end, Canada turned up the pressure the rest of the way.

Homan made no mistake on her open draw for two in the fourth end to make it 4-3 Canada. Then, the Canadians started turning the screws. Sidorova was forced to draw the four-foot for a single looking at three Canadian counters in the sixth, and then Canada scored single points the next three ends to prompt handshakes from the Russians.

“I think we made a lot of key shots that game,” said Miskew. “The ice was a little different than it has been all week and that always happens in the playoffs when there’s only one game out there. But I thought we did a nice job of making the right shots when we needed to.” 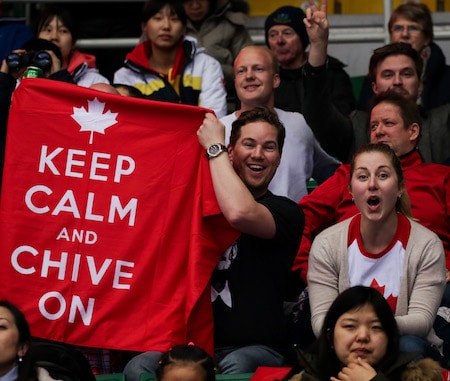 Homan, Miskew and Weagle won world championship bronze in 2013 and silver a year later (Courtney joined the team for the 2014-15 season). And, yes, suggested Homan, getting to ascend to the top step of the medal podium is a motivator this week in Beijing.

“You always want to bring back gold for your country,” she said. “Canada’s been missing it for a while, so we’re really trying to give it everything we have to give it a hundred per cent on Sunday and bring back that gold for Canada.”

Added Miskew: “We’re really happy that we put ourselves in a position where we know we’re getting a medal now. Nothing to lose now — we can just go out and play our game.”

Russia will get a second shot at reaching the final in Saturday night’s semifinal (7 p.m. local, 7 a.m. ET) against the winner of the Saturday afternoon (2 p.m. local, 2 a.m. ET) Page 3-4 playoff between Scotland’s Eve Muirhead and Sweden’s Anna Hasselborg.

The 3-4 loser and semifinal loser will play for bronze Sunday at 10 a.m. local.