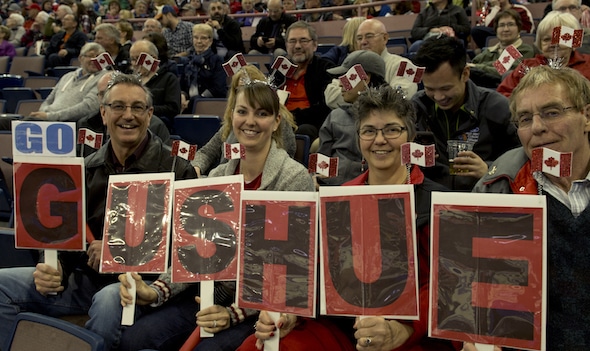 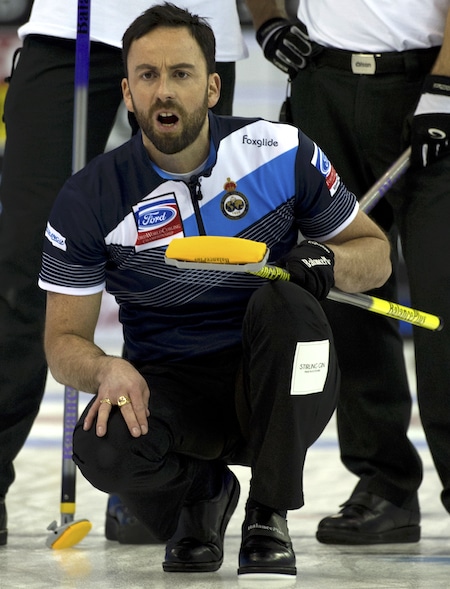 That sets the stage for a Friday night tussle (7 p.m.) between Canada and Sweden in the Page 1-2 playoff game. For finishing first Canada can either have the first-end hammer or the choice of rocks. Friday night’s winner will go straight to Sunday’s gold-medal game at 6 p.m. Canada has only played two games that have gone the distance, the most recent being Sunday against Sweden. But despite the ease of victories, Gushue doesn’t anticipate close games that go the distance will be an issue. “At the Brier we played 13 games that were tight so we know how to handle tight games. We know how to handle our emotions and the nerves in those situations,” said Gushue. “To be honest, very little concern about playing a 10-end game. Friday night’s loser can still make the final by being victorious in the semifinal Saturday (7 p.m.) against the winner of the Page 3-4 game between Switzerland’s Peter de Cruz and John Shuster of the United States earlier Saturday (2 p.m.). The Swiss and Americans finished their round robins earlier in the day with 8-3 records. At the end, the U.S. was almost as hot as Canada, posting six straight victories. Switzerland finished third by virtue of its round-robin win over the U.S. Canadian teams have won 28 consecutive games at the world men’s and women’s level. Gushue’s perfect round robin comes on the heels of Homan running the table with an unblemished 13-game record at the CPT World Women’s Championship, presented by Ford of Canada, in Beijing. At the 2016 Ford Worlds in Basel, Switzerland, Alberta’s Kevin Koe won his last four games to take the title. “The good thing about being 11-0 is it gives you hammer,” said Gushue. “The 1-2 game is always fun to play in because you do have that safety net, but you don’t want to use it. “Really it’s going to come down to seeing if we can continue to play the way we’re capable of playing. Then, seeing what kind of game Niklas throws at us. They’re capable of curling 95 per cent and if they do that it’s going to be a hard game to win. And vice versa if we do the same thing to them.”

The loser of the semifinal will meet the Page 3-4 game loser in the bronze-medal game Sunday (noon), followed by the gold-medal game (6 p.m.). Edin feels the Swedes just have to play like they did last Sunday against Canada, but not miss at the end. “They’re obviously playing well too so it’s going to be a close fight,” said Edin. “The first half (of last Sunday’s game) I think we outplayed them to be honest, but then we started making some easy mistakes and they started playing better. They turned it around. We can’t let them back in the way we did.” In other games on the final draw, China’s Rui Liu downed Yusuke Morozumi of Japan 9-2 in six ends. Also Scotland’s David Murdoch clipped Russia 7-6 in an extra end to finish at 6-5. The Russians who alternated Alexey Stukalskiy and Alexey Timofeev at skip, went winless in their 11 games. The last-draw results meant Great Britain (using the Scottish results) has qualified for the 2018 Winter Olympic Games in Pyeongchang, South Korea, bumping out Denmark. Eight teams have qualified so far: Canada, Sweden, United States, Switzerland, Japan, Norway and South Korea as the host nation. A last-chance qualifier for the final two spots will be held in Pilsen, Czech Republic, in December. Other teams with the final draw off at the Ford Worlds were Italy (Joel Retornaz, 4-7) and Germany (Alexander Baumann, 3-8). For ticket and other event information, visit httphttps://www.curling.ca/2017worldmen/ This story will be posted in French as soon as possible at https://www.curling.ca/2017worldmen/?lang=fr TSN (RDS2 in French), the exclusive television network for Curling Canada’s Season of Champions, will provide complete coverage of the 2017 Ford Worlds.