Format finalized for 16-team championships in 2018

A Friday night showdown will determine the 16th and final entries into the 2018 Tim Hortons Brier and Scotties Tournament of Hearts, it was announced today by Curling Canada. 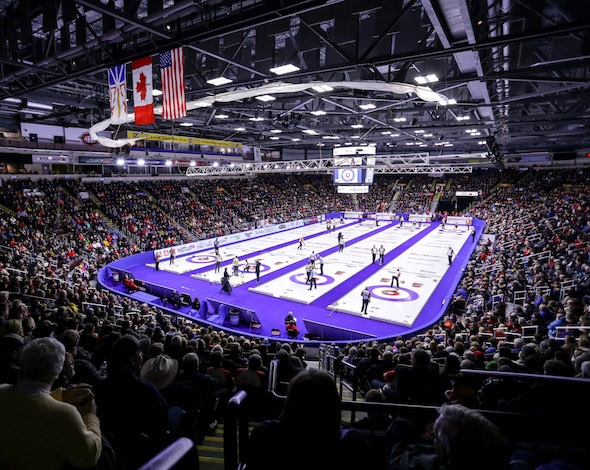 On the Friday night prior to the opening of round-robin play at both events, the top two teams from the Canadian Team Ranking System that didn’t qualify out of their provincial/territorial championships will get a second chance at qualifying for the Canadian championship.

It’ll be a Wild Card Friday that will get the championship week at both events off to an exciting start, said Curling Canada Chief Executive Officer Katherine Henderson.

“We did extensive consultation with our Member Associations, the athletes and our partners at TSN, Tim Hortons and Kruger and everyone agreed that this was an ideal and positive solution to the issue of determining the 16th entry into the Scotties Tournament of Hearts and Tim Hortons Brier,” said Henderson. “The new 16-team format ensures every Member Association is participating from the beginning of the week, and also ensures that a quality field is in place in order to determine a Canadian team to wear the Maple Leaf and play for a world championship.”

It was determined then that the 14 Member Associations and Team Canada would be part of the field, with discussions to follow to determine the 16th team.

It was a suggestion from Manitoba’s Mike McEwen — who along with E.J. Harnden, Nolan Thiessen, Lisa Weagle, Tracy Fleury and Val Sweeting is a member of the Curling  Canada Athletes’ Advisory Council — that spearheaded the idea of a play-in game.

“I don’t think many curlers would say no to a second chance at qualifying for the Brier or the Scotties, and the thing I really like is that a team has to win a game in order to qualify,” said McEwen. “It’s going to be a treat for the fans and the national television audience, and I think it will be a great showcase for curling.”

For example, this past season, the Friday night Wild Card game would have been a showdown between Winnipeg’s Jennifer Jones and Alli Flaxey of Caledon, Ont., for the final berth into the Scotties Tournament of Hearts. Meanwhile, it would have been Winnipeg’s Reid Carruthers against Toronto’s John Epping for the final spot in the Tim Hortons Brier.

To qualify for the Wild Card game, teams must have participated in their respective provincial/territorial championships.

The teams will be split into two pools of eight, with the top four teams from each pool then advancing to a championship pool that will determine the final four playoff teams. The format allows the Tim Hortons Brier and Scotties Tournament of Hearts to stick to its traditional nine-day format for round-robin play, while satisfying the desire of the Member Associations that all 14 teams have direct entry into the main portion of the championship.

Once all of the Member Associations have declared their champions, they, along with the defending champion Team Canada foursome, will be seeded based on their current position on the Canadian Team Ranking System. The winner of the Wild Card game will automatically have a No. 4 seed.

The seedings will then be used to set two balanced pools.

“We know there’s no one single format that will make everyone happy, but we think this is a format that will address the most concerns that people had expressed,” said Thiessen, who also serves as Curling Canada’s Athlete Liaison Officer. “It was appreciated by the Athletes Council to be part of the process, to be able to hear all the stakeholders and work together to try to find a system that had the best interest of our Canadian championships as the top priority.”

How the team will be named for the round robin, as well as team colours, will be determined at a later date.