There will be more international curling featured on the ice at the 2018 World Financial Group Continental Cup, presented by Service Experts, Jan. 11-14 in London, Ont. 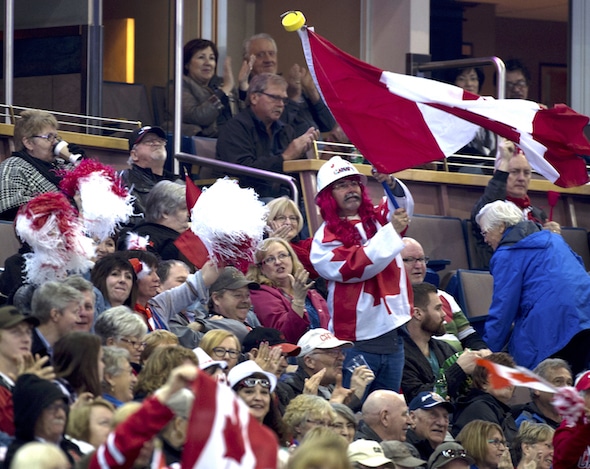 For the first time, Canada will face a challenge for its berth into the 2018 World Men’s Championship next spring in Las Vegas.

Despite being the defending world champion and the No.-1-ranked country in the World Curling Federation’s world men’s rankings, Canada will be challenged by Brazil in a best-of-five series that will be held concurrently with the 2018 World Financial Group Continental Cup at The Sports Centre at Western Fair District in London.

Under WCF rules, the Americas Zone is guaranteed just two spots in a world championship, with one spot traditionally going to the highest finisher in the season previous.

But because the United States is hosting the 2018 World Men’s Championship, March 31-April 8 in Las Vegas, it gets the guaranteed Americas Zone berth as the host nation, meaning Canada can be challenged by any other WCF member nation located in the Americas Zone. Only Brazil elected to launch a challenge.

“This is a little out of the ordinary for our program, but we will be taking this seriously,” said Gerry Peckham, Director, High Performance, for Curling Canada. “We have a proud tradition of performing at a high level on the international stage, and we’ll have a quality team in London to play against Brazil.”

Tentative game times (all times Eastern) are as follows:

Meanwhile, there will be a change in the Team World lineup for the 2018 World Financial Group Continental Cup.

Japan’s newly minted Olympic women’s team, skipped by Satsuki Fujisawa, will take over the berth vacated by Russia’s Anna Sidorova, who bowed out due to a conflict in the team’s training schedule in advance of the 2018 Winter Olympics.

The Fujisawa foursome joins a World Team that also features fellow Olympics-bound teams skipped by Anna Hasselborg (Sweden), Niklas Edin of Sweden and Peter de Cruz (Switzerland), while Norway’s Thomas Ulsrud will nail down an Olympic berth with a top-four finish at the European Championships. The other team, skipped by Switzerland’s Silvana Tirinzoni, will play in her country’s Olympic Trials in October.

Team North America, coached by Rick Lang and captained by Al Hackner, will feature the Olympic men’s and women’s teams from Canada (to be determined at the 2017 Tim Hortons Roar of the Rings, Dec. 2-10 in Ottawa) and the U.S., along with the reigning champions of the Tim Hortons Brier (Brad Gushue, St. John’s) and Scotties Tournament of Hearts (Rachel Homan).

Tickets for the 2018 World Financial Group Continental Cup have sold extremely well since going on sale in April, and a new block of seats will go on sale today. Due to the limited capacity of the arena, the deadline for purchasing full-event packages is Oct. 30, so if you want the same seat for all 11 draws (including the Canada-Brazil challenge), it’s important to buy tickets as soon as possible.

The full-event package goes for just $279, subject to standard facility and ticketing service fees. Information on single tickets, subject to availability, will be released later this fall.

Go to https://www.curling.ca/2018continentalcup/tickets/ for more information.