The standings are starting to shape up in both women’s and men’s pool play after five draws at the 2018 New Holland Canadian Junior Curling Championships in Shawinigan, Que. In Men’s Pool A action on Sunday afternoon, Nova Scotia’s Matthew Manuel improved to a 2-1 record with a 7-4 win over Yukon’s Joe Wallingham, who is still looking for his first win in the round robin. Also moving into the win column is Liam Marin of New Brunswick. Marin and his Saint John, N.B., foursome stole four ends on the way to a 7-4 win over Saskatchewan’s Rylan Kleiter. In Men’s Pool B action, Ontario’s Matt Hall led 7-5 after seven ends, then stole three in the eighth to take a 10-5 decision over Daniel Bruce of Newfoundland and Labrador. With the win, Hall remains undefeated at the top of Pool B, with Northern Ontario’s Tanner Horgan (2-0) close behind. 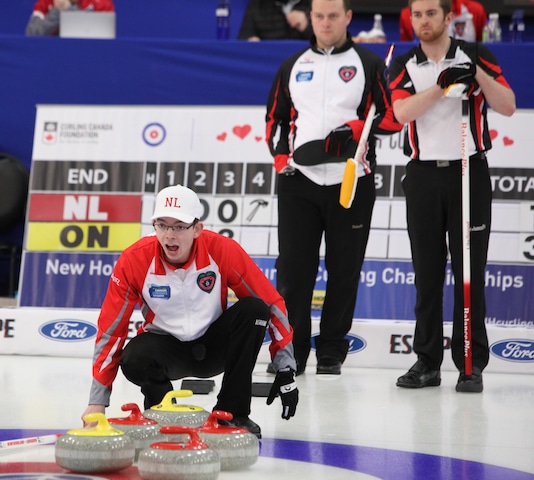 In Women’s Pool A, Quebec’s Laurie St-Georges fought off a late charge from Manitoba’s Shae Bevan win a 7-6 battle. Bevan stole a single in the tenth end, but it wasn’t enough to topple the Quebec champion. With the win, St-Georges remains undefeated at the top of the Pool A standings, with Manitoba’s Bevan and Alberta’s Kayla Skrlik right behind, both with 2-1 records. Skrlik and her Falher Curling Club squad overpowered Yukon’s Kelsey Meger 13-3. Lauren Lenentine stole two points in the tenth to lead her Prince Edward Island team to a 7-6 win over B.C.’s Taylor Reese-Hansen. Lenentine remains undefeated at the top of Women’s Pool B. In the only other Pool B game, Northern Ontario’s Hailey Beaudry stole three ends in a 13-2 win over Tyanna Bain of the Northwest Territories. The round robin continues with Draw 6 at 6:30 p.m. ET. 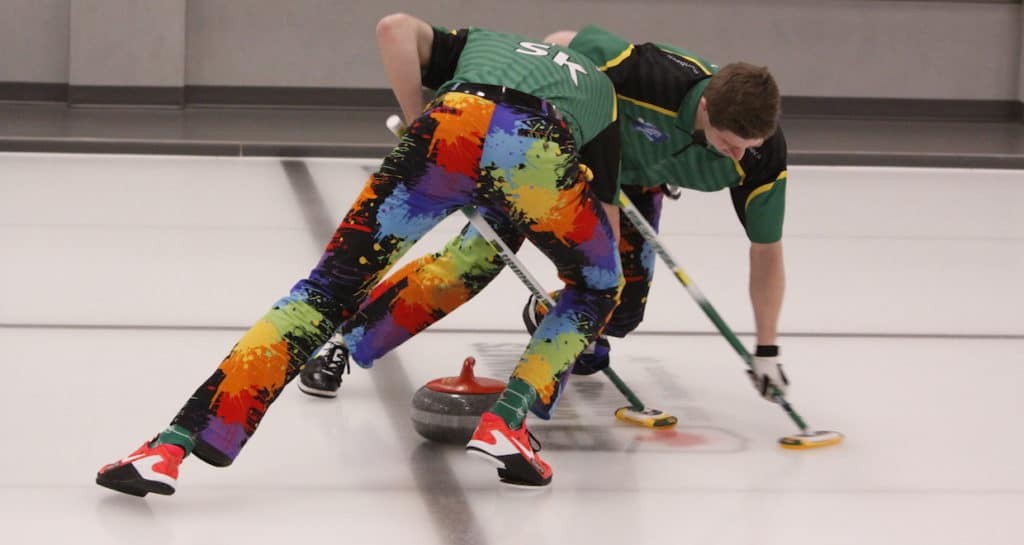 Fourteen men’s and 14 women’s teams will compete for Canadian titles, separated into two seven-team pools per gender for an initial round robin, followed by a Championship Round (top four in each pool) leading to the playoffs. The top team advances to its respective final on Sunday, Jan. 21, while the second- and third-place teams meet in a semifinal on Saturday, Jan. 20, to determine the other finalist. TSN/RDS2 will carry complete live coverage of the semifinals (women at 1 p.m. [all times ET], men at 6 p.m.) on Jan. 20 and finals (women at 1 p.m., men at 6 p.m.), held at the Aréna de Grand Mère. It’s the first year of event title sponsorship by New Holland, a world leader in the manufacturing and selling of agricultural and construction equipment. For event information, visit www.curling.ca/2018juniors.