After so many years of trying to qualify for the Olympics, it certainly is special to be here today. 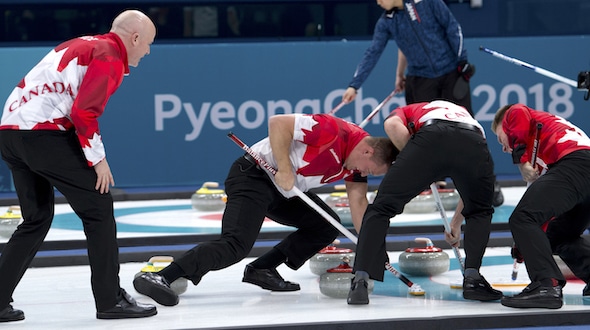 The guys asked me two years ago to become their alternate on a full-time basis, and I’ve totally embraced it. I’m just totally happy to be here with these guys, representing Canada at the Olympics. It’s a phenomenal event; logistically, it’s like nothing you’ve ever seen at a Brier or anything else, so it’s really cool.

As much as you try to keep the mindset that when you get on the ice it’s just another curling event, you know that it’s not when you’re at the Olympics. But your role as the alternate doesn’t really change, other than there’s a lot more distractions that you need to manage. That just means that there’s a bit more work for me to do, but I don’t mind that at all. I don’t mind taking the bullet for the guys to help keep them focused.

Today’s game against Sweden was great to watch, and fortunately John, Rick and I have one of the best seats in the house, right behind the sheet on the coaches’ stand. I thought we controlled the game for the first five ends, and Nik made a great freeze in the sixth end to lock in his steal. There’s nothing you can do about that; if that rock stops two inches shorter or hangs out two inches more, we have a raise double for two that could change the momentum of the game. 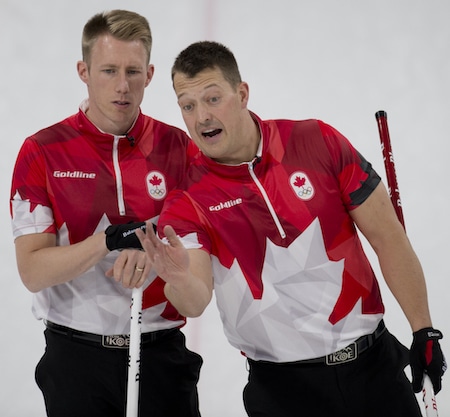 But a loss like that won’t affect these guys at all. We’ve still set ourselves up in a very good spot; if you’d have asked us if we’d like to be 4-1 after five games, we would have taken that and run with it.

I played against Kevin for a lot of years when I was with Team Ferbey, and always had a lot of respect for him as a player. Now, I’m getting to know him as a person, and it’s been great. Even around us, Kevin is a pretty quiet, reserved guy — especially when you come to big events. He gets in a zone, but that’s exactly what we want out of him. He just loves to go out and play the sport, and he’s a great team guy. Doesn’t say a lot in the dressing room, but you know he commands a pretty good audience from us when he does have something to say. He doesn’t say a whole lot, but he makes it count.

As a strategist, Kevin is just like the greatest chess-masters; they see three, four, five moves ahead, and you’re always trying to minimize the opportunities you give the other team and pounce on them when you get a chance.

And with him, he’s such a phenomenal thrower with the up-weight, and deadly accurate, it makes it tougher on other teams because they have to look at a lot more possibilities that they don’t have to deal with playing other opponents.

We’ve got the night off, but it won’t be a late night because we’ve got Switzerland in the morning, and we’ll be looking to come back strong!

(Scott Pfeifer is the alternate for Canada’s Olympic men’s curling team, and is participating in his first Winter Olympics. Keep checking curling.ca for blogs from Canadian athletes and coaches attending the Winter Olympics; you can watch a replay of the game by CLICKING HERE)