Two men from Quebec who have worked tirelessly on behalf of the sport of curling have won prestigious Curling Canada awards, it was announced on Tuesday. 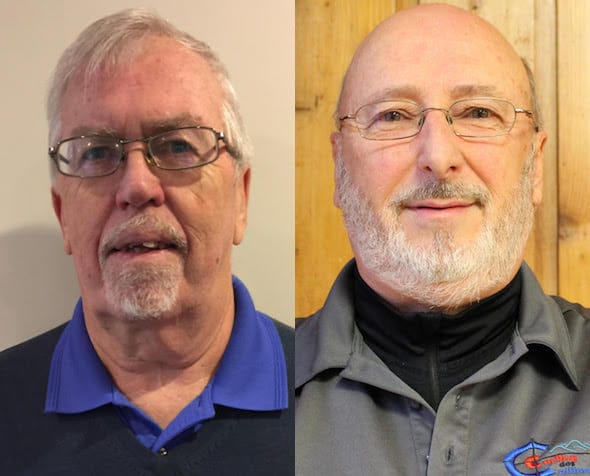 Mike Carson of Vaudreuil-Dorion has won the Ray Kingsmith Award, and Roger Smith of La Peche has won the Curling Canada Volunteer of the Year Award.

“We saw our Canadian curlers represent us with class and professionalism on the world stage this month in Pyeongchang, and one thing they all had in common was that they got their start in one of Canada’s curling centres with help from volunteers,” said Curling Canada Board of Governors member Scott Comfort, who chairs the Awards and Hall of Fame Committee. “Making announcements like these, where we get to tell the stories of volunteers, truly is one of the highlights of a curling season for our organization, and couldn’t be happier to recognize the efforts of Mike and Roger.”

Here’s a closer look at each of the award winners:

The Ray Kingsmith Award is named after the man who played a leading role in bringing curling to the Winter Olympic family, and was a tireless volunteer in administration and management roles in the sport of curling. The award honours individuals who best demonstrate a similar commitment and dedication to our sport that made Ray Kingsmith the consummate sport executive.

Carson’s work in the sport of curling has seen him involved at the club, community, provincial, national and international levels — all with the attitude of giving back to a sport for which he has a passion.

A member of the Governor General’s Curling Club, Carson has served in various capacities with curling clubs, and also was an instrumental figure on the provincial scene, helping organize numerous championships. He was an early advocate of the Page playoff system, and had it in use at Quebec championships as early as 1983.

Not long after that, he was assigned the task of heading the organizing committee for the 1988 Brier in Chicoutimi — an event that provided popular with fans and curlers alike for the warm hospitality of the region, and the host committee.

The Curling Canada Volunteer of the Year Award is based on the nominee’s contributions from the previous curling season, in any number of areas.

Getting a new curling centre built is not an easy task, but it’s one Smith attacked with fervor as he saw the need for a facility in Chelsea, Que.

Curling des Collines, a club with some 90 members originally, has been around since 2005 but has never had its own facility. It started in a hockey arena, and then moved into an Ottawa curling rink in 2014.

The dream of having a facility to call its own for Curling des Collines came true in February 2016 when the Quebec government announced it was granting $1.7 million towards the construction of a new four-sheet curling centre.

It was Smith who drafted the grant applications and business plan that convinced the provincial government to grant the funds. Smith twisted arms to the tune of more than $400,000 in a fundraising campaign and was the point-man in talks with financial institutions to secure additional financing.

The money was only half the battle; he also had to find the land for the new curling centre, and finally found a willing host in Chelsea.

Curling des Collines is now in its final stages of construction, with the doors expected to open for the 2018-19 season, with room for more than 600 members.

Smith will be honoured during an on-ice ceremony at the 2018 Tim Hortons Brier in Regina.

Curling Canada’s 14 Member Associations submitted applications for the Curling Canada Volunteer of the Year Award, and among some amazing submissions, it was narrowed down seven finalists, including Smith.

The other National Finalists were as follows: