The 2018 Canadian Wheelchair Curling Championship got underway at the Leduc Recreation Complex in Leduc, Alta., today, with ten teams from across Canada vying for the national title. 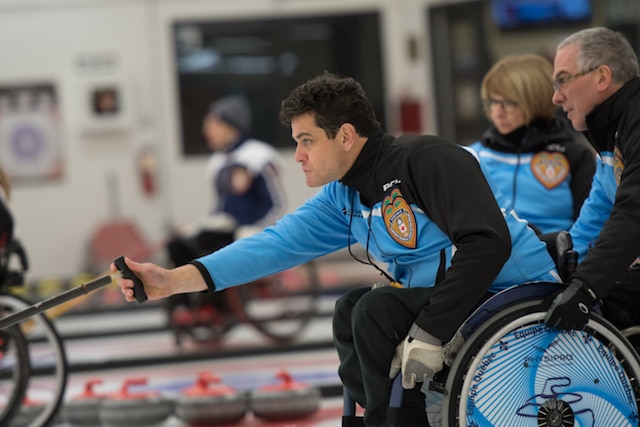 Benoit Lessard and his Quebec team of Carl Marquis, Claude Brunet, Christine Lavalée and coach Germain Tremblay got off to an impressive start, scoring two in the first end and then stealing three ends on the way to a 12-1 win over Ontario’s Chris Rees. “That’s a good confidence-booster,” said Lessard, the 2013 Canadian champion. “We made a lot of shots, consistently, all four players.” But he’s taking nothing for granted in a field that includes Paralympic medallists and other past Canadian champions. “It’s an old cliché, but it’s one game at a time,” he said. “We treat every game like it’s the first game.” On the other hand, it was a tough start for last year’s champion, Mark Thiessen of Manitoba – the bronze medallist at the 2018 Paralympics, along with teammate Jamie Anseeuw and Saskatchewan skip Marie Wright – who couldn’t get anything going in a 9-2 loss to Darryl Neighbour of B.C. Wright also had an easy start to the competition, scoring three points in the first end and then stealing another three in the second to lead her Saskatchewan team to an 11-4 win over Newfoundland and Labrador’s Cecilia Carroll. New Brunswick’s Michael Fitzgerald gave up three straight steals to Northern Ontario’s Lorin Gan, but rallied with three points in the eighth to squeak out a 9-8 win. In the last game of the opening draw, Alberta’s Jack Smart battled back from a 4-1 deficit after five ends to force an extra end against Nova Scotia’s Trendal Hubley-Bolivar. Alberta was able to bury a rock in the four-foot, leaving a difficult raise takeout through a port, but Hubley-Bolivar couldn’t get past a guard in front of the house, and Smart stole the 5-4 win. Action continues on Tuesday with draws at 1:30 p.m. and 6:30 p.m. ET. For new, team information and scores, visit the event website at www.curling.ca/2018wheelchair 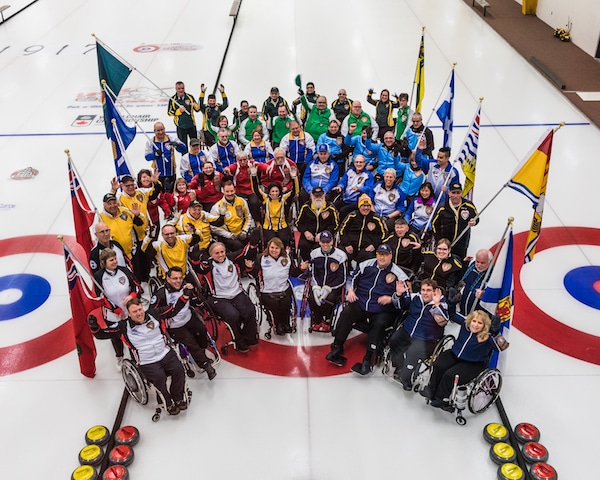