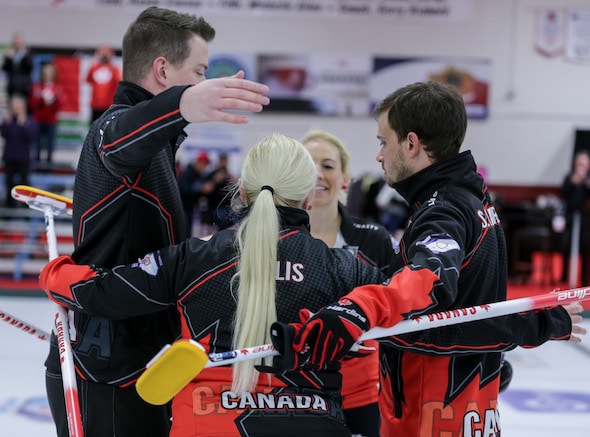 Mike Anderson’s team, representing The Thornhill Club in Thornhill, Ont., put together a stellar performance en route to a 7-3 victory over Norway’s Ingvild Skaga in the semifinal on Saturday morning.

“To be honest, it’s the third or fourth game in the last five where we’ve really felt like every end we had something set up,” said Anderson. “Even if we were off just slightly, the next shot came down and put things back to where we needed to be.”

Canada lost its only game of the 2018 World Championship to Norway six days ago, a 5-4 setback that was largely the result of surrendering three in the first end.

This time around, Canada came out stronger, forcing Norway to a single point in the first end and then manufacturing an open-house deuce in the second with eight perfect shots. The teams traded singles the next three ends, but holding a 3-2 lead going into the sixth, Canada turned the screws tighter and put two on the board, and added a decisive steal of two in the seventh before running Norway out of rocks in the eighth. 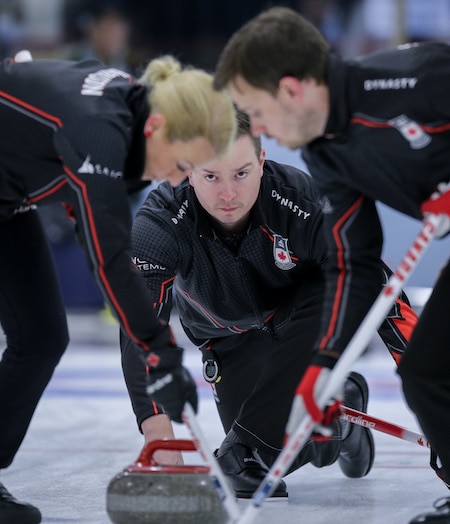 Canada will be trying to win its first gold medal in the short four-year history of the World Mixed Championship; its best previous result was the silver won by Trevor Bonot’s team from Thunder Bay, Ont., last year in Champéry, Switzerland.

“As a curler, any event you enter, the objective is to win,” said Anderson. “And an event that has the words ‘World Championship’ attached, you want to win that much more. And for it to be something that Canada has never done before? There aren’t a lot of firsts left in Canadian curling. So it would be really cool to have one of those.”

Spain doesn’t have a rich curling history, but Vez is a past World Championship medallist; he won bronze at the 2014 World Mixed Doubles Championship in Dumfries, Scotland.

The Spaniards finished first in their round-robin pool with a 7-1 record.

“We’ll be amped up, I’m sure, going into the last game,” said Anderson. “We’ve never played Spain before; at the end of the day it’s eight rocks vs. eight rocks. It doesn’t matter what the back of the shirt says.”