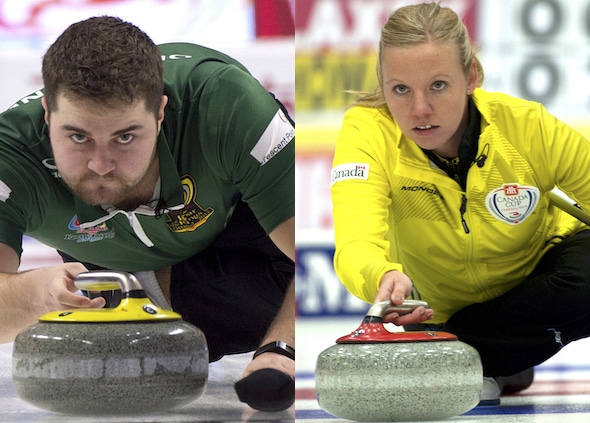 The final two entries were determined on Sunday as Regina’s Matt Dunstone and Winnipeg’s Alli Flaxey secured their berths by being the top previously non-qualified teams on the Canadian Team Ranking System as of Nov. 11.

Dunstone, curling with vice-skip Braeden Moskowy, second Catlin Schneider and lead Dustin Kidby, and Flaxey, backed up by vice-skip Kate Cameron, second Taylor McDonald and lead Raunora Westcott, won the men’s and women’s titles respectively at the DeKalb Superspiel in Morris, Man., earlier this month to all but clinch their trips to Estevan.

Seven men’s and eight women’s teams will be in Estevan, taking their best shots for the lion’s share of the $140,000 cash purse, along with the other perks that go to the champions of the Home Hardware Canada Cup. The winning men’s and women’s teams will be guaranteed berths into the 2021 Road to the Roar Pre-Trials, which will be the final qualifying event for the 2021 Tim Hortons Roar of the Rings Canadian Curling Trials — the event that will decide Canada’s four-player teams for the 2022 Winter Olympics in Beijing.

Also, the 2018 Home Hardware Canada Cup champions will qualify for a Curling World Cup event during the 2019-20 season.

A virtual tie in the 2017-18 Order of Merit standings for the final qualifying spot in the women’s competition meant one team was added to the field.

Tickets are be available online at curling.ca/tickets or (833) 219-9444; as well, a limited number of single-draw tickets are available at the Tourism Booth in the Estevan Leisure Centre (Affinity Place). Hours of operation are Monday to Friday 4-8 p.m., and Saturday and Sunday, 10 a.m. to 4 p.m.

All ticket packages are subject to standard ticket service fees.

You can check out the full schedule for the 2018 Home Hardware Canada Cup by CLICKING HERE.