By the standards of most other teams, Team Rachel Homan and Team Brad Jacobs are both having pretty good years. Both squads have qualified in almost every event, and have reached semifinals and finals in big events all year. Homan even won her first event of the year, the World Cup of Curling in Suzhou, China. 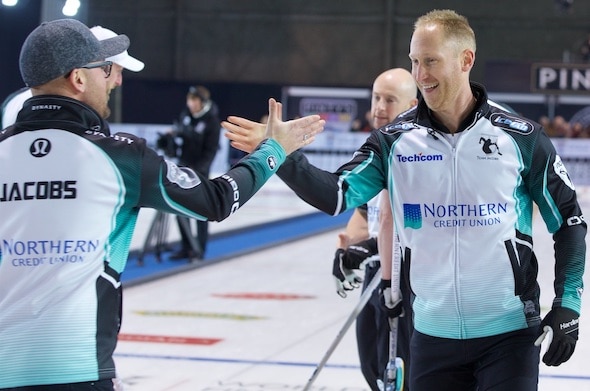 But by their own standards, both Homan (Ottawa) and Jacobs (Sault Ste. Marie, Ont.) would tell you that they’ve been frustrated coming up just short in recent competitions. Semifinals and runner-up finishes are nice and all, but they play each event to win the title, and coming close without winning the cigar was getting irritating.

Both teams, however, finally closed the deal this weekend at the Grand Slam of Curling’s Tour Challenge in Thunder Bay, Ont.

Jacobs and Homan each earned $20,000 for their wins. Jacobs, with Ryan Fry, E.J. Harnden, Ryan Harnden and coach Adam Kingsbury, defeated Edmonton’s Brendan Bottcher 6-5 in the final, by taking two in the final end.

Homan, with Emma Miskew, Joanne Courtney, and Lisa Weagle (coach Marcel Rocque didnt make the trip to Thunder Bay) beat Winnipeg’s Tracy Fleury 8-4, in a final that was controlled the whole way by the Ottawa foursome. 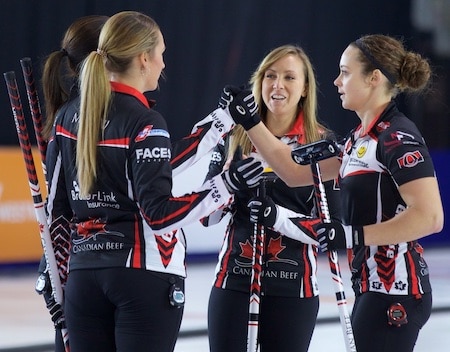 Jacobs’ fourth Grand Slam win earned him 79.050 points, a number calculated based on the strength of field in the competition.

The Tour Challenge also featured a Tier 2 event, which saw Saskatoon’s Kirk Muyres (with Kevin Marsh, Daniel Mash and Dallan Muyres) defeat Kingston, Ont.’s Scott McDonald in the final. Muyres not only earned $10,000 for his efforts, but also qualifies for a future Grand Slam event — the Meridian Canadian Open in North Battleford, Sask., in January.  He also adds 46.936 points to his ranking.

The women’s Tier 2 event was an all-international affair with Switzerland’s Elena Stern (with Briar Hürlimann, Lisa Gisler, and Céline Koller) defeating Japan’s Sayaka Yoshimura in the final. Team Stern earned $10,000, 44.756 WCT Order of Merit points, and a berth in the Meridian Canadian Open as well.