Selena Sturmay and her Edmonton-based foursome continue to build momentum after handing Switzerland’s Raphaela Keiser her first loss of the round robin on Wednesday afternoon at the 2019 World Junior Curling Championships in Liverpool, N.S. 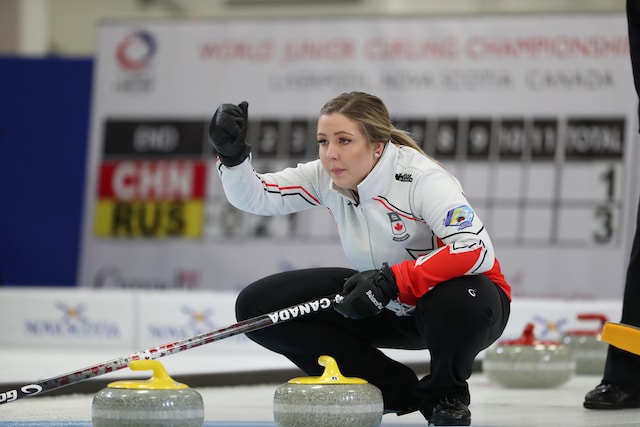 Sturmay, third Abby Marks, second Kate Goodhelpsen, lead Paige Papley, alternate Karlee Burgess and coach Amanda-Dawn St. Laurent came into the game with a 3-2 record and faced a Swiss team who were riding a five-game winning streak, but neither team seemed ready to go on the offence. After a couple of cautious blank ends, the teams changed gears in the third. Two great shots by Sturmay – a draw to the button followed by a double – and a miss from Swiss fourth-rock thrower Selina Witschonke – gave Canada a steal of two to kick off the scoring. From that point on, Canada held the edge, even with some misses on both sides. With a 6-4 lead heading into ten, the Canadians took over the house, making it impossible for Keiser to get any offence going. Needing two to tie, Witschonke’s first draw attempt didn’t bury, and Sturmay made an open hit for the win. “It feels great,” said the Team Canada skip about handing Switzerland their first defeat of the round robin. “I feel like all of us as a team played great and we were able to catch on to the ice conditions early which I think really helped us this game.” But she was well aware of the tentative start by both teams, as well as the misses that led to steals on both sides. “I think the biggest thing for us was to keep in mind our (shot) tolerances,” she said. “I think that’s what really hurt us the first half of the game. So just knowing when it’s better to be light and heavy, stuff like that helped us in the second half.” With three games left in the round robin, Canada continues to climb in the standings and now has a 4-2 record, behind Switzerland and China at 5-1, and tied with Korea and Russia. With playoff positions up for grabs, Sturmay knows the team has to keep the momentum going. “I think mentally and physically we’re ready for the next three games we have ahead. We just want to keep reading the ice well and playing well and sticking to our practice and our routines that we have going for us.” The Canadian women will be back on the ice on Thursday against Norway (8 a.m. ET) and China (6 p.m. ET) In the men’s draw on Wednesday morning, Tyler Tardi and his crew of third Sterling Middleton, second Matt Hall, lead Alex Horvath, alternate Rylan Kleiter and coach Paul Tardi cruised to a 6-2 win over China’s Weihaoping Wang to improve their record to 4-2 and join a logjam of teams tied for second behind undefeated Scotland. The Canadian men are back on the ice Wednesday night against Germany’s Klaudius Harsch (2-4) at 6 p.m. ET. Event information, including news and live scoring, are available at the event website, https://www.worldcurling.org/wjcc2019 As well, selected games will be streamed live on the World Curling Federation’s Youtube channel, https://www.worldcurling.org/wjcc2019/live-stream 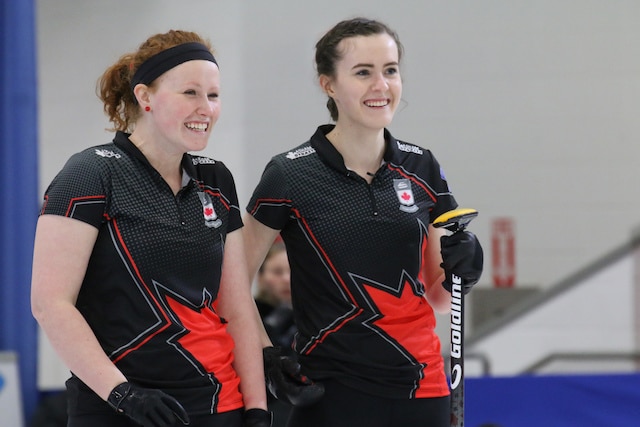