SILKEBORG, Denmark — Team Canada got back to its winning ways on Monday night at the 2019 LGT World Women’s Curling Championship, presented by Pioneer Hi-Bred. 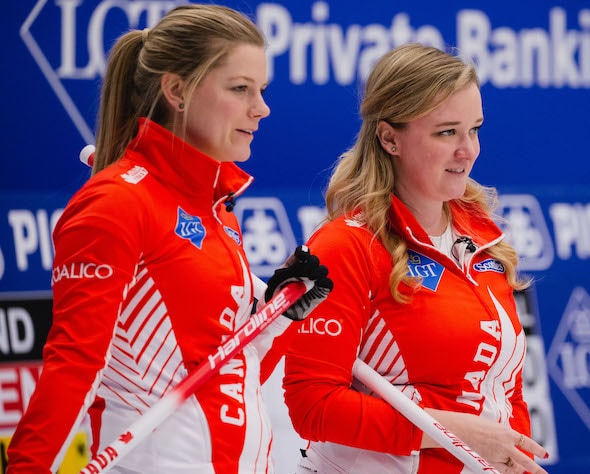 A 7-6 win over Finland’s Oona Kauste (0-5) at the Silkeborg Sportscenter left Chelsea Carey’s Canadian team with a 3-2 record and feeling much better than it did a few hours earlier following a loss to Japan on Monday afternoon.

“You don’t want to lose many games at all, but certainly two in a row, it just puts you on a downward spiral that’s hard to come back from,” said Carey, whose Calgary team is rounded out by vice-skip Sarah Wilkes, second Dana Ferguson, lead Rachel Brown, alternate Jill Officer, team coach Dan Carey and national coach Elaine Dagg-Jackson. “Especially considering we already lost two, we needed to bounce back tonight, and we did that. Now, we need to keep that going moving forward, but tonight was what we needed to do.”

The Canadians never trailed, and while there were still some moments of the kind of inconsistency that has plagued the team through the first three days in Denmark, they were fewer and far between against the Finns.

Canada scored one in the first and then stole a beautiful point in the second thanks to a precise hit-and-roll on Carey’s final stone; Kauste’s attempt at an in-off double-takeout removed just one Canadian stone.

The Canadians stretched the lead with a deuce in the fourth, and were never really threatened the rest of the way.

It was an important victory — not only in the standings as it kept Canada firmly in the race for one of the six available playoff positions, but also from a confidence standpoint. The latter, admitted Ferguson, has been an issue at times here. Part of that, undoubtedly, can be attributed to rookie nerves as Wilkes, Ferguson and Brown all are making their world championship debuts.

“Experiencing it is different — feeling that pressure,” said Ferguson. “There’s a lot of things said (by fans), negative and positive, and even though you try to shut them out, you still kind of hear it in the back of your head after every loss. I think it’s just a different feeling — you’re not just representing you, you’re representing your country and it’s a different feeling than I’ve ever had. But we’re all getting more comfortable with it.” 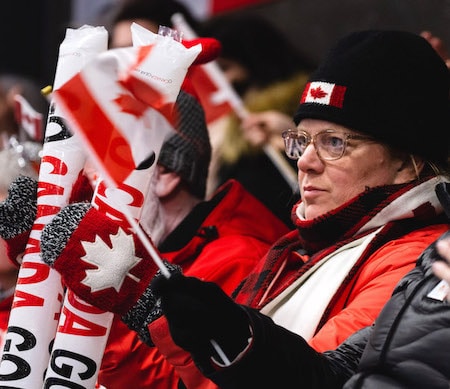 Team Canada is back on the ice for a pair of games on Tuesday, at 9 a.m. (all times Eastern) against Scotland’s Sophie Jackson (3-2) and at 2 p.m. against Jamie Sinclair of the United States (2-3).