If you pour it, they will come: how change benefits curling clubs

We’re in an era of change and adaptability in the curling industry, and in many ways it can be summed up in two words: craft beer. 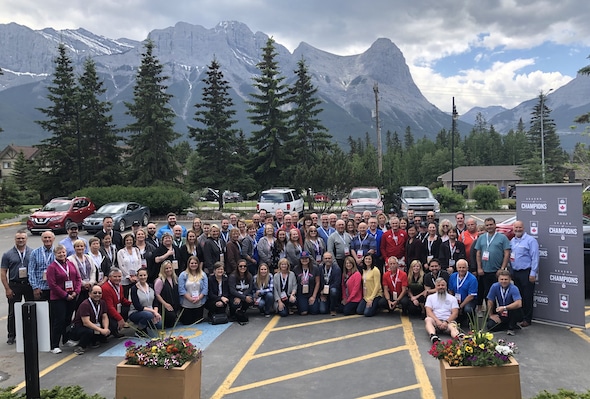 Participants in the 2019 Business of Curling Symposium in Canmore, Alta. (Photo, Curling Canada)

Say what? Don’t you mean “compliant broomhead” or “tick shot” or “five-rock rule” (work with us here)?

As much as those terms are applicable on the ice, it’s the changes that have taken place off the ice at Canada’s curling centres that are making the most difference between success and barely getting by.

That willingness to embrace change and find new ways to do business was an overarching theme of the 2019 Curling Canada Business of Curling Symposium, which took place this past weekend in Canmore, Alta., and attracted club managers, board members and administrators from across Canada.

Presenters from all walks of the curling business — and some with no connection at all — presented ideas and new ways of thinking, covering such topics as sponsorship, volunteer management, risk management and food and beverage service. 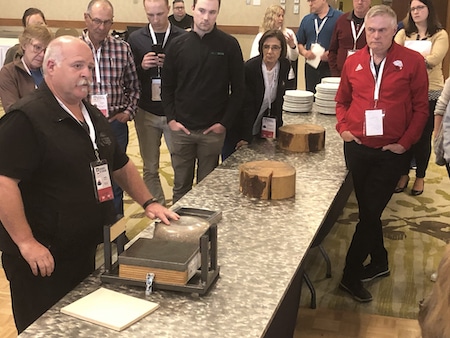 And, yes, craft beer was a hot topic as more curling centres in Canada look for ways to not only keep their existing customer base, but also broaden it. As one manager pointed out, “If they don’t drink it at your place, they’ll just find someplace else to drink it.”

“What people have to understand is that you have to be able to understand and accept change to advance and progress,” said Jack Inouye, who manages the bustling York Curling Club in Newmarket, Ont. “You can’t keep on doing things the same way or things won’t change. Introduce change, get people to buy into it, and progress from there.”

“The secret,” added Jeff Hodge, manager of Winnipeg’s Fort Rouge Curling Club, “is to give them the whole package — it’s not just a curling night. It’s everything. We completely redid our bar, and now it’s as nice as any bar in the city — not just curling bars, but all bars. It’s a place you want to be. We listen to what our customers are saying and suggesting.”

Hodge’s club keeps those craft beers pouring on a regular basis and they’re keeping customers — many of them who grew up in clubs that offered little alternative to the traditional “Blue” or “Canadian” options — happy.

But as clubs know all too well, Canadians’ attitudes to drinking have changed dramatically, so curling club bars and lounges have had to as well.

That means upgrading food services as well (avocado toast — coming soon to a curling cafeteria near you!).

“We changed our programming to better suit the demographics of our area, and we tried to sell more than just curling — sell an overall social experience,” said Chris McTavish, manager of the Shamrock Curling Club in Edmonton, which went from being on the verge of closing seven years ago to having its leagues filled every night with a wait list. “Quality food, quality drink, friendly welcoming atmosphere. And we found a lot of people coming to the club weren’t just there to curl; they were there for the overall experience. We offered shorter games — we didn’t want to sell two hours of cold on the ice. We sell a shorter game, and we bring in quality food, craft beer, and a welcoming community experience so that people feel part of something.” 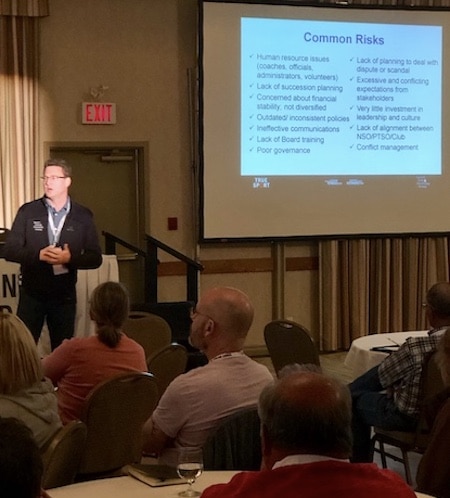 The shorter game concept will take some longtime industry people aback, no doubt, but it was a risk worth taking, in McTavish’s view, and it’s a risk that has paid off, and his peers are taking notice as that trend is spreading. Shorter games means more time on the warm side of the glass — that is, if you have products that will appeal to your members and keep them from leaving after their games.

“In the curling business now, you have to be adaptable,” said Hodge. “If you’re trying to do the tried-and-true things from before, you’re going to be left behind. In our city, we’ve seen clubs that have done that, and we’ve lost a number of those clubs over the years. The clubs that are more progressive and think outside of the box, the clubs that try to find new ideas and have the courage to try them, those are the clubs that are doing well. You have to try new things — sometimes you will fail, but you learn from that.”

Inouye and the York club are trying something new this coming season — offering a flexible short-season option that will see curlers play five times a year, and they can choose which five nights they play from 10 available dates.

“It will hopefully get those younger people in five times during the year, get them introduced to the club and get them comfortable, and maybe next year they might find time to curl once a week,” said Inouye. “It’s a test run — if it works, great. If it doesn’t? We haven’t invested that much into it, but it comes down to change, right? Introduce change, see how it affects things, and adjust accordingly. Don’t be afraid to try.”

That philosophy speaks volumes to the likes of two-time Scotties Tournament of Hearts champion Heather Nedohin, who in a few short seasons as business manager of the Sherwood Park Curling Club has turned that facility into one of the country’s leading-edge curling centres, and was rewarded earlier this month as Curling Alberta named Sherwood Park its 2018-19 Club of the Year. 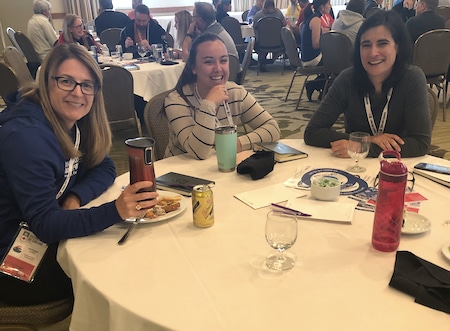 “Curling is evolving — all sport associations are evolving, and I think it’s OK to try something new,” said Nedohin. “If it’s not successful right away, give it time. It took us five years to finally fill our mixed doubles league. Not everybody grasped on to it right away. And now, triples — maybe that’s the new evolution of our game. But if you’re creative, and you have some positive enthusiasm, how can you not jump on board and try it?”

Little things can make a difference, too — an early season raffle for reserved club parking spots can generate income, for instance.

As well, clubs can use their space during the summer to generate income — the Kelowna Curling Club in the heart of B.C.’s Okanagan region is a beehive of summer activity, and even has a separate website (curlandia.ca) devoted to its summer-time bookings and events.

But big-picture thinking — such as planning for equipment and technology change and developing new sources of income (selling naming rights to the club is gaining traction) — are keys to success, as is being on top of what your customers are looking for, and overcoming a fear of taking risks.

“That’s the key,” said Hodge. “Listen to what your customers are saying and adapt your products to what they’re looking for. Expectations have changed, and you need to adjust.”

“We made lots of mistakes over the years,” added McTavish. “Lots. But you learn from them and move on. You can’t be afraid to make mistakes.”

What’s exciting is that there are numerous opportunities for growth for Canada’s curling centres. National data collected by the Vividata national research company shows curling participation has grown steadily over the past four seasons (1,512,000 Canadians 14 and over curled at least once in 2015; that number increased to 1,986,000 over the first half of 2019).

And while many cite aging demographics as an issue, the reality is that that young people are curling, too, and having fun, on and off the ice.

“If anyone thinks curling is dying, they should come to the Shamrock Curling Club,” said McTavish. “On any given week-night, our average age is early to mid 30s and they’re having a great time. We have a wait list — we just don’t have enough days in the week or sheets to fill the demand. There’s demand out there for clubs — you just have to find the right way to meet it.”