The puck (rock?) drops Wednesday on the Home Hardware Canada Cup, presented by Merian Manufacturing, and as always it is going to be quite a week of curling. 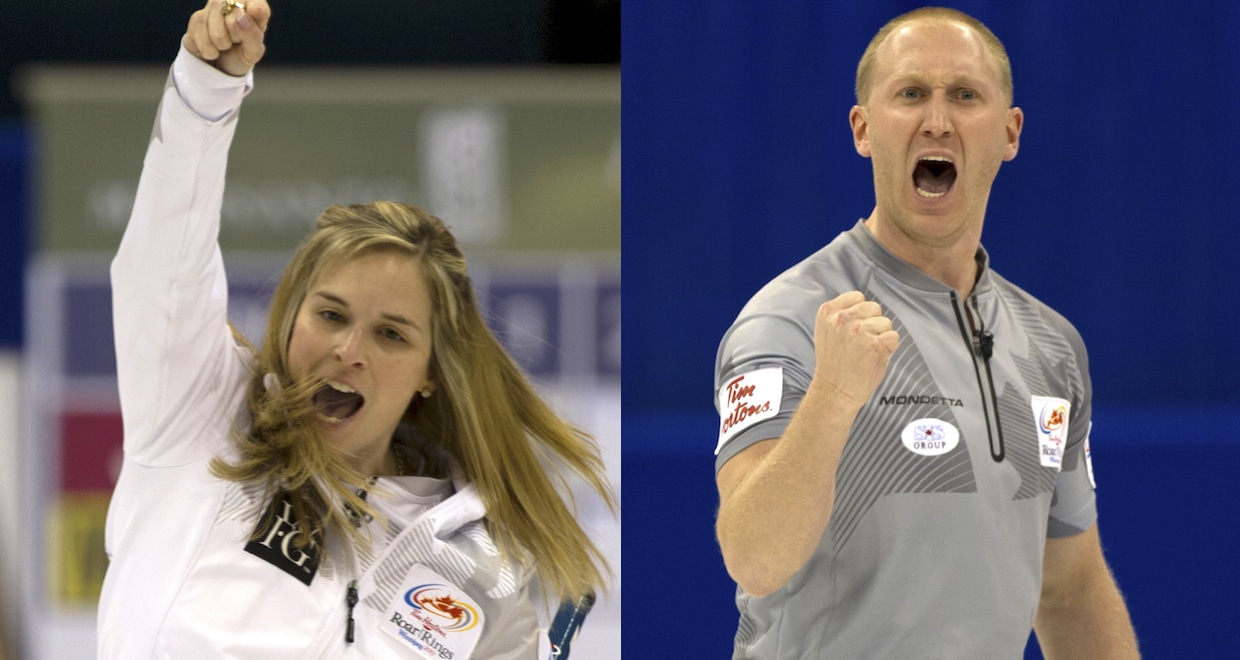 John Morris and Kevin Koe will be going head to head this week at the Home Hardware Canada Cup, presented by Meridian Manufacturing, in Camrose, Alta. (Photo, CCA/Michael Burns)

The way that the Home Hardware Canada Cup field is assembled always ensures that it is one of the strongest that we play in during a year but this year will have extra special intrigue on the men’s side. Normally the Canada Cup field will have multiple entries from provinces such as Ontario, Alberta or Manitoba, but not this year. For the first time in the 11-year history of the event, it could realistically be looked at as a preview for the Tim Hortons Brier, Feb. 28-March 8 in Calgary. There will be quite a few teams in playdowns that will have something to say about it, but most observers would peg these teams as the favourites in their provincials come February and they will all be in Camrose; Jim Cotter (B.C.), Kevin Koe (Alberta), Mike McEwen (Manitoba), Brad Jacobs (Northern Ontario), Glenn Howard (Ontario) and Brad Gushue (Newfoundland/Labrador). Add in our Team Canada squad, which is fortunate to be the only team that can say with 100 per cent certainty that we will be in Calgary in March, and the field looks quite similar to what may be in the Scotiabank Saddledome in early March. There are teams that will read this and try to prove me wrong, but most would be surprised if the majority of this Canada Cup field does not join us in Calgary. The Great Curling Shakeup of 2014 that happened last March and April has added to the intrigue of this event, as it has created matchups that fans will be clamouring to see. Our former skipper Kevin Koe versus … well, US (!), is right up there on the list of fascinating matchups (Thursday at 6:30 p.m. MT, in case you’re wondering…). I tried to tell Ben Hebert that we should stoke the fire of fans thinking that we hate each other by having a little tussle in the first end of our game, but he says my size and reach are too much to handle so he will probably pass. I’d agree with him and I’d have to make sure that any scuffle between us didn’t get on the ground as I think I’m too long and skinny to handle Benny in the ground-and-pound (who thought this post would turned into an MMA tale of the tape analysis between Nolan Thiessen and Ben Hebert? But this is how my brain operates!) Other battles fans will have circled are most certainly the Tim Hortons Roar of the Rings final re-match between Cotter and Jacobs, and the matchup between the two most successful teams this fall, McEwen vs. Jacobs. There will be interest in seeing the dynamics of Glenn Howard’s new team with Uncle Richy (Richard Hart) re-integrating to the lineup after a three-year hiatus, and Mark Nichols re-acclimatizing to playing vice again for Brad Gushue. There shouldn’t be a dull moment for the fans in Northern Alberta this week. The fans in Camrose won’t be able to look at the draw and say, “well, no good games so I’ll skip this draw.” Every time they show up at the Encana Arena, they’ll get highly competitive and entertaining games. Click here to get a look at the full schedule. 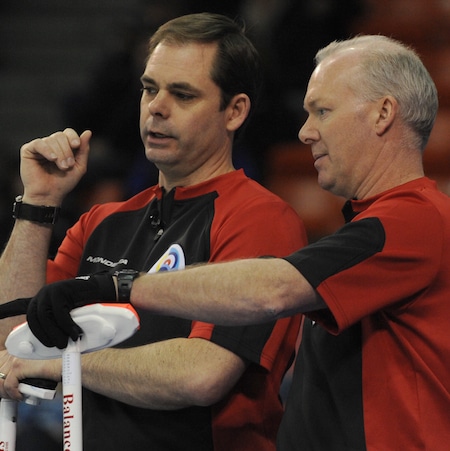 From a player’s perspective, the Home Hardware Canada Cup draw is always a meat grinder — two games a day for three days against the best of the best. There are exactly zero free spaces on the bingo card and whoever wins this thing next week will have to be on their ‘A’ game from the jump. Kevin Martin’s longtime third Don Walchuk used to quote this gem when I first came to Alberta: “When you can’t find the free space on the bingo card in the draw, it means the free space is you!” The scary thing is that means that a lot of teams this week will have that feeling. The amazing aspect of this event is that there are so many good teams that somebody really good is going to end up 2-4 or 1-5 and look like a bad team, when in reality they just had a bad week or run of back luck. We were lucky to be in Camrose last week at the local Home Hardware, visiting with fans, drinking coffee and playing a little “Cool Curling.” Later in the day we got to drop the puck at the Camrose Kodiaks game and met some fans and sponsors who will be in attendance this week. It was exciting to talk to people and hear that they are excited to have such a major curling event in their town. We got to play in the 2008 Continental Cup and the 2012 Alberta Men’s Provincials in Camrose and I have to say that it is one of the best arenas that we have ever played in. The ice was in the discussion for the best we have played on both times and the arena is one of the best for sightlines for fans in attendance. There are exactly zero bad seats in the house so a ticket at the door is not going to leave you needing binoculars to watch the action. So if you are in the area this week, make sure that you brave the cold and come down to Camrose and “Live it Live!” (Nolan Thiessen is a two-time Canadian champion who plays lead for Team John Morris, who will be competing in the 2014 Home Hardware Canada Cup of Curling, presented by Meridian Manufacturing, Dec. 3-7 in Camrose, Alta.; the 2015 World Financial Group Continental Cup, presented by SecurTek, Jan. 8-11 in Calgary; and the 2015 Tim Hortons Brier, presented by SecurTek, Feb. 28-March 8 in Calgary).