The future of curling looks bright in Winnipeg if the Elmwood Curling Club’s very successful Little Rock, Bantam and Junior curling programs are anything to go by. Elmwood’s Little Rocks was already at capacity in September, a full month before the 2014-2015 curling season kicked off. By the start of the season, 68 kids aged six and up were registered on one of the three Saturday programs aimed at building skills and having fun. 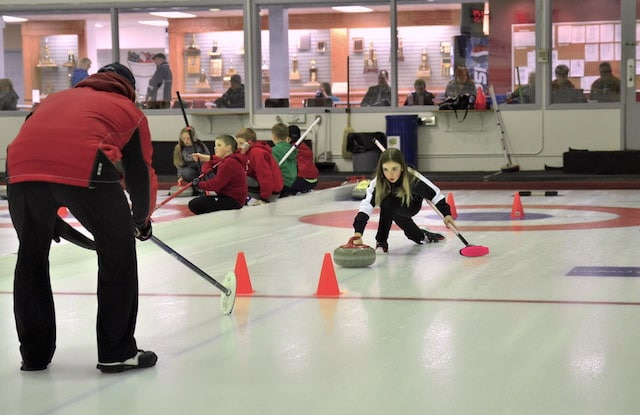 A young Elmwood CC curler gets some one-on-one instruction on her delivery in the thriving youth program (Photo courtesy B. Quesnel)

Junior Co-ordinator Bruce Quesnel is a longtime member of the club (so longtime, in fact, that he was given an Honorary Life Membership in 2014) and he says he’d love to see even more kids enrolled. “Our numbers are constrained by time and ice limitations on Saturdays so we have to figure out a way around that in order to allow more kids into the programs,” he says. The good news is that the average age for kids in the junior programs is getting lower, says Quesnel, which is a good sign for the future. The kids aged six to nine start with 45-minute sessions in the Little Rocks program, run by member Brett James, with the emphasis on the basics, using half and three-quarter sheets, temporary hacks and ghost rings, as well as the specialized, half-sized rocks. “Our Bantam program is run by Alan Ramm, who’s also our club president,” says Quesnel. “The program is more instructional with playing time increased as the season goes on. The Junior program is the next step up with league play and less focus on instruction. We run instructional/assessment clinics at the beginning of the year for both leagues. We go more by ability than age for placing kids in our programs and have had kids as young as 10 in the junior program and eight in the Bantam program.” It’s a recipe that works. Quesnel notes that some of Elmwood’s juniors have gone on to provincial and national competitions, including Shae Bevan who skipped the Manitoba women’s team at the Canada Winter Games in Prince George in February. 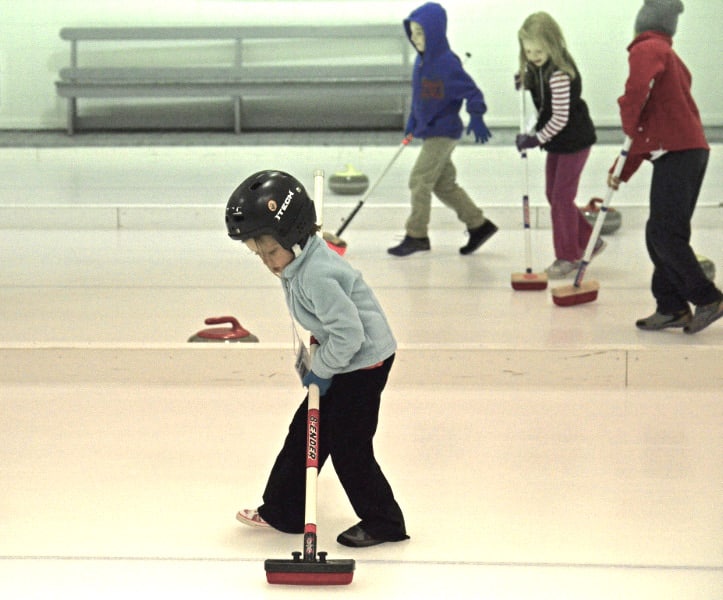 So, what’s the secret to running such a successful junior program? Quesnel suggests checking in with other clubs to see what they’re doing, and seeking out resources from provincial/territorial associations as well as Curling Canada. Another vital piece is to make sure there’s a good group of volunteers who stress sportsmanship and having fun; however, that can sometimes present the biggest challenge. “We use two instructors per sheet, and the number of kids we accept in the program is dependent on the number of parent volunteers we get,” says Quesnel. “In that regard we’ve been very fortunate for the last number of years in getting some very good on-ice people in both our Little Rocks and Junior programs. Some of our older experienced juniors also help out.” “I also think it’s important to have a good rapport with parents,” he says. “Keep the programs affordable so that kids from all income levels can participate.” Quesnel, whose own introduction to the sport was “jam pail” curling in elementary school, says he may soon be stepping down from the co-ordinator position – but he’s not going too far away. “I really enjoy volunteering and I’d like to stay on and help out at the club in some capacity,” he says. “I’m sure I’ll still be dropping by on Saturdays to check out the new batch of juniors. It’s a great way to spend a Manitoba winter at a very friendly club with some great people.” The real satisfaction, says Quesnel, is just seeing the kids learn the game and progress from one level to the next. “We have a number of kids who are in the CurlManitoba high performance program and will likely have more in it next year. So who knows, maybe there’s another Jennifer Jones or Mike McEwen among them.” 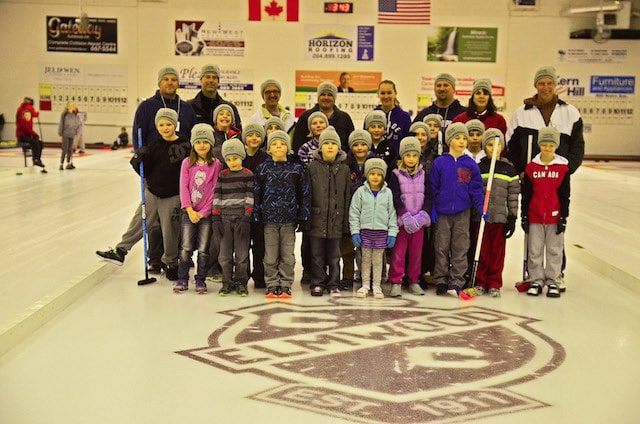 Young curlers and their instructors on the ice at Elmwood Curling Club in Winnipeg (Photo courtesy of B. Quesnel)