Karlee Burgess is a 17-year-old curler from Nova Scotia who will compete for Canada at the 2016 Youth Olympic Games in Lillehammer, Norway, next February. This story is the first in a series as Karlee shares her experiences on the road to the Youth Olympics. 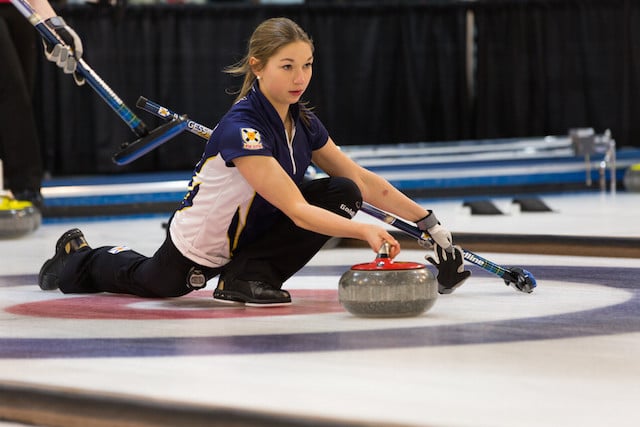 When I was six years old in 2004, I first stepped on to the curling ice. I was born to be a curler, everyone in my family with the last name Burgess was a curler, and my mom’s family in New Brunswick also curled. At that age, however, I couldn’t do much more than sit on a rock and get pushed down the curling sheet by my dad, or just sit on the boards with my shoes slipping around on the ice. Then as I began to grow up, I played in family spiels, then Little Rocks, and finally found my way on to a competitive curling team. I knew I loved the sport, and growing up with a family who have had amazing opportunities and experiences at the national and international level, I knew that someday I would want to wear the maple leaf on my back as well. That is where my Youth Olympics journey began. My name is Karlee Burgess and I’m 16 years old. I’m in Grade 11 at South Colchester Academy in Brookfield, N.S. Before the summer of 2008 I lived in Berwick, N.S., and I started my curling career in the Berwick Curling Club. Today I call Hilden, N.S., my home, and I curl out of the Truro Curling Club and Chester Curling Club. My first curling team was out of the Berwick Curling Club when I was 10. I was playing third and we attended two Little Rocks provincials. We didn’t get to play much more than that because there weren’t many spiels for us at that age. When I moved to Truro, I was very lucky to have the opportunity to play with some girls who were looking for another player, and we went to the U15 provincials where we lost the semifinal to some girl from Chester named Mary Fay. Mary was amazing, and I hoped that someday I would be able to play with her. Today, six years later, playing with Mary, my list of curling accomplishments includes a Nova Scotia U15 championship, U18 championship, Atlantic U18 championship, two U21 championships, a bronze medal from the M&M Meat Shops Canadian Junior Curling Championships, and a silver medal from the recent Canada Winter Games. 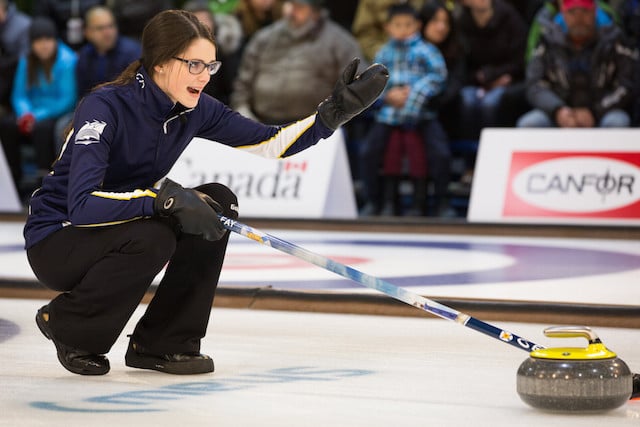 And now, Mary and I are Team Canada members for the 2016 Youth Olympics. To say “it’s been a ride” is an understatement! Before attending the Canada Games in Prince George, B.C., I was thrilled to apply for this amazing Youth Olympics opportunity. When the Canada Games were over in early March, the athletes who applied were all notified that if we were one of the four curlers chosen to represent Canada at the Youth Olympics, we would receive a call on Mon., April 13 at 9 p.m. (AST). Waiting to see if I was one of the four to get “the call” was extremely nerve racking. The phone rang at shortly after 9 p.m. At that moment I began to stare at the phone because so many thoughts were running through my head: “Am I really one of the athletes being chosen? Will I be representing Canada next year? Is this that call?” I answered the phone, and the call was for me. It was Greg Stremlaw, CEO of Curling Canada. This was it – the call I had been hoping for. He congratulated me and the rest was a blur. I was trembling in excitement and my heart was racing. I will never forget this amazing moment. Later that night, coach Helen Radford called to announce the rest of the team; I was now going to get to share this amazing experience with my best friend and teammate, Mary. The two boys – Tyler Tardi and Sterling Middleton – were selected from the British Columbia team at the Canada Games. I thought it was amazing to have the boys also coming from the same team. Our journey together would begin in less than two weeks in Montréal. Our first session together in Montréal was fantastic, especially getting to meet Tyler and Sterling, who were so fun to be around and extremely nice. The weekend was filled with lots of on-ice training providing very good information for Coach Helen. We also got to meet for three hours with Kyle Paquette, a sport psychologist with Curling Canada, who provided us with great information to start us on our path to be the best that we can be. But the highlight of the weekend would have to be when Curling Canada’s Danny Lamoureux presented us with our training clothing. It was beautiful: red, white and black with the glorious maple leaf (pinch me please!). Unfortunately the weekend had to come to an end; however, we are all looking forward to our next training weekend in Edmonton in July. My dream has become reality. I’m living my dream. I will represent Canada in the sport I love: curling. 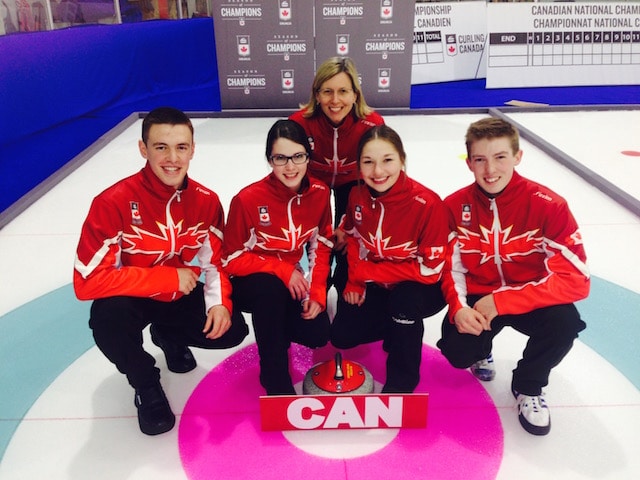