Brendan Bottcher has always loved a challenge — be it in school, in his career or on a sheet of curling ice. So, when the 24-year-old former world junior men’s curling champ was discussing some of the pros and cons of the Canadian Team Ranking System (CTRS), and the Order of Merit — both crucial measuring sticks for high-performance curling teams in Canada — with his coach Rob Krepps, Bottcher realized rather quickly that instead of simply talking about the problem, he should play a role in contributing some potential solutions. 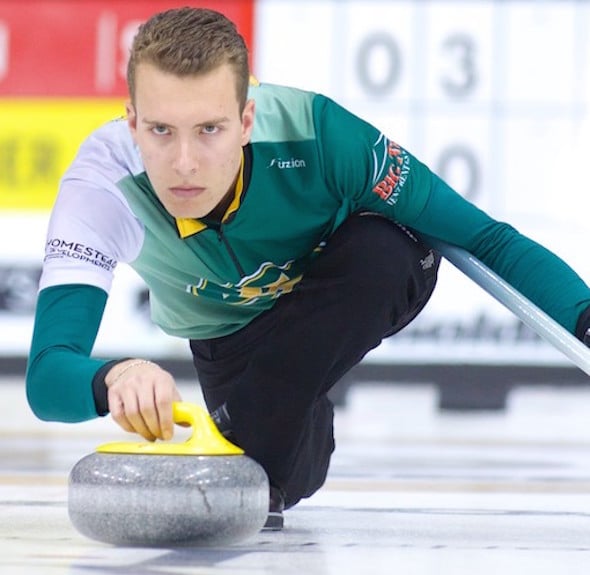 Brendan Bottcher played an integral role in an effort to revise the Canadian Team Ranking System and Order of Merit. (Photo, Anil Mungal/Sportsnet)

Understand, the CTRS — which plays a significant role in deciding which teams compete in the Tim Hortons Roar of the Rings Canadian Curling Trials, as well as the Home Hardware Canada Cup — has undergone many changes since its introduction prior to the 2003-04 season, reflective of the evolution of competitive curling. The same applies to the Order of Merit, which determines fields for the Grand Slam events. Typically, those changes coincide with the beginning of an Olympic quadrennial, or, more specifically, the beginning of the qualifying period leading to the next Tim Hortons Roar of the Rings. So, it was clearly on the agenda of Curling Canada High Performance Director Gerry Peckham. But when Bottcher sent him an email with his thoughts about the strengths and weaknesses of the CTRS and Order of Merit in the last quadrennial, that got the ball rolling on what would become an in-depth collaborative process that involved players, past and present, and administrators to produce a new-and-improved method of ranking teams. 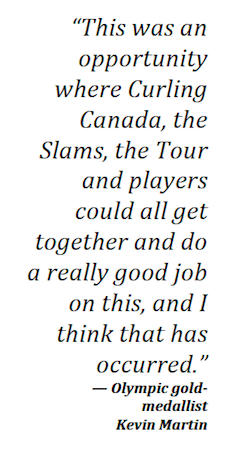 “We need to to ensure that the Canadian Team Ranking System is completely bulletproof on behalf of all those teams who aspire to qualify for the Trials or PreTrials,” said Peckham. “Our last two quadrennials, our math was pretty much irrefutable in that it represented, truly, who was ranked 1 through 18 in Canada, and having them qualify for the Trials and PreTrials. But we wanted to make sure that the same will be the case going into the 2016-17 season. Bottcher was then unleashed. An engineering grad from the University of Alberta, Bottcher used his analytical skills to come up with formulas to take as many variables as possible into determining the fairest system. He consulted with Canada’s top curling teams, as well as 2010 Olympic gold-medallist Kevin Martin. Also contributing in a crucial manner was Gerry Geurts of Curlingzone.com, who has played a lead role over the years in maintaining the ranking system and keeping track of the various Tour events that produce ranking points. Those points are accrued and weighted based on numerous factors, including the size and strength of the field in the tournament. But, said Martin, it wasn’t taking everything into account. “The point system wasn’t quite fair, to be honest,” said Martin. “The new system takes a great deal of things into account, with many of the factors, like strength of field, size of field and prize money, which were re-evaluated to better reflect what’s important in a ranking system. For anybody who’s played at a high level, if you’re drawing the four-foot for $100,000 or drawing the four-foot for a few thousand? That’s a big difference.” The math is not easy, but it’s also not impenetrable, said Bottcher. “I didn’t do anything that was too convoluted, partly because we need the average curler to be able to understand it,” he said. “It has to appeal to everybody, and if it’s just too confusing so that nobody gets it, then we’re no better off than the old system. So I tried to keep it fairly simple.” The best part of the new ranking system might well be the process that led to its production. “There have been quite a few people involved int his process along the way, players who took the time to analyze the numbers, do the math and make contributions,” said Peckham. “I think what we have is pretty reflective of a lot of collaboration.” “I think there’s a need — not only with the points system, but with all decisions in our sport, to really get the players involved,” added Martin. “This was an opportunity where Curling Canada, the Slams, the Tour and players could all get together and do a really good job on this, and I think that has occurred.” Bottcher, meanwhile, can look at the end product with some pride, knowing that as a young curler making significant inroads on the high-performance scene, he helped make a difference in the sport. “It was a huge time investment for me, but I’m going to be using this system for the next 20 years, hopefully,” said Bottcher. “So I’m fairly invested in the process of getting it right because I’m ultimately the one who’s going to have to live with it one way or the other. So it’s just easier if I’m involved in the process. It’s hard to complain if you did nothing at the start, right?”