Sibling rivalries on the ice

Curling has always been a family affair for 20-year-old Andrew and younger sister Karlee, 17, of Truro, N.S. However, the closer-than-most siblings took things to a whole new level over Halloween weekend when both siblings competed at the BrokerLink OVCA Superspiel in Ottawa, Ont. 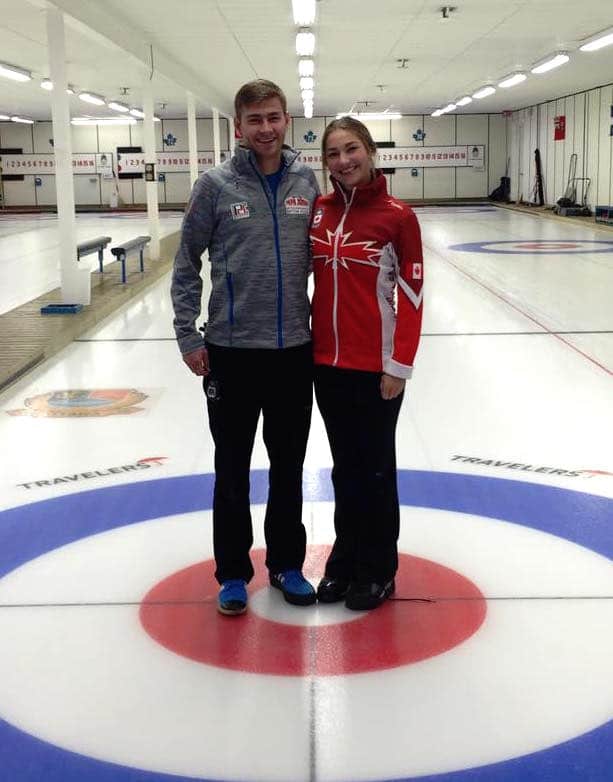 Andrew, was playing third for the Rene Comeau rink out of Fredericton, N.B., (2015 Junior national bronze medallists), while Karlee was making an appearance at lead with the 2016 Youth Olympic Games team skipped by Tyler Tardi of British Columbia. As fate would have it, the siblings met head-to-head in the first draw of the event, Friday morning. This was the first time that Andrew and Karlee had ever played against each other in a competitive curling game. “Playing my brother the first game was different,” says Karlee. “For example, shaking hands was weird. We were both holding back a smile.” Andrew agreed that it was a bit of a different curling experience for him too. “I’d say it was definitely a new experience competing against her, rather than always watching and supporting,” he says. “It was more of a sibling rivalry, I guess. I would say I was a bit more nervous before the game than usual. I figured we may have had to face each other at some point but it was pretty special that it ended up being the first draw.” 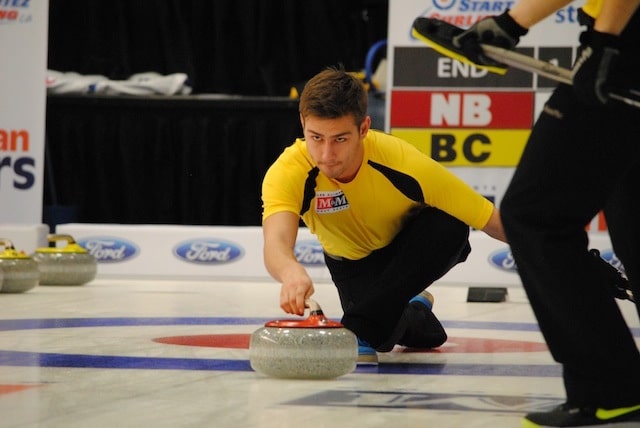 This memorable match (in which team Comeau defeated team Tardi), is just another chapter in the Burgess family curling story. Andrew and Karlee are the children of Craig Burgess, a junior national and world champ in his own right, curling out of New Brunswick with the Sullivan rink. Craig went on to win two silver medals at the Brier. Craig is the son of Jim Burgess, an accomplished player and most notably the coach of 1997 Canadian Junior Champion, Meredith Doyle. The list of accomplished Burgess family curlers goes on and on. Karlee and Andrew are just the most recent success stories. Karlee and Andrew both express a lot of gratitude towards growing up in a curling family. 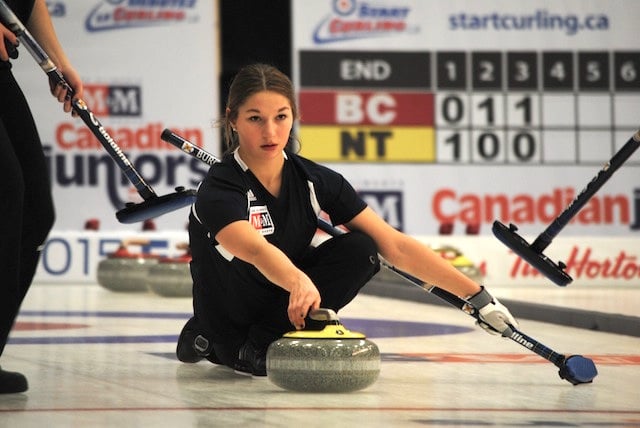 “The best part about growing up in a curling family is that I’ll always have someone from my family at the club watching me,” says Andrew. “Everyone in my family is so close because we share the same interest in that sport, and no matter wins or loses, our family always has each other’s backs.” He agrees that their family dynamics are an asset for him as a competitive player. “Growing up in such a strong curling family, I would say, gives me a great advantage, either from getting an early start (in the game) to total support from your entire family. Having a family with such depth in the sport has opened up opportunities, being known as the ‘curling family’.” Karlee and Andrew’s mother, Allyson, explains that watching her kids grow up together in curling has been a wonderful experience. “Curling has always been a big part of our lives and seeing them continue the tradition has been very rewarding,” she says. “Curling is a sport where you develop friendships that will last a lifetime and we are very pleased that they both will be able to experience this.” Whatever the secret recipe to success that the Burgess family seems to be holding on to, just about everyone agrees that the relationship between Andrew and Karlee is certainly something special. 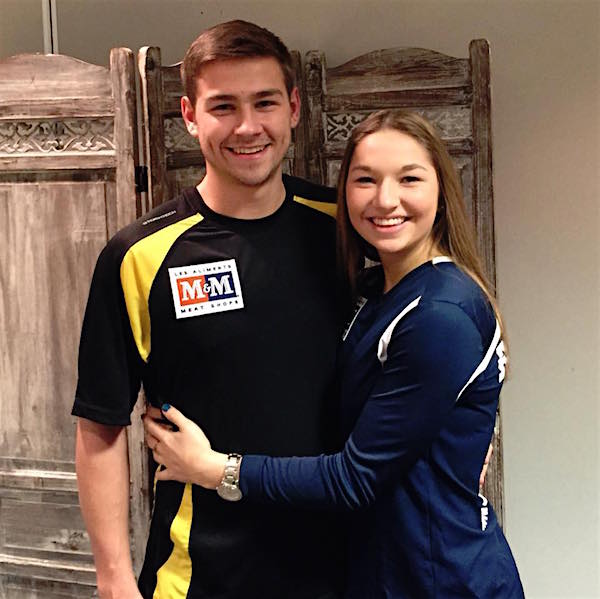 “Karlee and Andrew are the best of friends. Andrew has always been the big protective brother,” Allyson says. “They have a great respect for one another and have always been very supportive of each other. They enjoy spending time together and they love following each other’s progress in curling.” Karlee knows how special it is to share this special relationship with her brother. “My relationship with my brother is something any little sister would dream about. Having him being an extraordinary role model for me, knowing I have someone who is always looking out for me no matter what. Words can’t describe how amazing he is to me. I wouldn’t want it any other way.” 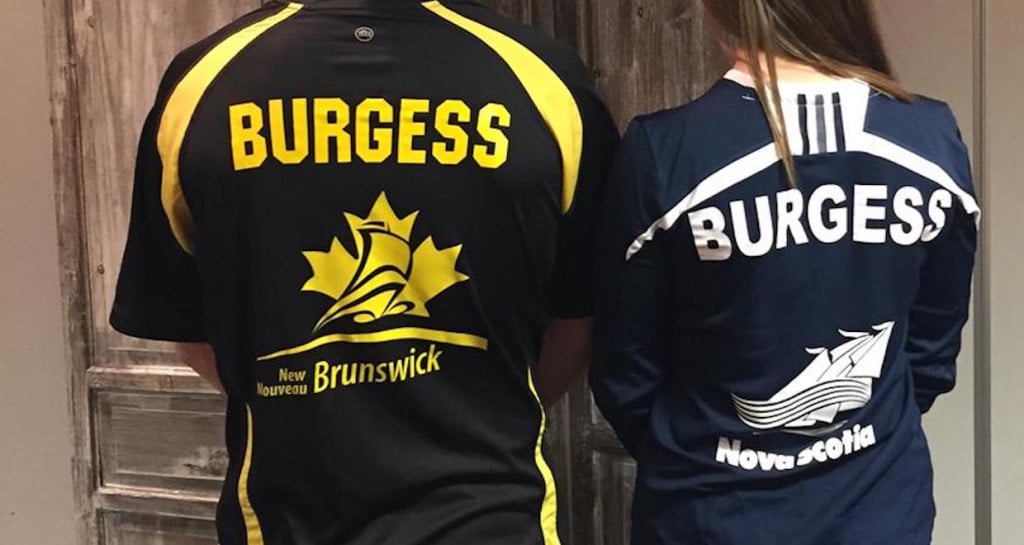