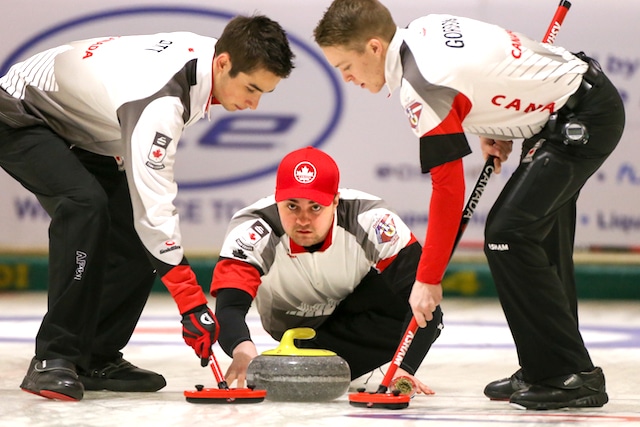 Dunstone and his Winnipeg squad of third Colton Lott, second (and vice-skip) Kyle Doering, lead Rob Gordon, alternate Wade Ford, coach Calvin Edie and team leader Brian Chick, found themselves struggling with the ice at the Taarnby Curling Club throughout the game on Monday evening. Tied 7-7 after nine and facing three Scottish counters, Dunstone’s draw slid just deep, giving up a steal of three in a 10-7 loss, Canada’s first loss of the competition. In their morning game, the Canadians also had their hands full against a strong Swedish team led by skip Rasmus Wranå, the 2012 silver medallist. After giving up a couple of steals – including a single in the first end – Canada was able to squeak out a 5-4 win in ten ends. “We weren’t firing properly throughout and we were lucky that we managed to carve that one out, but we’ll take the win,” said Dunstone. 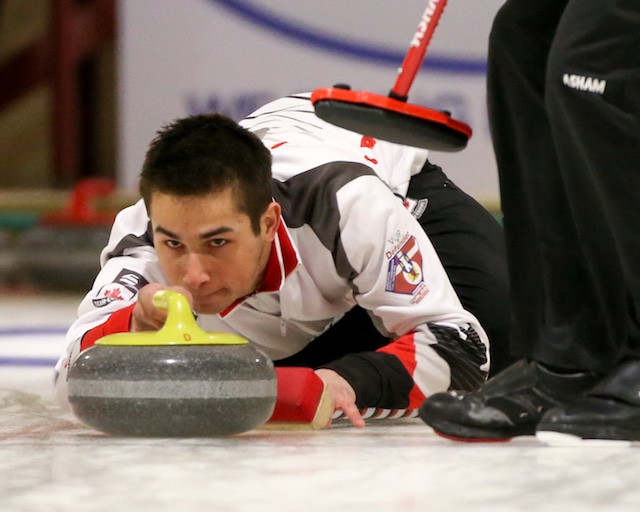 On the women’s side, Fay and her Chester, N.S., team of third Kristin Clarke, second Karlee Burgess, lead Janique LeBlanc, alternate Sarah Daniels, coach Andrew Atherton and team leader Andrea Ronnebeck controlled most of the game against Russia’s Evgeniya Demkina. With a 6-4 lead at the break, Canada blanked the sixth end, then filled the house with rocks in the seventh. With Russia lying one, Fay made a quiet take-out with her final rock to score four points for a 10-4 win. Asked about her team’s success so far, Fay emphasized that they are soaking up the experience of competing on the international curling stage. “I guess it’s just that my team-mates are making some big shots and setting it up well for me,” she said. “It’s just a question of playing every shot, every end, and remembering this is the World Juniors and I don’t know when, or if, we’ll be back.” With today’s win, Fay remains at the top of the standings with a 3-0 record, tied with South Korea. Dunstone falls back into the pack, with seven teams sharing a 2-1 record. 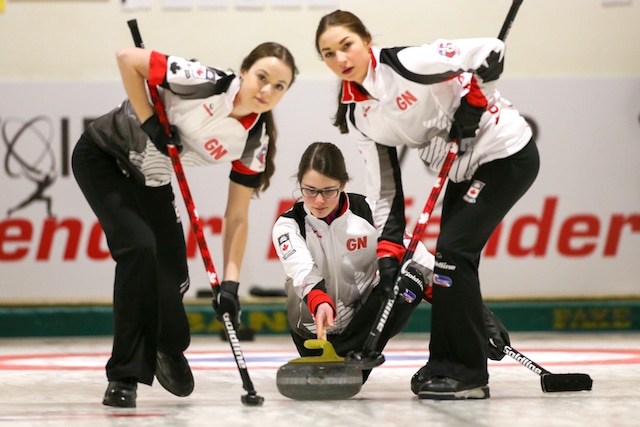