There was a time when the Men’s World Championship signalled the end of the curling season. Once a winner was crowned, clubs would pull the plug on their compressors, and curlers would go outside to find something called “sunshine” and anxiously polish golf clubs until the ground thawed enough to play. Times have changed. First of all, most of the country hasn’t had a sniff of spring weather yet as cold temperatures and snow linger well beyond their welcome. But also, there’s a lot more curling left to play. This week, the World Curling Tour arrives in Toronto for the Pinty’s Grand Slam of Curling’s Player’s Championship. For the third time in four years, this event is being held at Ryerson University’s Mattamy Athletic Centre, more famously known as the old Maple Leaf Gardens. The top 12 men’s and women’s teams will compete for a share of $100,000 (for each gender) and valuable points on the Canadian Team Ranking System, World Curling Tour Order of Merit, and the Rogers Grand Slam Cup standings. 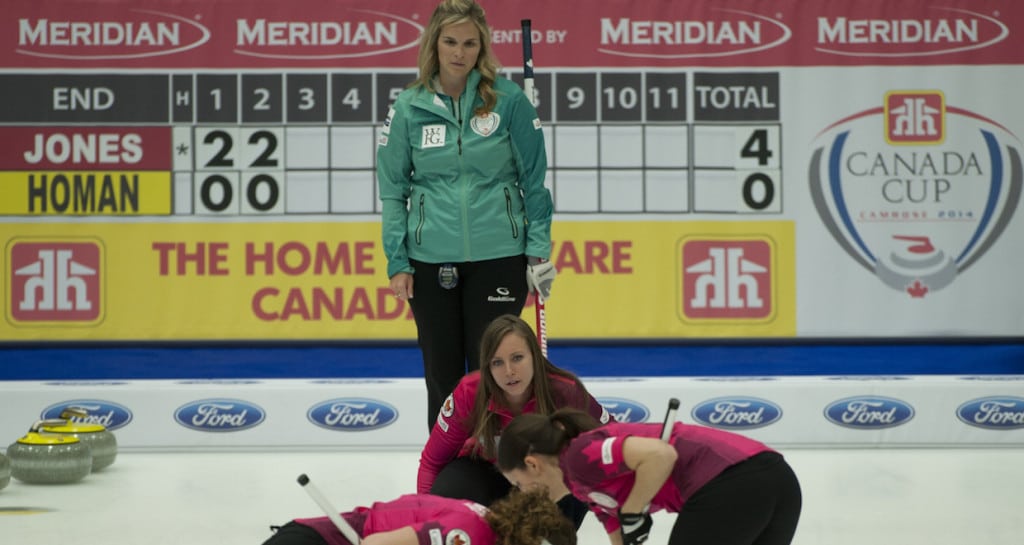 First the CTRS implications: When Calgary’s Chelsea Carey failed to earn a medal at the Ford World Women’s Curling Championship, she also failed to earn a direct berth to the 2017 Roar of the Rings in Ottawa. Instead, that berth will go to the highest non-qualified team on the 2015-2016 CTRS. While Ottawa’s Rachel Homan has a huge lead on the CTRS, she also previously qualified for the trials by winning the Home Hardware Canada Cup. That means we have to look at the next names on the list: Jennifer Jones (365.784), Val Sweeting (338.565), and Carey (307.013). Winning a Grand Slam event will likely earn you more than 80 points, while just qualifying for the quarterfinals is usually in the neighbourhood of 35 points. That being said, it’s plausible that Jones or Sweeting seem poised to take a step closer to locking down that berth. Of course, there is yet another Slam on the schedule with the Champions Cup, meaning that ticket won’t be officially punched until May 1st. Now the Rogers Grand Slam Cup: Homan has won three Slams so far this year, which means she’s all but a lock for the women’s $75,000 bonus. If her team even wins a game this week in Toronto, it should be enough to claim the top prize. The men’s race, on the other hand, is definitely up for grabs. Brad Gushue (St. John’s) currently leads the field with 35 points, but Calgary’s Kevin Koe is not far behind with 31. A win is worth 25 points, a runner-up finish is 19, a semi-final is 15, and quarter is 11. Again, there are too many combinations to count, but it’s fairly safe to say that Gushue and Koe will be keeping a close eye on each other, and should they meet in the final, a lot more than the championship would be on the line. 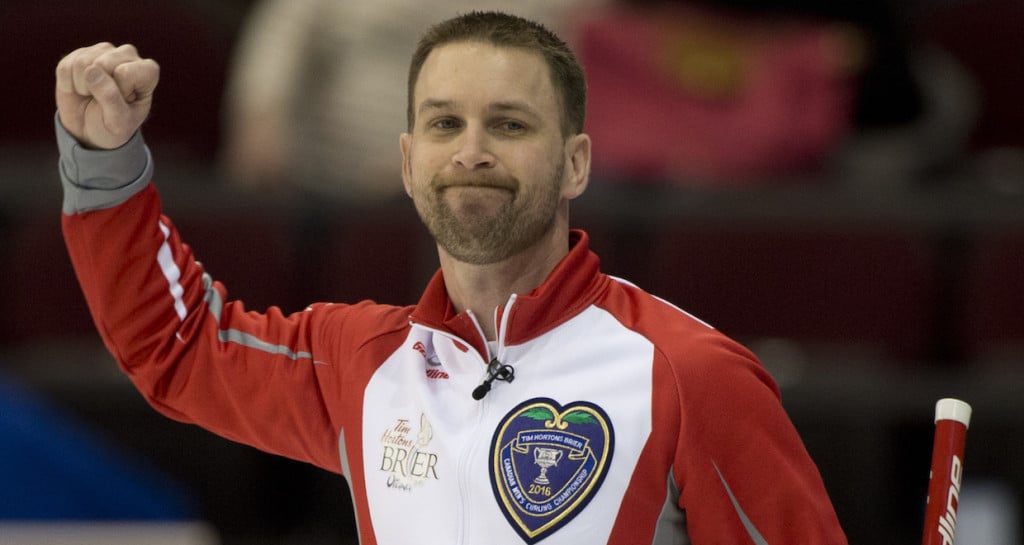 The Grand Slam series will continue experimenting with new rules this week. Aside from the 5-rock free guard zone (which has become standard for the GSOC), they are now limiting which brushes are used, and more specifically on which side of the stone. While most of the complaints lately have been in regards to “sharp” brush heads promoting extra curl, this rule won’t allow for switching brushes to suit the shot. The Players Championship begins Tuesday at 7 p.m. EST.