For the third time in four years, the Canadian Wheelchair Curling Championship will be contested in Boucherville, Que., it was announced today by Curling Canada. 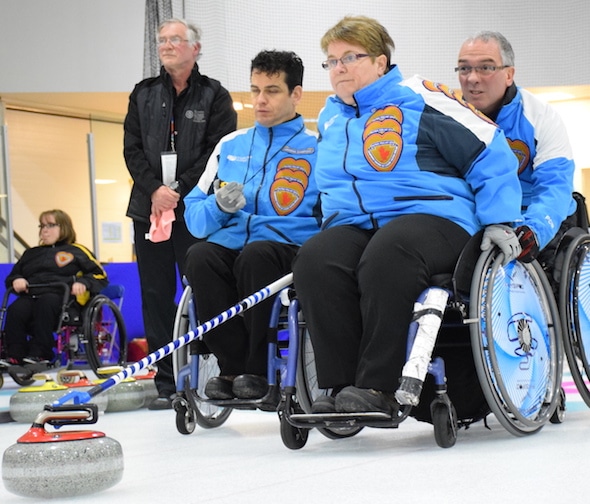 The 2017 wheelchair nationals, the 14th renewal of the championship, will take place April 24-30 at Club de curling Boucherville in Boucherville.

“We are proud of the confidence shown by Curling Canada towards Défi sportif AlterGo for the organization of Canadian Wheelchair Curling Championship,” said Maxime Gagnon, director of Défi sportif AlterGo. “It is an honour for the Défi sportif AlterGo organizing committee to host, for the third time, this important event in Boucherville. We will offer, once again, a quality event for the Canadian athletes and hope to host an international competition for curling athletes in the future.”

The national championship has been contested annually since 2004, and since then has been won five times by British Columbia teams, including the 2015 event in Boucherville when Gerry Austgarden skipped his team to victory. Other past B.C.-based national champions were teams skipped by Darryl Neighbour (2007), Jim Armstrong (2008 and 2009) and Gary Cormack (2010).

Last year in Regina, Darwin Bender thrilled his hometown fans by leading his Saskatchewan team to victory — his second national title after prevailing previously in 2012.

“We’re truly excited to welcome the Canadian Wheelchair Curling Championship back to our province, and Club de curling Boucherville has shown repeatedly that it is a welcoming host to Canada’s wheelchair curling athletes,” said Marc-André Robitaille, Executive-Director of Curling Quebec. “Working with the great people at Défi Sportif AlterGo, I’m confident that the curlers, their families and fans will have a memorable experience in Boucherville.”

Representatives from the 14 Member Associations are eligible to compete in Boucherville. The teams will play a round-robin draw leading to an Olympics/Paralympics-style playoffs in which the first-place team will play the fourth-place team in one semifinal, while the second- and third-place teams will meet in the other.

“I know the curlers will be excited to hear they’re returning to Boucherville for the 2017 Canadian Wheelchair Championship,” said Hugh Avery, Chair of the Curling Canada Board of Governors. “Défi sportif AlterGo, as well as the members and volunteers at Club de curling Boucherville have done a magnificent job in the past, and I’m confident that nothing will change in 2017.”