To say there was some movement on the Canadian Team Ranking System leaderboard this weekend would be a massive understatement. With a number of big events for both men and women, it would be easier to name the few teams who didn’t score some big points over Thanksgiving, instead of all the ones who did. 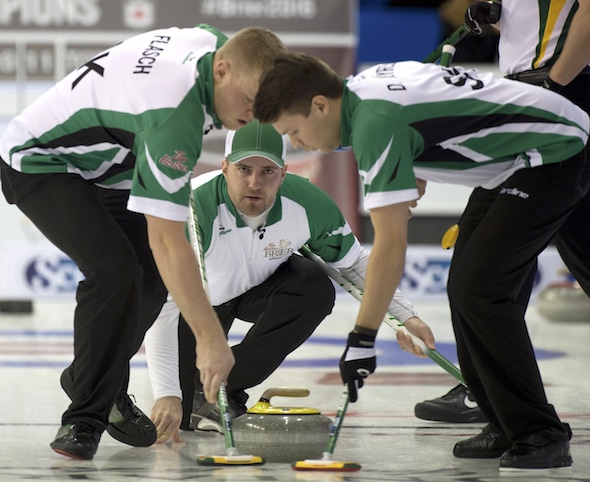 Only Winnipeg’s Mike McEwen and Ottawa’s Rachel Homan didn’t add to their CTRS totals, and that was because they both opted not to play this weekend.

Every other team padded its numbers, most notably Saskatoon’s Steve Laycock and Team Brad Gushue (St. John’s) on the men’s side, and Casey Scheidegger (Lethbridge, Alta.) and Jennifer Jones (Winnipeg) for the women. 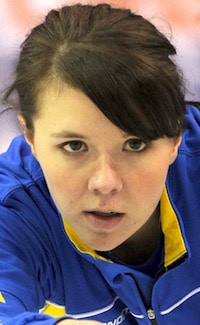 Scheidegger (backed up by third Cary-Anne McTaggart, second Jessie Scheidegger and lead Stephanie Enright) defeated Jones 6-5 in an extra-end final at the Curler’s Corner Autumn Gold Classic in Calgary. It was Team Scheidegger’s second event win in as many tries, which moves them into second place on the women’s CTRS list, exactly one point ahead of Team Jones.

Jones, who returned to the lineup this weekend following a brief maternity leave, earned 49.163 points, while Scheidegger racked up 62.5716 points and $14,000 for the win. They both trail CTRS leader Alli Flaxey (Caledon, Ont.), who scored another 26.816 points for her quarter-final finish.

The race is tightening up, though.

The same could be said in men’s CTRS race. Although Team Gushue, currently first on the CTRS, won the Stu Sells Toronto Tankard (still without its injured skip), they weren’t the only big winners on the weekend. Laycock (with teammates third Kirk Muyres, second Colton Flash and lead Dallan Muyres) won the Direct Horizontal Drilling Fall Classic in Edmonton with an extra-end 5-4 victory over Winnipeg’s Reid Carruthers.

Gushue still holds the No.1 spot over Winnipeg’s Jason Gunnlaugson, but there is a crowd close behind, including Epping, who sits in third.

Other CTRS leaders who made gains were Calgary’s Kevin Koe and John Morris of Vernon, B.C., who finished with semifinal losses in Edmonton.

Virtually every other team near the top of the CTRS, both men and women, also gained substantial points based on playoff placing in various events.

— Chad Stevens defeated Stuart Thompson in an all-Halifax final in the Bud Light Men’s Cashspiel. Kristen MacDiarmid of Dartmouth, N.S., won the women’s side of the Halifax event.