For Mike McEwen, this weekend couldn’t have come soon enough. In a 2016-17 season that has been largely forgettable to date, McEwen’s Winnipeg foursome finally came away with a result to remember. 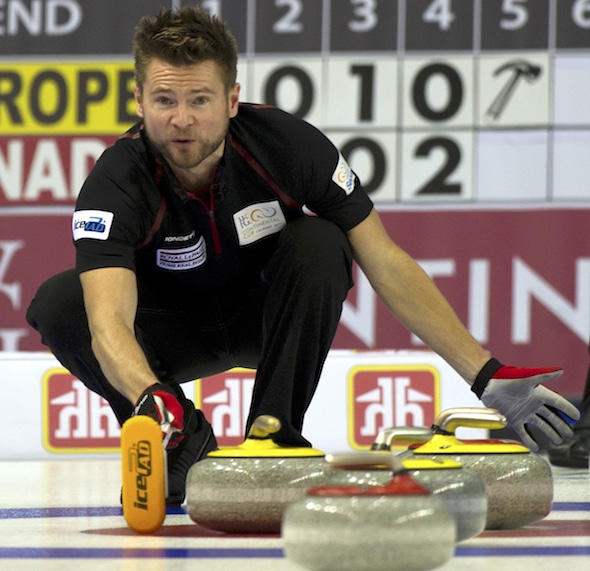 After a fall that saw them fail to qualify in three straight events, McEwen and Co. built on qualifying efforts at the last two Grand Slam of Curling events, and finally put it all together to win the DEKALB Superspiel on Monday in Morris, Man.

Before this weekend, the struggling squad hadn’t made it past a quarter-final appearance in any of the events it played this season. Considering just two years ago it felt like the team couldn’t lose a game, the current season has been a grind.

But with the good Slam performances, and the win in Morris, McEwen and Co. (B.J. Neufeld, Matt Wozniak and Deni Neufeld) seem to be gaining steam as they head towards the meaty part of the season, including the 2016 Home Hardware Canada Cup, presented by Meridian Manufacturing, beginning Nov 30 in Brandon, Man. The DEKALB victory earned them $11,000 and 46.260 points on the Canadian Team Ranking System, and World Curling Tour Order of Merit.

Fellow Winnipegger Willie Lyburn skipped the only team to beat McEwen on the weekend, besting him in an A-Side matchup. McEwen fought through the “B” qualifier and got his revenge on Lyburn in the final with a convincing 9-4 win. Lyburn got $6,600 for his effort, along with 36.347 CTRS points.

On the women’s side, another team seems to be gaining momentum. After starting the season without their skipper, Team Jennifer Jones is rolling, now that Jones has returned to action.

It was the first win of the season for Jones, but prior to this, the reigning Olympic gold-medallists had already qualified in every event in which they played. The points now leave them in second place behind CTRS leader Allison Flaxey (Caledon, Ont.) who was a quarter-finalist in Morris.