As Canadians across the country settle into the meat of the holiday season, top curlers are no exception. Most teams take a week or two around Christmas to spend time with family, and recharge the batteries before the competitive playdown season ramps up again in January. 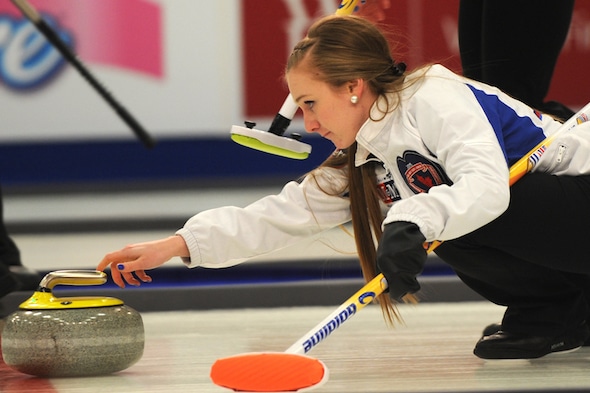 That’s not to say they’re all idle … but those who did play this week needed their passports, as no World Curling Tour event was scheduled in Canada.

Instead, they travelled to such exotic locales as China, Japan and Minnesota.

Kamloops, B.C.’s Corryn Brown, the 2013 Canadian junior women’s champ, took home the top prize at the Qinghai China Women’s International in Xining, China, by defeating Scotland’s Hannah Fleming in the final. Brown, representing Canada with her junior-aged team (Marika Van Osch, Dezeray Hawes and Samantha Fisher) in the eight-team event, went through the round-robin at 4-3, before defeating Germany’s Daniella Jentsch in the semifinal. The win earned Brown $13,331 Cdn and 14.438 points on the Canadian Team Ranking System and WCT leaderboards.

On the men’s side of the Qinghai International, Winnipeg’s William Lyburn was representing the Great White North, and finished his round robin at 6-1. After defeating Craig Brown of the U.S. in the semi, Team Lyburn faced Norway’s Thomas Ulsrud in the final. A big steal of three in the eighth end, put the game away in favour of Ulsrud, so Lyburn’s foursome (Jared Kolomaya, Richard Daneault and Braden Zawada) settled for silver, taking home $6,666 Cdn and 15.469 CTRS points.

In Japan, the Karuiizawa International hosted 15 men’s and 15 women’s teams, playing for a combined 5,000,000 yen. Edmonton’s Val Sweeting went 2-2 in her pool, and failed to advance to playoffs. On the en’s side, John Morris skipped his Vernon, B.C.-based squad (Jim Cotter, Tyrell Griffith and Rick Sawatsky) to a 3-1 record in the pool, which lined him up for a quarter-final battle with Denmark’s Rasmus Stjerne. Morris won that, before falling to Scotland’s Tom Brewster, who went on to win the final over fellow Scotsman David Murdoch. Morris earned $2,262 CDN and 17.786 CTRS points.

Montreal’s Eve Belisle also reached the playoffs, losing to Chyz in the quarter-finals, and taking home $1,066 and 9.431 CTRS points.

Winnipeg’s Matt Dunstone and Regina’s Shaun Meachem both reached the men’s semifinals before falling to U.S. teams. Dunstone and Meachem each earned  $3,333 and 19.012 points.