BEIJING — The first box has been checked off for Team Canada at the 2017 CPT World Women’s Curling Championship, presented by Ford of Canada. 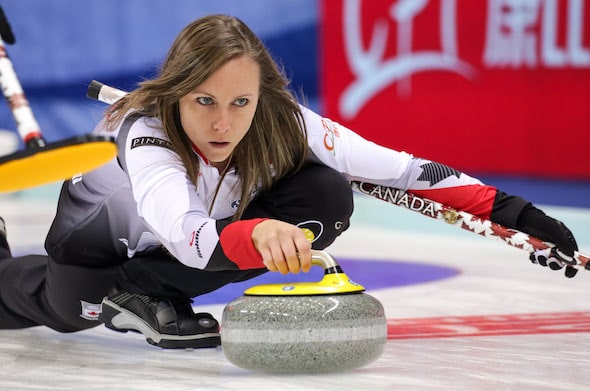 Rachel Homan and her Ottawa team rolled to a 6-4 win over Sweden’s Anna Hasselborg on Wednesday afternoon at the Capital Gymnasium to extend their win streak to eight games.

More importantly, the victory locked down a top-two finish in the 12-team round-robin standings, assuring that Canada will play in the Page 1-2 playoff game on Friday evening (7 p.m. local; 7 a.m. ET); the winner of that game will go straight to Sunday’s gold-medal game (3 p.m. local; 3 a.m. ET). 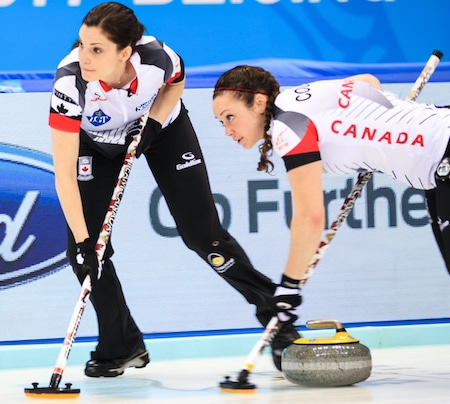 It was a textbook performance from Canada, using a blend of precision big-weight takeouts and precise draws to rarely give the Swedes an opening.

Canada opened the scoring in the second, with Homan taking advantage of Hasselborg’s rubbing on a guard in her takeout attempt to make an open draw for two — set up by Miskew’s cracking raise double takeout earlier in the end to erase a Swedish steal threat.

Sweden tied it up in the fourth, Canada restored the two-point lead in the fifth, again with Homan making an open draw after Hasselborg rolled too far on a hit attempt.

The Swedes were forced to a single in the sixth, and after blanking the seventh, Canada executed a clinical eighth end to score a timely pair, and all but snuff out Swedish hopes.

“We played well that game, and we’re trying to just keep building momentum, keep learning,” said Weagle. “It’s great to know we’re in the 1-2 game. The goal is always to make the playoffs, and the second goal is to make the 1-2, so it’s a relief to hear that when we come off the ice.”

Sweden dropped to 6-2 with the loss — still very much in the picture for a Page 1-2 rematch with Canada on Friday. 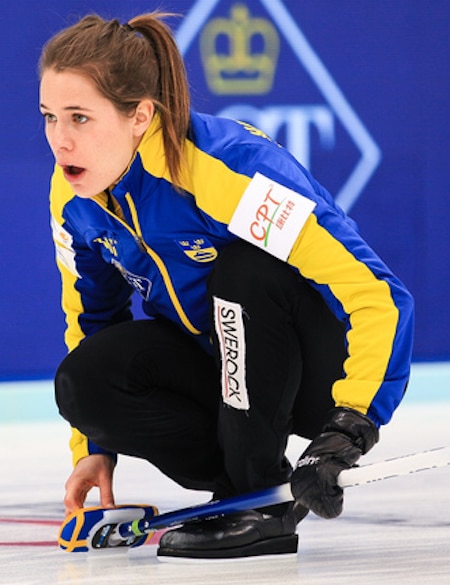 Canada, meanwhile, can lock down first place and be assured of first-end hammer in the playoffs with a win later Wednesday (7 p.m. local; 7 a.m. ET) against Anna Kubeskova of the Czech Republic (4-4).

“We’re going to try to rest as much as we can when we have the opportunity,” said Homan of the approach to close out the round robin. “But we also need to focus on everything that we’ve been doing like these past few games, to make sure we continue the same kind of game going forward.”

In other Wednesday afternoon games, Scotland’s Eve Muirhead stayed in contention with a 7-4 win over Switzerland’s Alina Pätz, leaving both teams with 5-4 records; Germany’s Daniela Jentsch (4-4) was a 6-4 winner over Nina Roth of the United States (4-4); and Italy doubled China’s Bingyu Wang (2-7) 8-4.