Meeting challenges with innovation at the Calgary Winter Club

Imagine you’re leading a busy life in Calgary, Alta., but you’re looking for something fun to do during the winter. Something that isn’t a huge time commitment (because you’re busy, right?). Something that won’t break the bank. Something that even allows you to bring the kids along, rather than hire a babysitter. Impossible? No way – just ask the convenors of the Six Pack League at the Calgary Winter Club and they’ll tell you this is a terrific initiative to attract new members through the doors of your curling facility and onto the ice. “The Saturday Night Six-Pack League is a concept that came after some research,” says Margo Weber, a member of the CWC’s busy volunteer base. “After talking to curling clubs around Alberta, we learned that curlers who are just trying the sport were looking for fun with low commitment.” 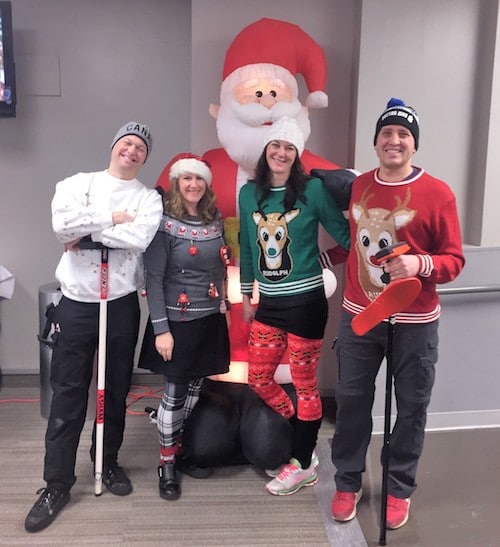 The league runs one Saturday night per month for six months (October-March), which means six nights of curling, six ends per night. Each night has a theme, such as wine night, beer night, Brier night and, of course, Ugly Christmas sweater night. And while any parents are on the ice, the younger kids hang out together at a movie night, a built-in childcare solution. “This league sold out ten sheets and was a huge success. Registrations opened in June 2016 and we had 84 curlers by the end of July 2016,” says member Brenda Rogers. Unlike most curling facilities, the Calgary Winter Club is a private club of 8,000 members, “like a small town,” Rogers describes it. CWC offers 10 sheets of curling ice, two pools, bowling lanes, a skating rink, badminton and squash courts, indoor tennis courts, and all the other fitness, yoga and training rooms its active and athletic members require. The 280,000-square-foot building also includes a cafeteria, lounge/bar, dining room and banquet room. In other words, it’s a happening place, with curling – the only seasonal sport at CWC – located right in the centre of the building, for all to see. 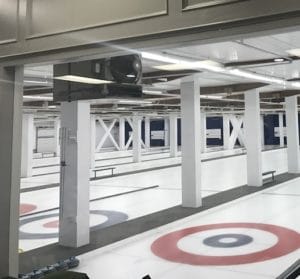 But the curling rink has a low ceiling and support pillars throughout, which makes it difficult to use for other activities during the off-season. For revenues, the curling club has to rely on sales of food and beverages, as well as a small sports shop and membership fees. As one part of a larger sports centre, the curling section is aware that it needs to show the overall management that curling can attract membership and contribute to the success of the CWC team. A recent suggestion from management that two sheets of ice might be taken over to expand the building’s cafeteria started volunteers thinking: how can we not only maintain our role here at CWC and, more important, how can we grow? Enter the Growth Committee, started in the 2015-2016 season and committed to a five-year plan to grow curling by five per cent each year for four years: 100 new curlers, or 25 per cent after five years. For Growth Committee volunteers Barb McDonald, Bill Brown, Margo Weber, Mike Martin and Janice Vejprava, this ambitious goal didn’t take five years, however. At the end of the first year, the committee reports that CWC gained 104 new registered curlers – yes, the 25 per cent milestone reached already. “We need to regroup after such a busy year and come up with some new goals!” the committee’s report says. How did the Growth Committee get the job done? With a combination of hard work and innovative ideas, which included bringing in new curlers (remember that Six Pack League?), running a floor curling program and energetically recruiting kids to the Junior Curling program (up 25 per cent from last year), as well as promoting some popular programs, such as the Doubles League started by Rogers five years ago – the first of its kind in Canada. “The Doubles League is full, with 20 teams,” Rogers says. “We no longer have enough ice to support all of the people interested in Doubles on Saturday mornings.” It runs as an Open League – which means kids might be playing with their parents, spouses playing together, friends with friends, whoever wants to team up – with Doubles rules, playing a full eight ends in 90 minutes. The league has attracted members from other sections at the CWC, as well, and with great success. 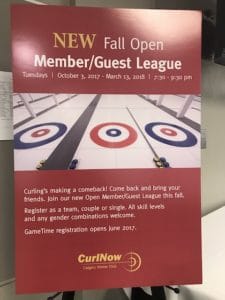 “The league has brought in new curlers including tennis players who have never curled and who have now moved into the Monday night Men’s league,” says Rogers. “Our Ladies leagues are expanding as previous ‘front end only’ players are now in the house calling strategy and making very complicated shots. They have confidence to skip their own teams. These women are tough to play against because they have no fear and draw everything into the four-foot.” The curling club is also experimenting with adding short-term initiatives, such as the two Spring Leagues that ran successfully in March 2017. With other leagues bursting at the seams, word is getting out that curling is cool. Posters and newsletters are popping up around CWC in a CurlNow campaign, showing members in other sports sections that they are welcome at the curling club. “We are starting to reverse some of the stigmas attached to curling in our facility (that curlers are old or unwelcoming, for instance). We are replacing that with an element of youth and fun,” says the report. Curlers from the Calgary Winter Club have earned over 56 Provincial, Canadian, World and Olympic curling banners dating back to 1962. If anyone can meet the challenge of growing and sustaining a thriving curling facility, these curling volunteers can. Oh, yes. Remember that Six Pack League? It may need a few changes, too. “Many regular curlers were turned away, and the league was responsible for a ‘twenty-thirty-something’ crowd that might have never tried curling otherwise,” says Weber. “If it sells out quickly this year, we’ll have to consider adding two leagues.” 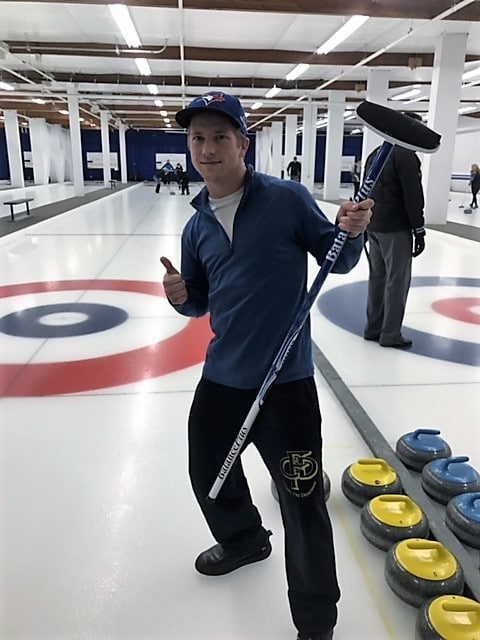